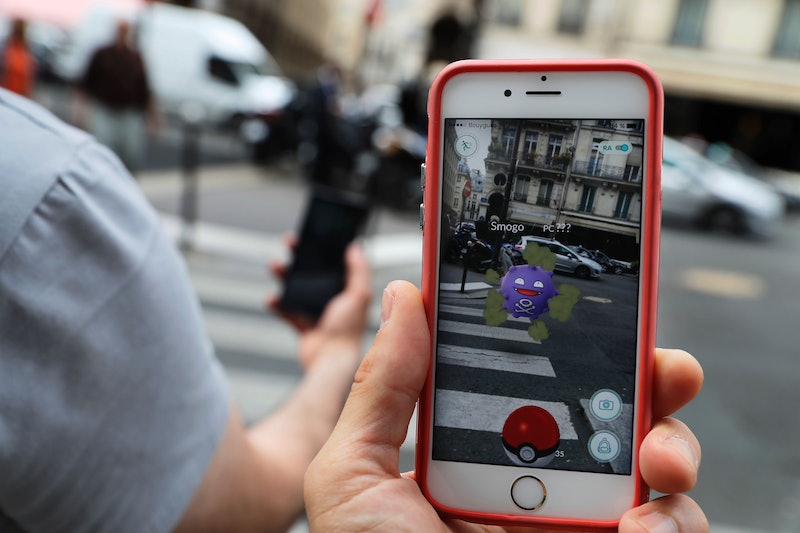 If you've nearly caused a four car pile-up staring at your iPhone in an effort to catch Pokémon, "Pokemon Go Plus" may help with that. The wearable wrist-bound accessory will graciously alert you when Pokémon are near without you having to dig through through a mess of lipsticks and sugar packets (just me?) The frustration is that the release of "Pokemon Go Plus" has been delayed until September, so trainers have a least one more month to figure out how "Pokemon Go Plus" works... so we don't have to jump in clueless like we did with the app.

Before we get into that, let me clarify exactly what "Pokemon Go Plus" is. "Pokemon Go Plus" is an elegant piece of wearable tech, with the basic design looking like a wristwatch with a Poké Ball instead of a clock. It functions by using bluetooth to connect to your smartphone, and is slated to retail for a $34.99. And, because I know you're worried about it looking pretty or not, don't worry: there's already a slew of "Pokemon Go Plus" skins on the market to dress up your device. I mean, if you're going to wear proof of your Pokémon master status, you might as well represent Team Mystic at the same time.

So, now that we have a visual, we should walk through how it works. When you're walking around, "Plus" on wrist, iPhone out of hand, the device will vibrate if you're approaching things relevant to the game. Now, in some cases, this can mean PokéStops (and lord knows you'll need Poké Balls to catch, so don't neglect those). But we're talking about getting those monsters, so when you approach a Pokémon, the app will vibrate and flash... and you need to grab that sucker.

That is, to catch a Pokémon, you want to tap a button on top of the Poké Ball. Theoretically, this will release a Poké Ball to catch the monster in question, and, if your efforts are successful, it'll vibrate twice. Super simple, doesn't drain your battery, and much less disorientating than swiping up 16 times in the middle of the street.

There are some obvious snags with this format, though. As far as I can tell from the stills of "Plus," you can't really tell which Pokémon you're catching. Likewise, it's been reported that you'll only be able to catch Pokémon that are already in your Pokédex. Generally, you'd kind of be losing significant visual aspect, that whole augmented reality thing that makes "Pokemon Go" so delightful. And you'd be paying to do that.

So, yes, I'm really excited to create less car crashes and stop rummage through my purse every three seconds. But I still plan to hold out on "Pokemon Go Plus" and see if really does work as a catching aid. If the wearable seems viable, then I guess sign me up for a Team Mystic skin and let's get walking.