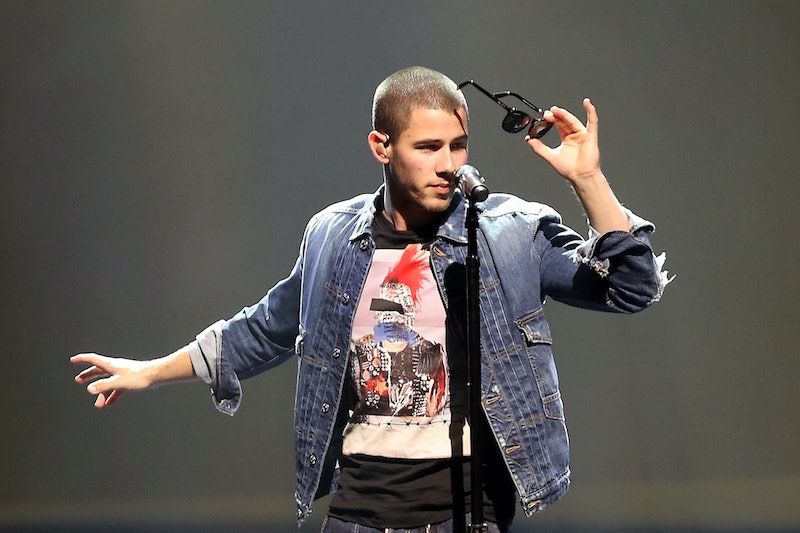 Nick Jonas may be touring around the world with Demi Lovato right now, but he can also be spotted on TV every week in a supporting role on the Audience Network's MMA drama. However, with such a busy music career, will Nick Jonas return to Kingdom Season 3? He's been a part of the show since the beginning, so I think it's reasonable to believe that unless the networks announces otherwise, he'll be back for more episodes. DirecTV's Audience Network renewed Kingdom for Season 3 back in June, and throughout Season 2B, Jonas' character, Nate, has been prominently featured.

In a pre-Season 2B interview with Collider, Kingdom showrunner Byron Balasco said of Nate, "Going on that journey that he’s on and that discovery of his true and authentic self, he’s going to have to figure out how to create a life around that, that he can be happy with." That doesn't sound like it will be resolved anytime soon and suggests that Nate will be a part of the series for seasons to come. He is still trying to get over the sexual assault he suffered while supporting his mother, Christina, after her own traumatic attack. He's also still struggling to come to terms with his sexual orientation, and none of these are storylines that can be quickly resolved in the Season 2 finale.

It's always possible that Kingdom is going to pull a surprise death for Nate in either the finale or in an early Season 3 episode. However, after (major spoiler alert) the shocking murder of Ava in Season 2's penultimate episode, I think the series may pull back on the unexpected deaths in favor of more character development. Killing off Nate after that would be too much in the span of just two episodes.

As for the actor behind Nate, Jonas is still on tour, so he hasn't been filming more Kingdom episodes, nor has he mentioned receiving or reading any new scripts in any of his recent tweets, where he often talks about what he's up to. But after his recent VMAs snub, Jonas did mention that he has "so many amazing things" going on in his career right now, and maybe he meant to include his ongoing role in Kingdom among them.

Jonas' dramatic role on Kingdom may be taking a backseat this summer while he tours, but his character's ongoing arc and his efforts to diversify his career all but guarantee that when Kingdom returns for its third season, Nate should play another pivotal role.