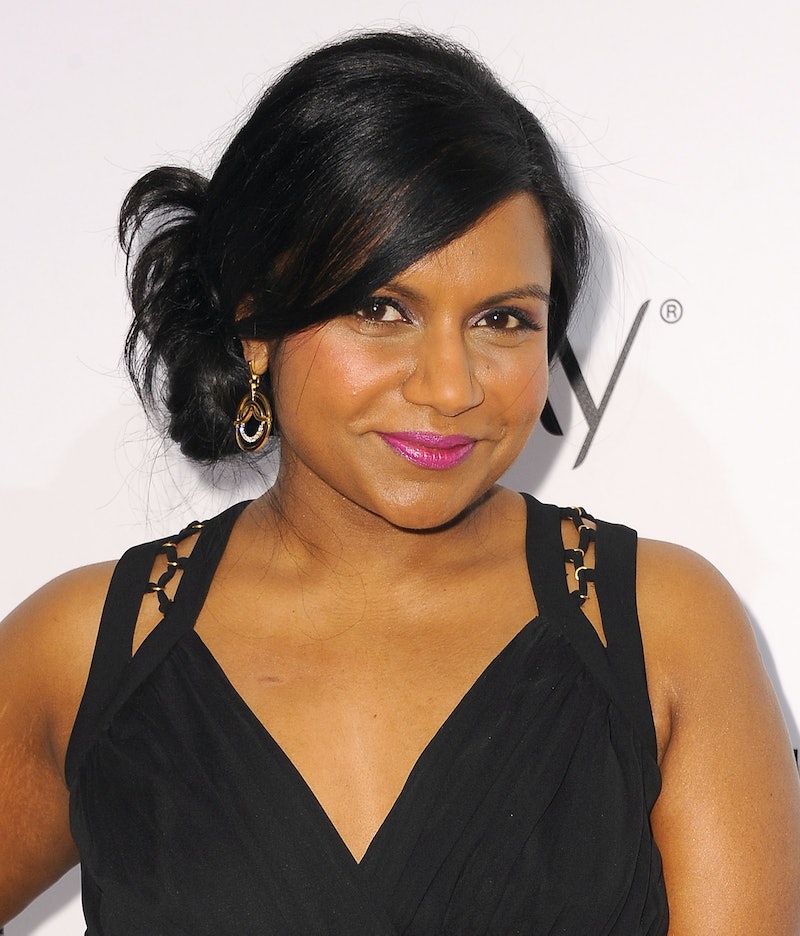 "It's challenging to get your own show, no matter what. It's just hard," said Mindy Kaling, answering for probably the millionth time the question of whether being a woman of color has made it more difficult to succeed. "I don't want to deny who I am because it's so important to me, but I can't rely on it. People will think you're not funny because of the way that you look.You can think, 'Am I the victim of this situation?' or think, 'I'm in charge of it.'"

Then she said, "My mic is rubbing against my statement necklace."

Kaling, the beloved writer, director, and star of the recently renewed Fox sitcom The Mindy Project was on stage at Austin's South By Southwest Interactive conference Sunday, being interviewed by Marie Claire editor-in-chief Anne Fulenwider on a topic Kaling has been asked to address time and time again: the recent success of female showrunners on television and how women in general can get ahead in traditionally male-dominated industries.

Kaling was as funny and smart and self-deprecating as usual — referring, for instance, to her "singular, Richard Nixon-like focus" — but she was also frank with her interviewer and audience about the way she is constantly asked to address questions that would never be posed to non-minority showrunners. When one audience member asked whether it was a conscious decisions to have Kaling's character, Dr. Mindy Lahiri, be the only female doctor of color on the show, Kaling responded,

"I'm a fucking Indian woman who has her own fucking network television show. No one asks any of the [runners of other] shows I adore why there are no women of color as leads, and I get asked this." Kaling said that people seem to have higher expectations of her because she has proven there’s a place on TV for women who look and think like her.

Kaling also emphasized several times how lucky she has been to work with executives, fellow writers, and castmates “she thinks are cool,” noting a couple of times that all of the men she works with identify as feminists.

Kaling and Fulenwider were joined by Mindy Project co-stars Ike Barinholtz and Adam Pally, who were basically there to talk about what Mindy's like as a boss.

Barinholtz, who plays nurse Morgan Tookers on The Mindy Project, gave Kaling rave reviews on that front, calling Kaling, “The best boss I’d ever had,” and assessing her, “Much like Kim Jong-un, she rules with an iron fist, and sometimes in that fist is a rose.”

Kaling also revealed that she's writing a second book, but invited audience to hold their applause until they read it.

When a young woman in the audience asked Kaling’s advice for maintaining authority and professionalism without squelching the girliness Kaling famously refuses to hide, Kaling advised her,

“Be really good. Have a great work ethic. But also be like, ‘Shit, Michael Fassbender is so hot.’”