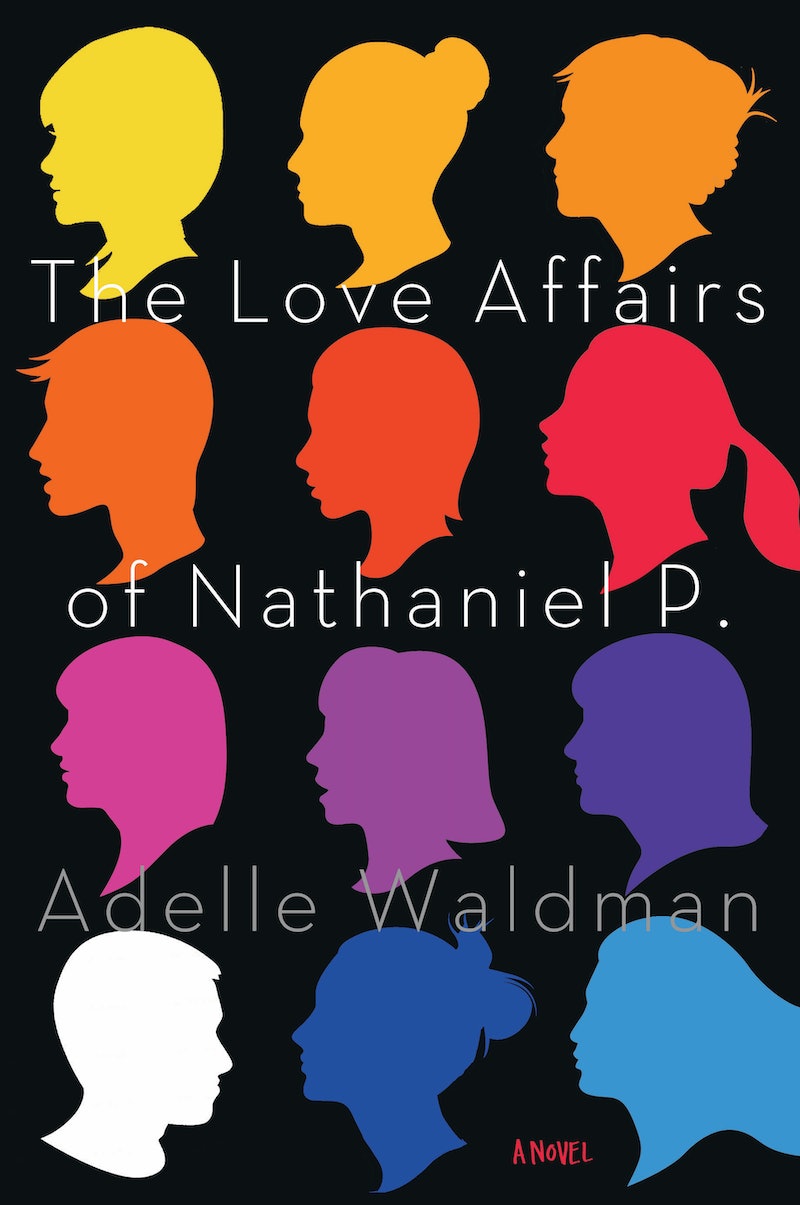 By now we’ve all heard about J.K. Rowling’s—excuse me, Robert Galbraith’s—crime novel, The Cuckoo’s Calling. Rowling may have taken a pseudonym to avoid the publicity attached to her name, but it’s hardly the first time she’s gone for a pen name. Her publisher originally convinced her to change from ‘Joanne’ to ‘J.K.’ (fake middle name and all) to keep the Harry Potter series (you know, the one with the titular male protagonist?) little boy-friendly. Because, presumably, even a male lead isn’t enough to entice men when a novel is penned by someone with an extra X chromosome.

Which brings us to Adelle Waldman. I’m not saying that Henry Holt should start teasing that The Love Affairs of Nathaniel P. is another Rowling sleeper-cell (though if they do, I expect a check in the mail), but Adelle Waldman could easily be an A. Waldman, right? Especially since she’s written the second coming of Holden Caulfield. (He grew up. He’s a writer. He lives in Brooklyn.) Nathaniel P. is a take-down of the Lena Dunham-helmed Sex and the City-fication of Brooklyn, but the really remarkable thing is how well Waldman can create a convincing late-20-something, self-involved, male voice. Though that shouldn’t be surprising — plenty of men write novels about women, and, for some reason, no one was surprised when Tolstoy nailed Anna K. Waldman’s novel could definitely pluck a resonant string with male readers, should they ever pick it up.

But will they? Meg Wolitzer, author of The Interestings, says it pretty well in her interview with Salon: “What matters in a big way is subject matter and men with very few exceptions, won’t read books about women. Something nebulous and thought-based — a book of ideas — people seem much more willing to have that from a man than a woman.” Nathaniel P. is, definitely, a book of ideas. As the title suggests, it focuses on Nathaniel’s progression through various lovers, and the ramifications he deals with personally and professionally.

I think it’s entirely fair to expand that to “Men don’t read books by women.” Some of that presumably has to do with what Wolitzer describes as “typing”, where publishers match “Serious books with ‘dreamy’ covers – many with women in water, floating or swimming, as though what’s contained within is a kind of dreamy inessential thing — the covers themselves are off-putting.” Luckily, Nathaniel P. is free of that, and instead goes for stylized female silhouettes, but I doubt even a “male” cover will get the novel the attention it deserves. After all, taking a quick peek at men’s lifestyle magazines paints a pretty dismal portrait: Esquire’s “Best Books of 2012” features zero women writers (though one book has a floral cover, so, progress?), and GQ’s “The 21 Books From the 21st Century Every Man Should Read” features four aides. These are recent lists, so it’s not as though we can attribute this gap to “women didn’t have access to education.” This isn't just reserved to men’s magazines; a recent survey from VIDA in 2012 revealed that at the New York Review of Books, just 17 of 92 authors reviewed were female. The fact is that women will read books by both sexes, while men seem to heavily favor their own. Reviewing or featuring a male novelist must seem like a safer bet for publication.

Waldman echoes this in Nate, as he explains that “The writers who impressed him most weren’t animated by a sense of personal grievance. […] Of course, that wasn’t an accurate characterization of all, or most, writing by women. Still, the fact was that when he read something he admired, something written today—fiction, nonfiction, didn’t matter—there was about an 80% chance that a guy wrote it.” It’s casual instances like this, or when Nate describes his girlfriend’s “bovine, Marilyn Monroe-like credulity, [that] transformed her from the Hannah he knew to a girl who allowed herself to be used and shared, a stupid chick who ought to be fucked” that it becomes obvious Waldman is not interested in creating a sympathetic character. As she says in a recent GQ interview “When writing the book, I tried not to think too much about whether I liked him or not. I wanted him to feel real.” And that’s one thing Nate definitely is — for every offhandedly misogynistic remark, there’s a redeeming passage about his inability to talk about sex, or his unwillingness to make fun of his immigrant parents. It would be a damn shame to have this book shuffled into some “chick lit” dungeon because the initial premise — a book about relationships written by a woman — tends to lack appeal for half the reading population.

It’s a pretty sad state of affairs that female writers have to consider (and that this article is arguing for) pulling one over on their intended audience just to get due consideration — especially since it’s been going on since before Charlotte, Emily, and Anne were putting the "bro" in Brontë. But Waldman should use a penname not because women writers should concede defeat to a society that’s going to ignore women forever, but because this is the kind of problem that needs an inside job to fix it (“You don’t read female authors? What about the A. Waldman, A. Grey, and M. Wolitzer on your shelf?”) Now, it seems absolutely insane that someone would pass up one of Rowling’s books purely because she’s a woman, but that’s because she’s so successful — probably at least partly due to eschewing ‘Joanne’. Judging by the current publishing climate, Waldman would benefit from the same strategy.