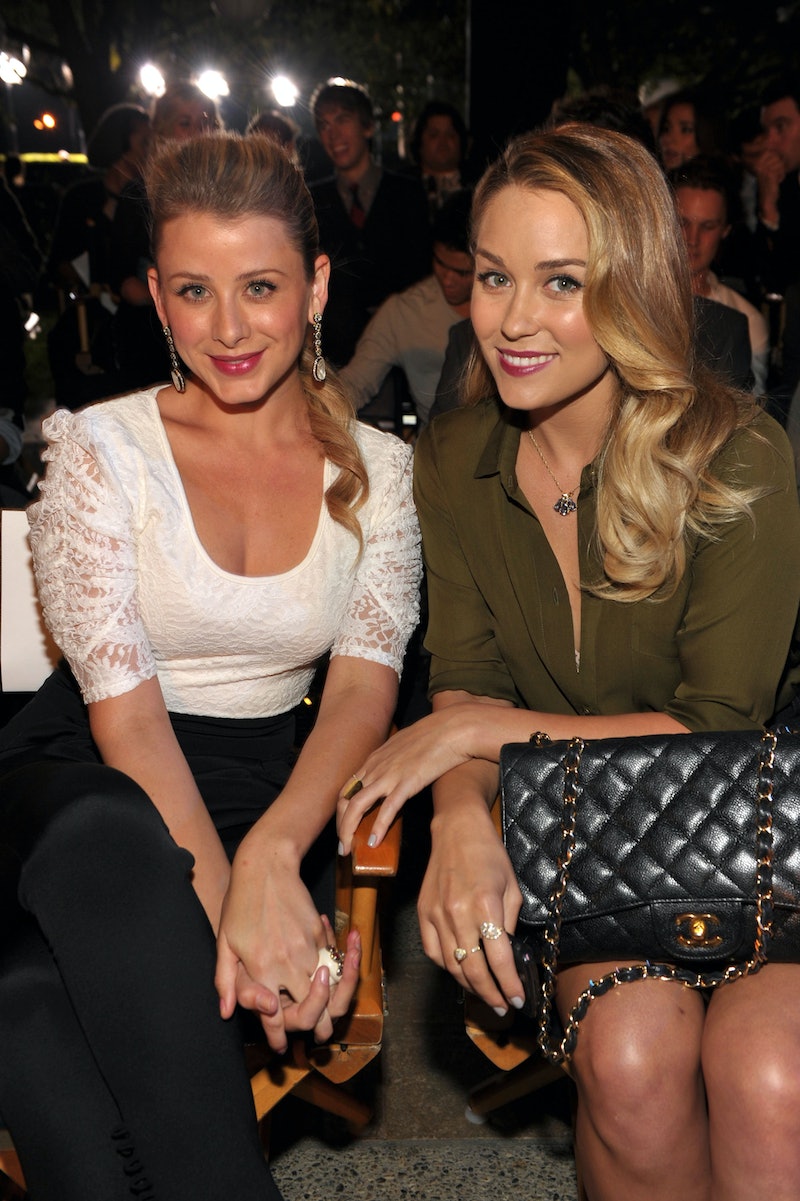 Few things make me quite as nostalgic as watching old episodes of Laguna Beach and The Hills. And, with The Hills Anniversary Special on Aug. 2, we now have the perfect excuse to marathon as many episodes as possible. There are so many memorable moments to relive — from the very frequent blowouts to the sentimental moments, the show certainly never lacked drama. (Whether it was real or staged is still a matter of debate, but it was amazing to watch either way.) I'd say this occasion calls for a full rewatch of every single season, but sadly that may take up too much time. So, I've compiled a handy list of The Hills episodes to rewatch on Hulu.

Unfortunately not every episode is on Hulu — all episodes of Season 1 are mysteriously absent. If you're itching to watch Season 1, don't despair — it can be watched on MTV's website. But, Seasons 2 through 6 are available to stream in their entirety on Hulu. Don't know where to start? Here are some of the best episodes that deserve a rewatch STAT, not just because they're awesome — they also teach us important life lessons such as birthday parties never end well and always get up when you fall on live TV.

When Whitney falls on Good Morning America, she probably doesn't consider it her finest moment. But, the fact that she immediately got up and carried on as though nothing had happened says a lot about her ability to bounce back. Plus, Anna Wintour approved — so, what else really matters?

Sorry, Jen — your 21st birthday party gets totally upstaged by Lauren and Heidi squabbling yet again. Heidi does the responsible thing and peaces out to an after party with Jen in tow. Lauren and Audrina are left alone at the bar, and it's soapy drama at its finest.

This is hands-down the best episode of The Hills (IMHO). After Spencer allegedly started a false rumor that Lauren had a sex tape, she immediately jumped to the conclusion that Heidi was allegedly involved — prompting her to shout the now-famous line, "you know what you did!" during a confrontation at Les Deux.

Spencer shows up at Heidi's girls' night at a club — and he brings a bunch of other girls (because, of course.) The result is a public showdown between the pair and it's also sorts of dramatic. On the bright side, Lauren gets a job offer from Kelly Cutrone — so, at least someone had a good week.

Heidi and Lauren's friendship has been rocky for most of the show — but when she becomes estranged from her family and has no one to lean on, Lauren really comes through for Heidi by putting all hurt feelings aside. Their hug is one of the moments in the series that feels truly authentic. #AllTheFeels

While Lauren is in Italy, Stephanie breaks girl code by going on a date with Doug. But, more importantly, Taylor from The Real Housewives of Beverly Hills, shows up at the restaurant and the worlds of reality TV collide.

Heidi's wedding is approaching and she really wants Lauren to be there — of course the only way that'll happen is if he apologizes to Lauren. It appears that he calls her to make amends — but Lauren stated on The View that, "to be perfectly honest, I wasn't on the other end of that call." Well, this is awkward.

First of all, let's take a minute to appreciate the title of this episode — seriously, has there ever been an episode where someone didn't cry? And this is a special occasion, so tears are a guarantee. Heidi crashes Lauren's surprise birthday party, they both cry about their friendship, and Spencer gets into a fistfight with Cameron. This is also marks the first appearance of Stacie the Bartender, who somehow becomes a regular on the show and it's as amazing as it sounds.

So, what are you waiting for? Let's all celebrate the 10th anniversary of The Hills properly by watching its best episodes.