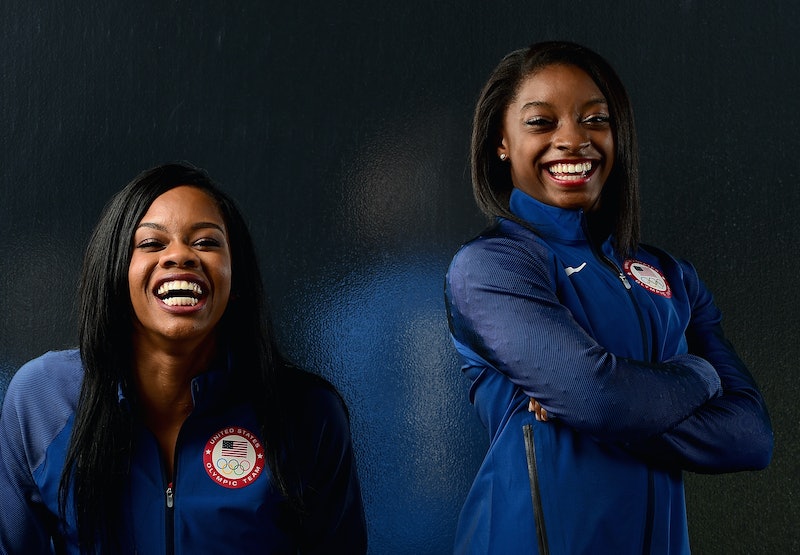 With the Summer Olympics right around the corner (the opening ceremony will be held in Rio on Friday, Aug. 5), it only seems appropriate to compile a list of the 2016 U.S. Olympic athletes to follow on Snapchat. What better way to get updates from the events than right from the athletes themselves? Not only will watching their snaps provide you a unique perspective of their time at the games, but it also offers you the chance to follow their entire Olympic journey. Obviously, this all depends on how often they snap or if they'll capture their time in Brazil through Snapchat at all, but you should probably add them anyways. It's better to be safe than sorry, right?

Seeing as there are a lot of athletes making up team USA, the following list contains only a handful of them. Some are more well-known, with a few new faces scattered throughout who you may want to keep your eye on. Most of them appear to be pretty active on Snapchat, but, again, who knows if they'll keep up with their snapping habits during the Olympics. It is an intense time, so they may want to stay clear of social media and give all of their focus to their events.

Whatever the case, you should still absolutely add the following names to Snapchat, because I'm sure you don't want to miss out on the behind-the-scenes action.

Snapchat is a great way to stay in touch with Biles and her gymnasts friends/teammates.

Do you really need to be persuaded to add the talented gymnast to your list of friends?

If you can't get enough of Hernandez's adorableness, follow the gymnast on Snapchat.

Mikulak is all about using Snapchat to cater to his fans, especially answering questions about his career as a gymnast.

Just look at gymnast Dalton and his cute wife. He loves bragging about her on social media.

Leyva goes all out when it comes to snapping, gymnastics, and his hair game.

The swimmer never fails in providing entertainment, which is proven in his Snapchat profile pic.

When you get snaps of cute kids, why wouldn't you want to follow the basketball player?

The hugely talented boxer is all about keeping her fans up to date on her journey in Rio.

Why should you follow Dorman? Maybe because he and his fellow diver David Boudia (below) have no shame.

Like Dorman, he is one diver who entertains both in and out of the pool.

As you can see above, the volleyball pro really wants you to follow him on Snapchat.

The volleyball player is a must-follow, plus, you may also get a glimpse of her fellow teammates, including Kerri Walsh Jennings (more on her Snapchat below).

For those who want even more insight into this basketball star's life.

Snapchat is a great way to get to know the NBA superstar and his wife, La La Anthony, even better.

If you aren't already following the tennis champ, I'm sure you are now.

You know you want to keep up with the track and field star.

The volleyball player uses Snapchat like the pro she is.

Thanks to Snapchat, you can now get a whole new view of the Olympics. (While you're at it, be sure to at Bustle on Snapchat, too. We're @bustledotcom.)