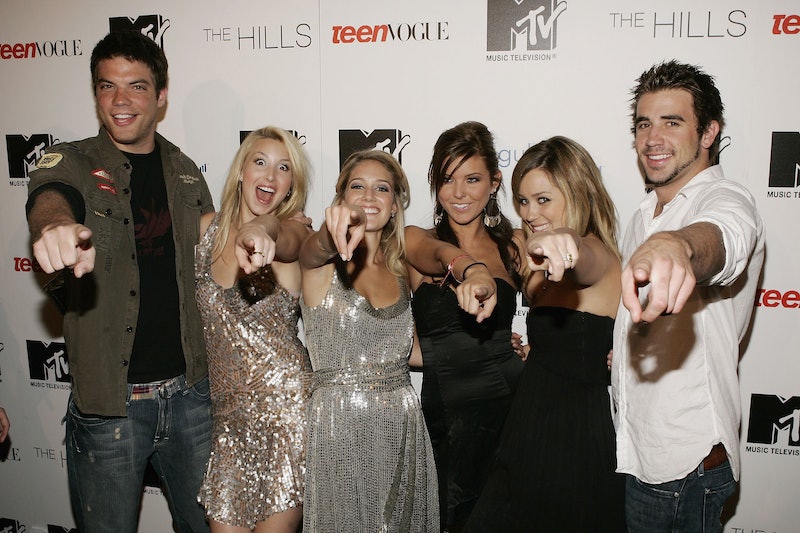 Much like the Von Dutch trucker hat and the lip gloss tube, the fixture of early '00s culture that was The Hills is having *~ a MoMeNt~* this summer, and it is all thanks to the series premiere's 10-year anniversary. On Tuesday, MTV will air The Hills: That Was Then, This Is Now , an hour-long program dedicated to the forever legendary Laguna Beach spinoff that ruled the aughts. And just in time for the anniversary special, E! News shared an exclusive clip from MTV's "100 Things About The Hills " segment. In the video, The Hills stars Heidi Montag, Stephanie Pratt, Whitney Port, and Brody Jenner are asked to share what they thought of each other when they crossed paths for the very first time, and share is exactly what they did.

For the most part, the reality television personalities' first impressions of each other were uncontroversial; even when Pratt admitted she thought Jenner was “a d*ck,” Jenner let out a thunderous cackle and agreed with the assessment. However, there was one adjective that received a little bit of pushback, and that adjective was the adjective that Montag used when recollecting her first impression of Port.

Are you ready to find out what the word was? Are you sure? OK, here it is: serious. Montag thought Port seemed like a serious person. Port did not agree with this assessment. Things got really heated.* I assume Port and Montag are now feuding.**

(*By “really heated,” I mean Port shrugged, laughed, and said she doesn’t think she’s the least bit serious. And that was it.)

(**By “are now feuding,” I mean are not feuding. It really wasn’t a big deal, sorry I said otherwise.)