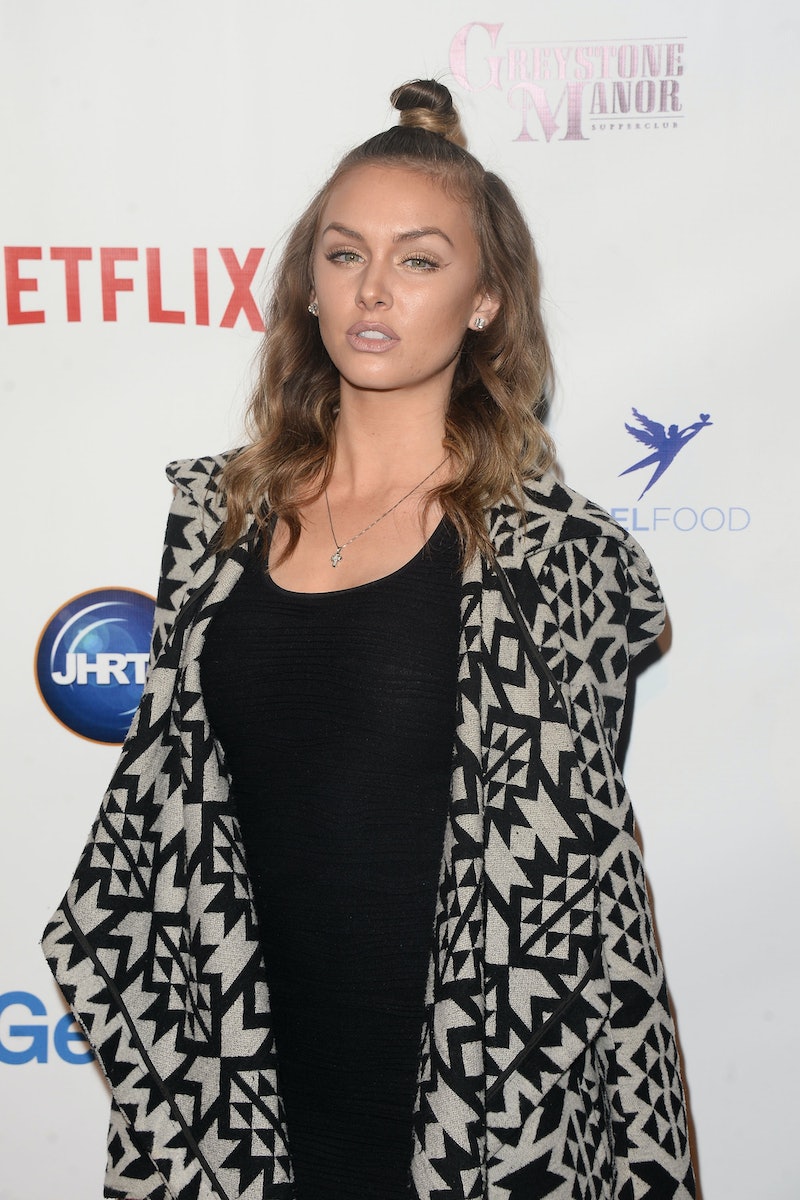 Ain’t no tittle-tattle got me feeling like I’m feeling about this piece of tittle-tattle, like this piece of tittle-tattle, like this piece of Pump Rules offseason tittle-tattle: Lala Kent allegedly quit Vanderpump Rules , and yeah, I’m already a wreck over it. As Page Six, Reality Tea, and other gossip sites have reported, Kent recently tweet-announced that she left the show. For good. The hoop earring-wearing, Ayn Rand-loving, top knot-sporting, engagement toast-interrupting breakout star of the fourth season of Vanderpump Rules claims to have bid the Bravo reality series farewell. Holy Giggy, Season 5 (whenever it premieres) is going to be a doozy, isn't it?

Last Thursday, someone tweeted at Kent about her non-vitation to Tom Schwartz and Katie Maloney’s joint bachelor/bachelorette trip (I swear, if the cast's New Orleans adventure doesn't end up on Pump Rules Season 5, I may be the one who is done with the show for good) (you caught me, that was a totally empty threat, I will never be done with this show, etcetera), and Kent really let that someone have it. “I have decided to part ways from the show,” Kent replied on Friday. “Thanks b*tch.”

Zoinks. As Page Six points out, Kent also reportedly tweeted, “I made the decision to leave the show. I realized it isn’t for me. IT WAS COMPLETELY MY DECISION.” However, before I could see the alleged tweet with my own two eyes, it was allegedly deleted. Page Six added that Kent "will still appear on the series," so maybe she'll be around for the earlier episodes of the fifth season? Or maybe that means she, I don't know, occasionally ends up in the background of the scenes filmed at SUR? Or maybe this is all just one big terrible nightmare?!?! Oh, Lala. Sweet, sweet Lala. We hardly knew ye.

Now, before I let myself fall down a black hole of despair, I will remember that one time Stassi Schroeder quit the show after Season 3 only to strut back onto the small screen in the middle of Season 4 with the fire of a thousand tanning beds. I will not lose hope. Not yet.