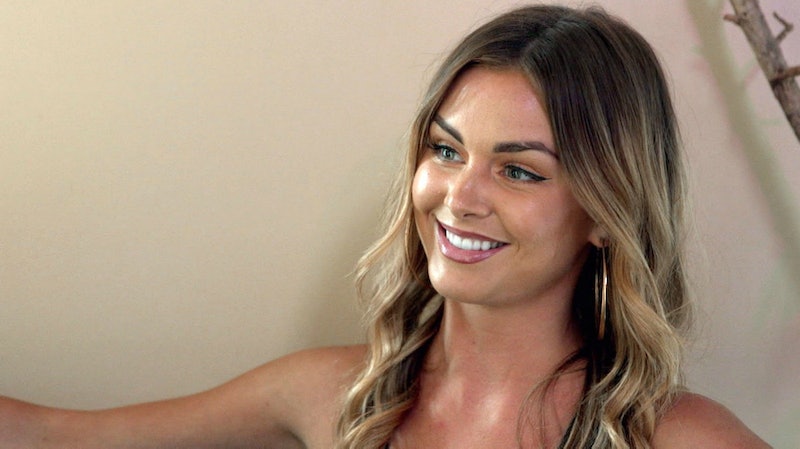 If you started watching Vanderpump Rules in hopes that you might witness some sort of maturation between half a dozen exceptionally attractive waiters and waitresses, you probably realized by Season 1 Episode 2 that this is not that kind of show. This is not to say Lisa Vanderpump’s spinoff show that revolves around the life and times of SUR (Sexy Unique Restaurant) employees isn’t filled with change, though: Sure, relationship dynamics shift, people switch from being enemies to frenemies to full-on friends faster than you can say “I don’t know what I’ve done to you, but I’ll take a Pinot Grigio.”

But the people themselves? The original cast of characters? They’ve remained — astonishingly and almost inspirationally — true to themselves. Which is why the delicately selected newcomer — one hoop-wearing/"let's get it poppin' daddy" Lala Kent — and her arrival into the SUR scene was more refreshing than even the most chilled glass of LVP Sangria. In Season 4 of Vanderpump Rules, Lala Kent walked right through those restaurant doors, and I quickly realized that much like DJ James Kennedy, there just wasn’t anybody I was feeling like I was feeling her. I cannot be the only one. So in honor of that, here's why I believe Lala Kent was the unsung hero of this season's Vanderpump Rules .

Fact: The good people of VR have been known to spin a lie — or two. Or three. Or four. And while that's great for the show (truly, Season 1 and 2 would not have been the same without those major, plot defining lies), it's not necessarily great for team morale. But then — because darkness must balanced by light — Lala Kent entered the mix. And Kent is a woman who's not afraid to stand up to the biggest liar of them all: Jax Taylor. When Taylor looked Kent right in the eye and denied having whispered sweet, sexual nothings into her ear, she called him out — and unlike him, was honest to his girlfriend about the whole thing.

Kent has no qualms about the naked human body. Though her cast members might not agree with the enthusiastic claim that "every day is a good time to take your top off," I fully concur.

When asked about whether or not she sleeps with the men who take her on extravagant trips ‘round the globe (which was no one’s business, by the way) Kent held her own and gave us all one of my favorite lines of the season: "Obviously, I’m not getting paid to have sex... [even though that] would be dope."

"I was given a book called Fountainhead," Kent told fellow waiter Peter, before continuing to bless us with her version of its synopsis. "Which is by Ayn Rand. It’s a philosophical book and it’s about architecture and architects.”

As can be seen above, she takes "full responsibility" for being a flirt — and is quite unapologetic about it, too.

Kent’s way of being differs from the cast of VR, but she doesn’t seem to mind. Not only does she know who she is, she seems damn proud of that person.

7. She Has A Sense Of Humor

8. She Doesn't Let People Walk All Over Her

Though pushing Kristen wasn’t ideal (live and learn), you have to admit that Kent’s inability to take anyone’s BS is commendable.

Kent appears to take her relationships with others seriously. From the way she interacts with her cast-mates and fellow SURvers, you can just tell that Kent would be a ride or die kind of homie.

Though she's been given the “new girl” treatment, Kent has consistently held her own amongst all the SURvers — and fans — that have said hurtful things about her.

It's true that Kent has no problem putting others in their place and that she does indeed have a hard exterior, but underneath that there seems to be a real and raw vulnerability — something that's often a rarity amongst these SUR staffers.

Here's to hoping Lala and her hoop earrings will be around for Season 5.

More like this
Kourtney Kardashian & Travis Barker Are Married – Officially
By Sophie McEvoy
Sam Ryder Is Ignoring The Eurovision Hype, Too
By El Hunt
What’s New On Netflix: A Victoria Justice Rom-Com & The Return Of David Letterman
By Arya Roshanian
What’s New On Netflix: The Return Of 'Bling Empire' & A Rebel Wilson Comedy
By Arya Roshanian
Get Even More From Bustle — Sign Up For The Newsletter