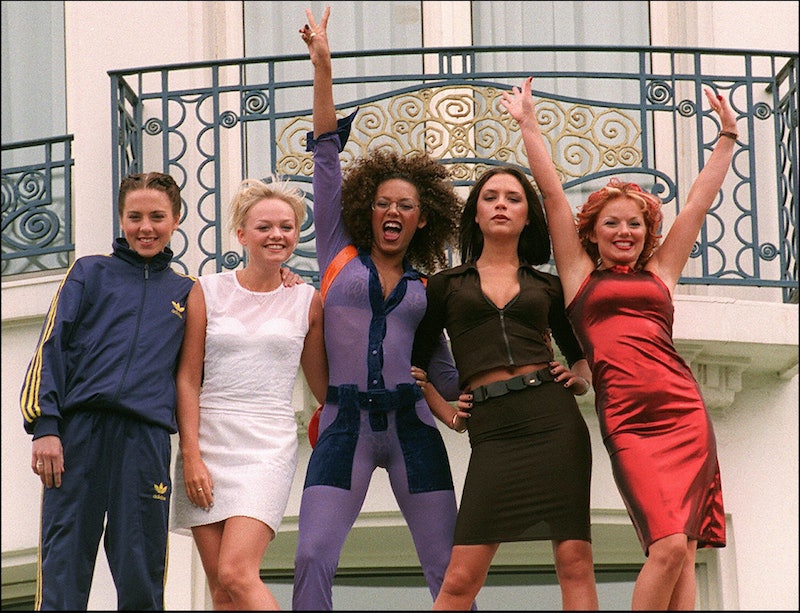 While you may have jetted off to Glastonbury or Lollapalooza to get your musical thrills this summer, all you really had to do was turn on ABC to see some amazing performances. The network premiered the new series Greatest Hits on June 30, and it has certainly lived up to its name featuring artists whose tunes defined the past three decades, including the Backstreet Boys, LL Cool J, and Jewel. So will ABC let the music play and let Greatest Hits return for Season 2?

Unfortunately, you're just going to have to play Season 1 on repeat for now. ABC has yet to officially announce whether or not it will churn out more Greatest Hits in the future.

But the fact that Greatest Hits will have an even bigger and better live grand finale for Season 1 gives me some hope that ABC isn't done with the series just yet. With talent like Ariana Grande, Celine Dion, and John Legend participating, according to the event's posting on the Microsoft Theater's website, how could the network not bring Greatest Hits back for more?

And there's also the fact that there are so many more classic tunes I think we all need to revisit. To make things easier for ABC and to hopefully increase the chances of Greatest Hits getting another season, I've got some suggestions for the artists and songs that should appear on the series if it does return. These are sure to give you nostalgia in all the right ways.

If we're talking about greatest hits, they don't get much greater than Don McLean's 1971 smash "American Pie," which was not only the biggest single of the troubadour's career but is also just one of the biggest songs in American culture ever. "American Pie" is the epitome of a timeless tune, and a listen always promises to deliver at least a few goosebumps.

No group knows how to get the party started and keep it going like Earth, Wind, & Fire. The disco funk icons have given us many earworms over the years, but "Shining Star" is one of the group's more successful and catchier songs that always makes you feel better than you did before listening to it. But really, if Earth, Wind, & Fire appeared on Greatest Hits, anything they performed would be a crowd-pleaser.

Nothing would pump an audience up and anger it more than "You Oughta Know," but one of Alanis Morissette's other big singles off of her seminal album Jagged Little Pill really put her on the map. If Morissette sang "Ironic" on Greatest Hits, the crowd wouldn't be able to help but sing along.

I'll tell you what I want, what I really, really want. It's for the Spice Girls to appear on Greatest Hits. The girl group's debut single "Wannabe" is an obvious choice, especially since it's now 20 years old (and boy, am I old), but all I really, really want is for Geri, Mel B., Mel C., Emma, and Victoria to share a stage once again. Zig-a-zig-ah.

Greatest Hits already paid homage to the late 1990s/early 2000s boy band craze when the Backstreet Boys performed "Everybody (Backstreet's Back)" earlier this season. But let's not forget that era also had its fair share of anti-boy bands, such as Blink-182, who famously lampooned the genre in the music video for "All the Small Things." Even without the video, the song carved out a special place in pop culture — and our hearts — with its hummable teenage angst.

Missy Elliott is slowly making her way back to dominating pop culture, thanks to her appearances in the 2015 Super Bowl Halftime Show and in the latest "Carpool Karaoke." Before I won't be able to get Missy's next single out of my head, can she please appear on Greatest Hits and wow us with "Work It" once again? Perhaps she could even bring along Alyson Stoner to bust a move for old time's sake.

Luckily, you have the Internet to help you revisit these unforgettable tracks anytime you want, even if there's no more Greatest Hits in store.