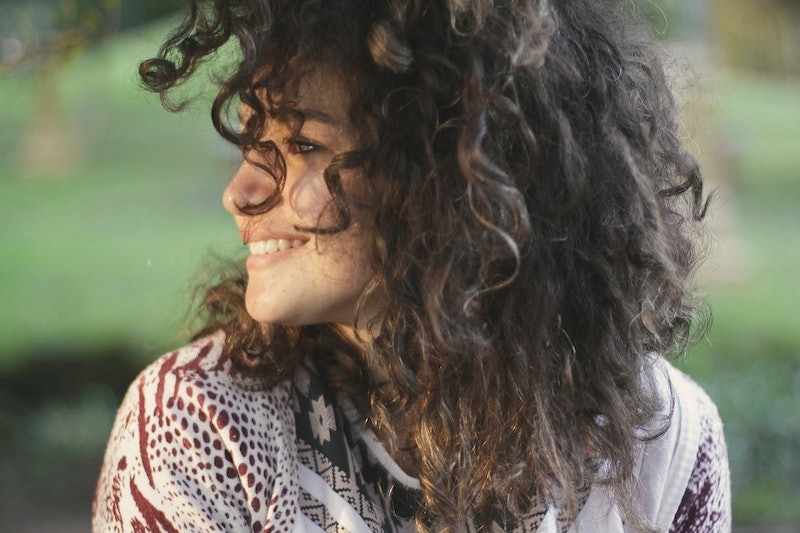 If you're big on attending social gatherings (think: networking events, holiday parties, or dinner get-togethers), then you have probably noticed there is a very fine line between being a total suck up and being the most charming person in the room. This is especially the case when you have people to impress (perhaps at said networking events), and are trying your best to be likable. It's all too easy for your attempts to backfire, and come off as totally disingenuous.

This is why people who can do both at the same time — be charming and genuine — are such marvels. You've seen them at parties, snatching up friends left and right. And you've witnessed them in action at networking events, as they shake hands and score interviews. It's really a sight to behold.

So how do they do it? How are they genuinely charming (and not just the suck up kind of charming)? Well, it's all likely due to their ability to be their calmest, truest selves — even under pressure. They aren't trying to too hard to impress, they aren't stretching the truth, and they certainly aren't putting on airs.

They are coming off as genuine because they are being genuine, and that's incredibly likable, according to Dr. Travis Bradberry on HuffingtonPost.com. "People gravitate toward those who are genuine because they know they can trust them," he said. Of course, achieving all of the above is easier said than done, so check out the tips below for more ways to be the most charming person in the room.

You don't have to be the queen of social graces to charm the pants off everyone, and punctuality is a great example of that. By simply showing up on time you'll get huge brownie points, while also proving to your host (or interviewer, or future boss) that you're one heck of a reliable person. "It ... shows you value their time," said Jennifer Cohen on Forbes. And people like that.

2. Mirror Everyone You Meet

If you find yourself flailing at some networking event, you can turn the whole evening around by trying something called "mirroring." This is what charming people do — whether intentionally or not — to come across as truly connected. "They maintain eye contact. They smile when you smile. They frown when you frown," said Jeff Haden on Inc.com. "That feedback loop helps two people bond — and the ability to bond is the essence of charm."

To give true listening a try, put down your phone and pay attention. "Ask questions to show your interest in what they’re sharing and try to relate back to their experiences," Cohen suggested. After all, there's a huge difference between staring at someone while they talk, and actually hearing what they have to say. (And I bet you can guess which one is more charming.)

4. Put Your Phone Away

Speaking of phones, make sure you keep yours out of sight. "Nothing will turn someone off to you like a mid-conversation text message or even a quick glance at your phone," said Bradberry. "You will find that conversations are more enjoyable and effective when you immerse yourself in them."

There's nothing more friendly than a genuine smile. "It’s comforting, welcoming, and sends off the signal that you’re approachable," Cohen said. "It also shows you are happy to meet the person and are interested in what he or she has to say." All keys to be utterly charming.

There's nothing more off-putting than a person who pretends to be invincible. We all know it's not true (everyone gets nervous, or shy, or doubts themselves at times), so acting otherwise only seems fake. The most charming people will admit their insecurities and mistakes, and show a little vulnerability, according to Haden. It's ridiculously likable.

There's nothing most painful than watching someone fake their way through a conversation. This happens with all sorts of topics — sports, movies, books — but never more so than with the news. So save yourself the agony and show up to events having read the news. "It’ll prove to be a great conversation starter and shows you care about what’s happening in the world around you," Cohen said. And there's nothing more charming than that.

8. Try To Be Agreeable

Nobody likes a contrarian, so unless you truly disagree with a point being made, it's way better to be agreeable. As Haden said, "Charming people don't actively (or unknowingly) look to disagree; they look for points of agreement. Then, if it's appropriate, they gently share a different point of view — and in that way, help create an outstanding conversation.

You can have all the opinions and beliefs in the world, but social events aren't always the place to wax poetic about them — much less get into a heated debate. It's much better to keep an open mind, and be willing to chat about differing viewpoints. "Being open-minded makes you approachable and interesting to others," Bradberry said. "No one wants to have a conversation with someone who has already formed an opinion and is not willing to listen."

10. Be Your Hilarious Self

It can be tempting to clam up at a party in an effort to come off as cool and professional. And of course there are topics that should be avoided in mixed company. But for the most part, you should feel comfortable enough to crack jokes. "People who don’t take themselves too seriously come off as charming and more likable, which is critical if you’re trying to make that first impression stick," Cohen noted.

11. Remain Consistent At All Costs

If you let nerves get the best of you, you're more likely to jump all over the emotional map — one moment you're calm, the next chatty, the next super serious. Flip flopping like this can make you come off as disingenuous, so it's much better to try to remain as even keeled as possible, according to Bradberry. That way, people will know where you stand, and you'll be far more approachable.

And that's really all it takes to be the most charming person around, without coming off as a fake try-hard. It's all about being present, listening, and showing people you care. There's really nothing more likable than that.