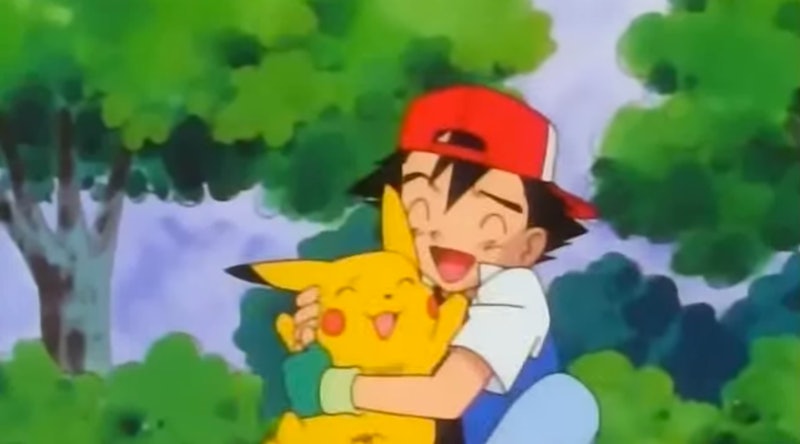 Unless you have a tin ear or no soul or something, I assume we're on the same page: the Pokémon theme song is fire. As such, a fitting tribute to its melodic wonder would have to be something really special. Something as weird and different as Pokémon itself. I guess something a little like the Anthony Vincent's Pokémon theme song done in 20 different styles, because why not? Vincent is a YouTube star who basically gives your ears a workout by performing instantly recognizable songs in the distinctive styles of your favorite artists, and, if you've heard of him, that's probably thanks to his breakout hit: he sang Katy Perry's "Dark Horse" in the style of everyone from Jamiroquai to Michael Jackson.

This is extra easy for him because he's the singer for a rock band in his spare time, and he has his own business, Ten Second Songs, which writes and records songs for special occasions. The video is incredible, and you can see that for yourself, even those of you who think I'm too easily bowled over and have zero standards. But, really, the question we've got to ask ourselves is, which late 90s performer makes the Pokémon theme tune sound extra good?

I'm keeping the suspense nice and high by doing a countdown from 20 to one.

Remember heavy metalhead Rob Zombie? Well, whatever. This rendition is too damn dark for the sunny Pokémon intro. Sorry Rob Zombie. You could never have done the theme tune justice.

This Smash Mouth rendition is way too bland to bring the technicolor world of Pokemon alive in music. Next.

I love Trent Reznor as much as the next lady with a set of ears and a pulse, but I'm calling it: this is too industrial and scary for the context of a fun kids' show.

Perfect for moshing around a dance floor with beer in hand. Terrible for soundtrack purposes. Chumbawamba, go home, you're drunk.

Did Anthony Vincent choose to deliver it a la Destiny's Child because of that one line about destiny in the song? Yes, yes he did. Nope. Love to shake it to Destiny's Child, but hate them in this context.

I'm digging the Latin flair when delivered in the style of Jennifer Lopez's ex husband, but, again, I'm feeling unsure about context here.

We're not, like, in a skatepark in Brooklyn. Go soundtrack Star Trek Beyond instead.

Isn't terrible, but I'm not sold on this.

His Radiohead impression is spot on, and it's certainly lending the quest to "catch 'em all" some emotional pathos, but would TV viewers have retreated to simply lie in their beds and stare at their walls in nihilistic despair before the theme song came to an end? Probably.

This would have given me all the nightmares.

This is fantastic and does legitimately sound like the opening to a TV show. Just not this TV show, you know? It would have been perfect for a show about a boy who lives in a difficult neighborhood but is secretly really smart and got a scholarship to study at a fancy school and now has to juggle culture clash. Right?

It's not bad, and it's at least closer to the feel of the original than the Mase version, but still. My heart isn't in it when I listen to this. I don't really care whether or not Ash Ketchum escapes a Spearow pecking him or Pikachu when this is the lead in. Pass.

Paula Cole's song "I Don't Want To Wait" was used as the opening theme tune for Dawson's Creek, thus the pic of ole Dawson there. Cole's certainly got the impressive resume entry for her rendition to do the song justice, but it's lacking a little bite. Smooth grooves, but once again, pass.

Definitely bringing the soulfulness lacking from some of the more polished deliveries above.

Who knew all Ash needed was an extra helping of grunge? This works, you guys. I don't know how, I don't know why. It just does.

Love. In related news, I miss Cher circa "Believe."

This is actually pretty perfect, no? Like, Aqua are weird and out-there and doing their own thing just like Pokémon. And I feel like they're the anime of music: people think you're nerdy for being into them, but you don't care because you're in seventh heaven enjoying the neon vibes.

I love you, Bjork, you wonderful weirdo. And, yes, again, strangely perfect for Pokémon: surreal and emotional all at once.

Twist ending: the guy who actually performed the original Pokémon theme tune gets the number two spot. Is your heart in your mouth? Who could possibly have done it better?

Blink-182 of course. They bring a little more oomph to it, I feel more engaged, more energized, more ready to dive into the world. Mark, Tom, Travis, guys.

So there we have it. Blink-182 needs to get into a time machine, go back to 1997 and make things right. The fate of our favorite cartoon theme tune depends on it.