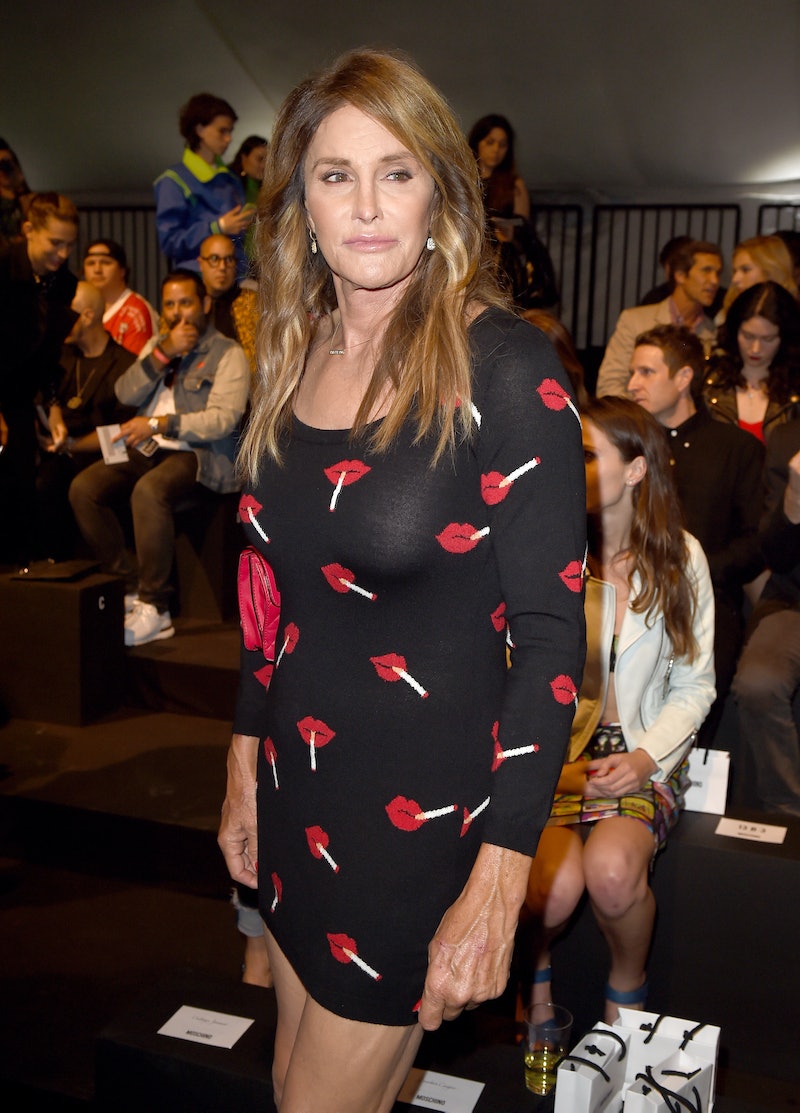 Holy smokes. The event we've all been waiting for is finally here. Whether you're into playing sports, watching sporst, watching pro-athletes, watching people watch pro-athletes, or seeing that little bit more of Rio before you plan next summer's decadent South-American vacation, the Olympics opening ceremony's got you covered. If you're into celebrity-watching, one celebrity seems like an easy guarantee at the Rio Olympics, right? Sadly, Caitlyn Jenner isn't at the Olympics opening ceremony. Jenner has led a rich, sport-filled life and, while she's now retired, she's a gold medal-holding decathlete. It wouldn't be the Olympics without remembering her.

The reality star's path to the gold medal wasn't an easy one. When she played football in high school, she injured her knee so badly she had to go through surgery. Fortunately for America, her coach persuaded her to give another sport a try post her recovery: the decathlon. Jenner made her country proud and took home the gold medal at the 1976 Olympics Games in Montreal. While today she spends most of her time campaigning for transgender rights and appearing on her television show, I Am Cait, you might imagine that she's still interested in the Games that made her so well-known.

Jenner had moving words for Sports Illustrated this year when she spoke to the magazine about her time in the Olympics and posed on the cover in a golden, sequined jumpsuit. According to Caitlyn, at the time, her body

...disgusted me. I was big and thick and masculine. The rest of the world thought it was this Greek god kind of body. I hated it. But it's what I was given, so I just tried to do the best I could with it.

However, she also acknowledged the sweetness of winning such a prestigious contest:

"You go out there, you work hard, you train your ass off, win the Games. I'm very proud of that part of my life and it’s not like I just want to throw it out. It’s part of who I am. What I’m dealing with now, this is about who you are as a human being."

It's a tribute to Jenner's strength that she was able to not only cope with such overwhelming feelings, but actually go out there and beat all the other athletes competing despite those feelings. It's so good to see her continuing to celebrate the good moments from an incredibly difficult time. But, honestly, Jenner doesn't seem to have changed at all, at least in terms of her warrior spirit. She's taken on one of the most difficult sports in the world and excelled at it, and now she's taken on the trickier task of teaching people everywhere about gender politics in 2016 while being the most famous trans woman in the world.

In a interview that took place on Thursday, August 4, with Bill Simmons, Jenner appeared to have very definite, passionate opinions on many all different aspects of the Games, from whether women's heptathlons should be extended by two events to make them the same as the men's decathlons ("I don't feel adding two events would make much difference") to her passion for the Olympic sport she never competed in, the 100 meter sprint:

The intensity…it’s just absolutely amazing. I remember in the last games I was in the stadium…70,000 people and you can just hear a pin drop. It was just unbelievable.

She also remains an invaluable source of support for current competitors in the Games. In February, Olympian Ashton Eaton told US Magazine how helpful Jenner had been to him, saying:

[She] talked to me before the games, gave me some encouragement and some advice about how the Olympics is different and there is more pressure, and to just keep doing the things that I’ve done already... She’s still very much involved in the athletic world, keeps track of things and keeping up on my wife [Canadian heptathlete Brianne Theisen-Eaton] and I.

As such, it's sad that Jenner's not at the Games. A least, though her days as a pro-athlete are behind her, she appears to be as involved and passionate as ever when it comes to the Olympics.