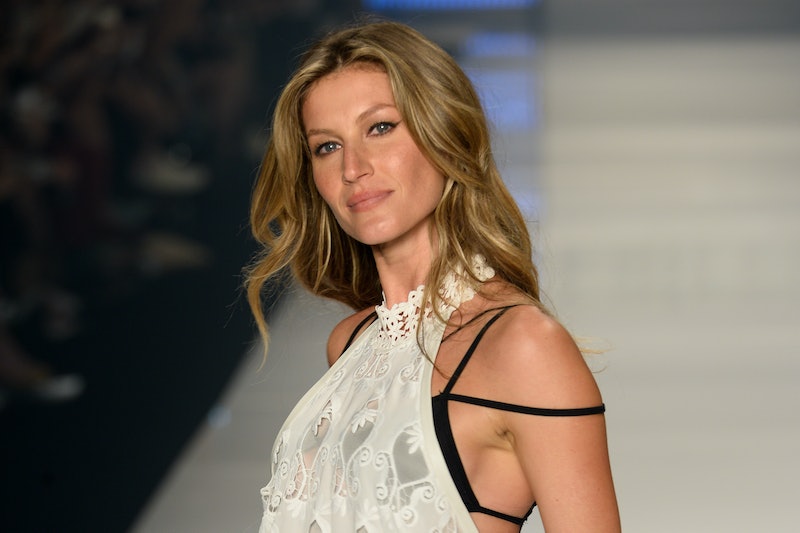 It has been a very long wait, but, finally, the 2016 Summer Olympics are coming up fast. But it's not just the Olympians themselves who are headed to Rio de Janeiro to celebrate. Numerous Brazilian celebrities are traveling from around the world, or staying right where they are, to join in on Friday's official opening ceremony in their country of origin. Just as expected, the list of models, artists, musicians, and even popular soccer players who will be in attendance is beyond impressive. Even if you're not particularly interested in sports and displays of physical skill, these celebrities make the Olympics' opening ceremony alone a reason for tuning in.

The kick-off to the world's largest sporting event will bring with it a slew of performances and the appearances of the Brazilian celebrities set to participate in the opening ceremony. Trust me, it's going to be one hell of a night to remember. With multiple Victoria's Secret models, classical musicians, and award-winning stars leading the entertainment for the night, it's sure to be what the Daily Mail is already calling the "‘sexiest ever’ Olympic opening ceremony." Here are the Brazilian stars that are set to make the opening ceremony everything we could have imagined.

Every opening ceremony needs a headliner. Renowned Brazilian supermodel, and wife of New England Patriots player, Tom Brady, is the one at the helm of it all this year. The ceremony is said to heavily feature the model as they go through "the evolution of the people of Brazil," with the help of the famous 1962 song from Antonio Jobim, "The Girl from Ipanema." In fact, “There will be lots of nearly naked women doing the samba,” a source told The Daily Mail. “The costumes have been designed to show off as much flesh as possible which means as little material as they can get away with.”

Bündchen isn't the only model of Brazilian origin set to take the stage. Fellow Victoria's Secret model Adriana Lima is also going to attend. She will be walking in what I'm assuming will be the same segment as Bündchen — an ode to the styles and history of Brazil.

Ambrosio will also be at the worldwide opening ceremony of the 2016 Olympics, strutting her stuff in the model and fashion segment of the show most likely.

With Gilberto Gil — one of Rio's most esteemed musicians — joining the ceremony, it's no wonder why the event's artistic director, Daniela Thomas, said viewers can expect, "the best of Brazilian music; not the songs from the radio, but truly the best.” Gil is famous for songs including an anthem for the city itself, titled "Rio Eu Te Amo," and once served as Brazil's minister of culture.

However, you can't have a Brazilian staple like Gilberto Gil without the talents of Caetano Veloso as well. Veloso should also be performing his classics — such as the 1998 hit, "Sozinho" — and assisting both Gil and the producers of the ceremony in the overall production.

It's not just the classical Brazilian artists who are getting a spot on the world stage. The pop star, Anitta, will also be joining the ever-growing list of musical guests. Some of her hit songs that she could perform at the ceremony include 2013'2 "Show das Poderosas," and her latest new single, "Bang."

Before Anitta, Brazil was best-known for their very own "Brazilian Tina Turner," Elza Soares. So, it comes as no surprise that Soares is set to perform in Rio de Janeiro as well. Her most popular songs include "A Carne," "Mas Que Nada," and, most recently, her 2015 single, "A Mulher do Fim do Mundo."

Joining his fellow Brazilian artists, the multi-talented singer and musician, Paulinho da Viola, is another famous name on the rundown for the show. The more mellow-styled artist is known for songs such as 2002's "Carinhoso" and 1970's "Sinal fechado."

Brazilian musician Jorge Ben Jor is sure to get the party going. Besides being known for his funk-rock sound, Ben Jor is also well-known for his satirical lyrics. With music from the '60s and '70s in his wheelhouse, the 2016 Olympics will clearly provide a very deep look into Brazil's culture through the years.

Brazilian actor and singer Luiz Melodia — also commonly known as Luiz Carlos dos Santos — is sure to bring the soul to the ceremony. This rock, soul, samba, and blues-styled singer of the '70s carries his own weight in the rooster of Brazilian musicians.

Not all of Brazil's talents partaking in the ceremony will be appearing in the spotlight. Working behind-the-scenes for the overall production is Brazil's Academy Award nominated director of the 2002 film City of God, Fernando Meirelles. He will be overlooking all of the Brazilian celebrities set to help put on the worldwide show.

It wouldn't be the Olympics without the ceremonial lighting of the torch. Pele — a world famous Brazilian soccer star commonly known as the "King of Football" — will be the one responsible for officially kicking off the Olympic games not too far from his hometown of Santos. “We have to be thankful because not everyone has this opportunity to be involved in an event like this,” Pele said upon receiving this honorary role. “So I thank God, and all the team who made this possible. Let’s go forward Brazil.”

The opening ceremony for the 2016 Olympics in Rio de Janeiro airs on Friday, August 5 at 7 p.m. EST. You don't want to miss it.