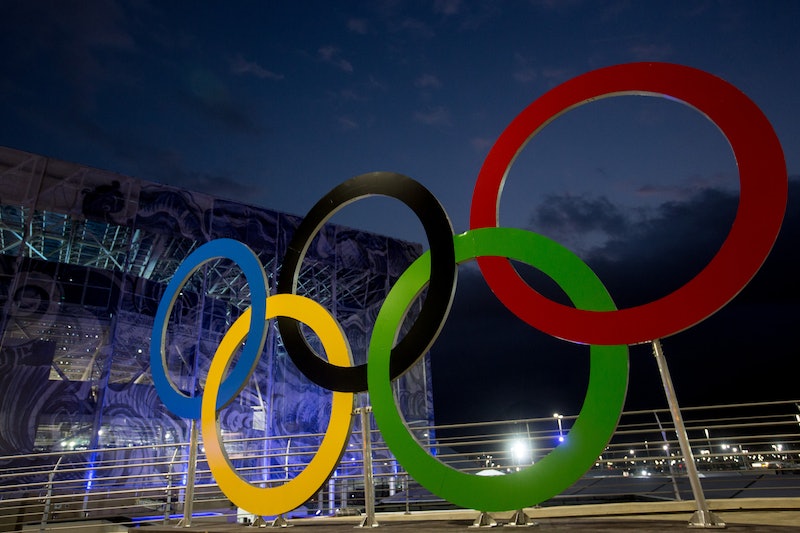 On Aug. 5, people around the world will be glued to their TV (or computer) screens as the biggest sporting event of them all, the 2016 Summer Olympics, kicks off. One major question on everyone's minds, though, is whether the Summer Olympics Opening Ceremony will be broadcast live. The short is answer is no, but the decision for NBC not to air the ceremony live is not a surprising one.

The last summer opening ceremony to air live was the 1996 Olympic Ceremony in Atlanta. Since then, NBC has been airing the ceremonies with a time delay — and this is in part to ensuring it not only airs during optimal primetime hours. The actual ceremony will begin 7 p.m. GMT, aka Rio De Janeiro time (Rio is one hour ahead of Eastern Standard Time), but the event will not begin airing stateside until 8 p.m. EST. Sadly, if you do not live on the East Coast, you will have to wait even later to see the opening ceremony. There will be a two hour time delay for the Mountain time zone and a four hour delay for anyone living in the Pacific time zone. However, this also means you won't have to rush home from work to catch the ceremony. By implementing a time delay, NBC is ensuring the ceremony will air during primetime across all markets.

According to The Washington Post, chairman of NBC Sports Group, Mark Lazarus explained the decision, "We think it’s important to give context to the show. These Opening Ceremonies will be a celebration of Brazilian culture, of Rio, of the pageantry, of the excitement, of the flair this beautiful nation has. We think it’s important that we are able to put that in context for the viewer so that it’s not just a flash of color."

The time delay not only gives NBC some extra time, it also allows for coherent commentary on the ceremony itself. The good news is, even though you will not be watching the ceremony in real time with those who are lucky enough to be in Rio, you will not be missing out on any of the action. Of course, the downside is social media might be full of spoilers, so avoid your Twitter, Facebook, and Instagram feeds accordingly.