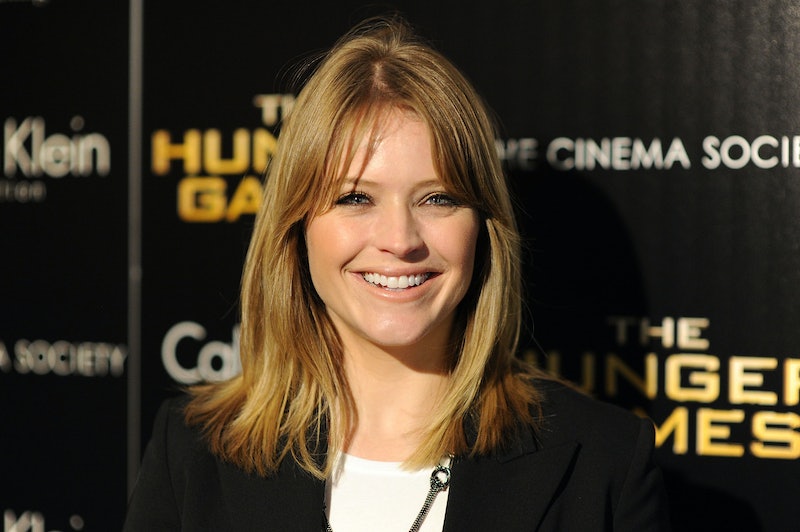 One of my favorite things about ABC's long-running talk show The View is its constant switch-up of its hosts. A show that prides itself on showcasing the opinions of a diverse group of women can always use a fresh face at its round table, and now we know who will be the next lady to discuss the week's hot topic issues: According to The Hollywood Reporter, Sara Haines will join The View as the newest co-host, and it's a great new gig for anyone in the news business. Haines, a lifestyle anchor for Good Morning America and a Today Show alum certainly seems like a great fit for the program, so when will Haines officially join The View ? Here's what we know about the big switch up.

According to The Hollywood Reporter, we already know when Haines' big gig will start, and that's when Season 20 of The View premieres. ABC renewed the roundtable format for a Season 20 back in February of 2016, and reported that the upcoming season of The View would be scheduled to premiere in the fall of 2016. Whoopi Goldberg tweeted that she will return to the show for The View 's 20th venture, making her the longest-standing co-host on the talk show. Though we know that Haines will be able to converse with Goldberg and the other co-hosts, when exactly their time together will start is still up in the air. ABC has yet to announce a premiere date for The View's Season 20, which means we won't know when Haines' time on the series will begin.

One person whom Haines won't be seeing on the talk show is Michelle Collins, who left the series after just one season, reports Variety. But, as sad as Collin's exit is, Haines seems like a good match for the talk show — here's hoping she brings an interesting perspective to the table.

More like this
G Flip Shared How They Got Romantic With Chrishell Stause & Discussed Babies
By Brad Witter
Twitter Is Upset About The 'American Idol' Top 3 Results: "Who TF Is Voting?"
By Jake Viswanath
How 2 'American Idol' Singers Performed With COVID-19 & Made It Into The Top 5
By Jake Viswanath
Becca Tilley Confirmed Her & Hayley Kiyoko’s 4-Year Romance With A Heartfelt Note
By Brad Witter
Get Even More From Bustle — Sign Up For The Newsletter