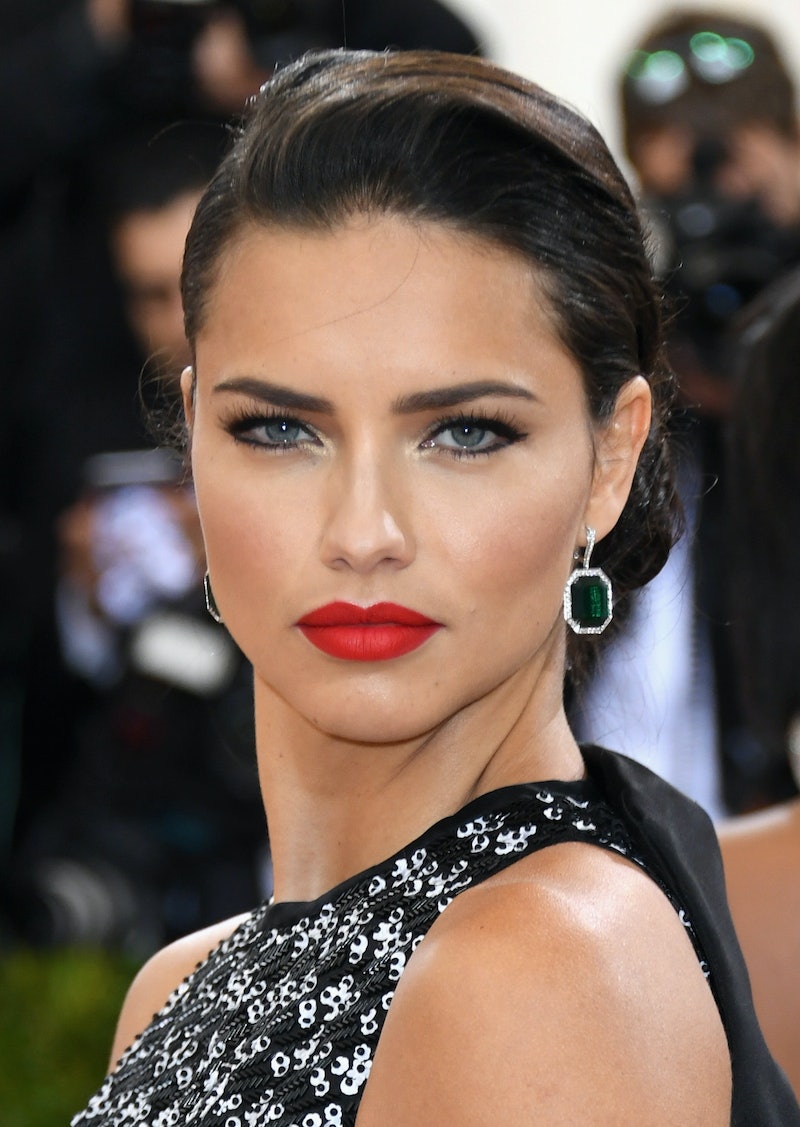 Adriana Lima's name is practically synonymous with gorgeous magazine covers and strutting the Victoria's Secret runway. Now, however, she's got a new gig as one of the 2016 Summer Olympics cultural correspondents. What does this mean? She'll be returning home. Where in Brazil is Adriana Lima from, though? The stunning model isn't exactly from a small town, and she's happy to be headed back with fellow Victoria's Secret model and 2016 Summer Olympics cultural correspondent Alessandra Ambrosio. I mean, has there ever been a more perfect pairing? These Brazilian women are the perfect pick for the summer games.

It makes sense that Lima was chosen as a cultural correspondent considering she's from Salvador, Bahia, Brazil according to her IMDB page. The model is undoubtedly proud of her home, and she's recently spoken out about what an honor it is to represent her home country during this time. In fact, Lima graced the cover of Brazilian Vogue and opened up to E! News about the occasion. She explained, "I'm so incredibly honored and moved to be featured on the cover of Vogue Brazil during such a historic time in my native country." Plus, the star used the occasion to support an organization in her home country that supports underpriviledged children through martial arts and education called Fight for Peace.

The star is apparently already in Brazil and seeming filming with her fellow cultural correspondent Alessandra Ambrosio and mega-producer and host Ryan Seacrest. The trio posted photos from a dinner in Brazil only a day ago. As usual, the stunning model looked gorgeous.

The star is also definitely celebrating being back in her home country. She took a moment to be a tourist in the stunning city of Brazil. Lima posed for a photo in front of the world-famous Christ the Redeemer statue in the Olympics host city.

There's little doubt that we'll see tons of Brazilian celebrities at the 2016 Summer Olympic Games, but Adriana Lima's position as a cultural correspondent definitely makes her a stand-out. While she may not be in her home city of Salvador, Bahia, Brazil, she's definitely sure to make them proud.

More like this
Jake Daniels Just Became The UK’s First Active Football Player To Come Out As Gay Since 1990
By Sam Ramsden
What Is Jeanie Buss' Net Worth? The Lakers President Is Uber Rich
By Hugh McIntyre
Rebekah Vardy & Coleen Rooney’s Trial Has Officially Begun
By Bustle UK
10 Swoon-Worthy Beauty Looks From The 2022 Cannes Red Carpet
By Olivia Rose Ferreiro
Get Even More From Bustle — Sign Up For The Newsletter