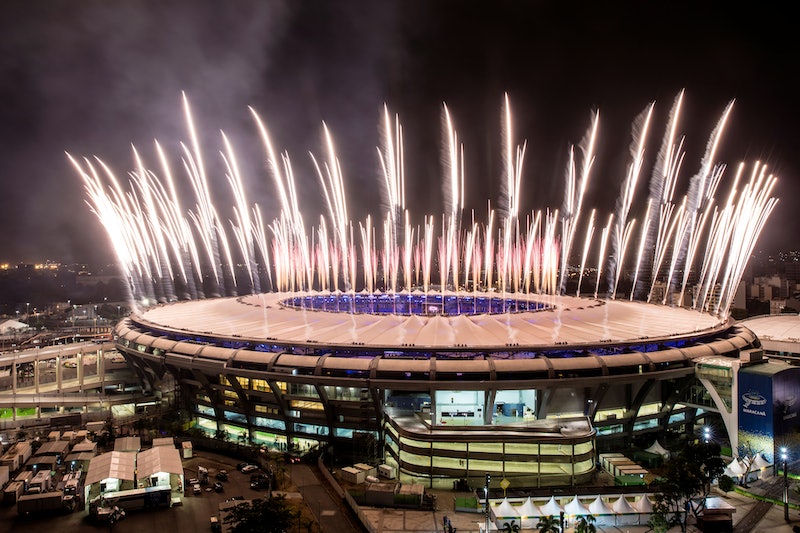 The most storied tradition of every Olympic Games is arguably the lighting of the Olympic cauldron during the elaborate and celebratory opening ceremony. Still, the Olympic torch isn't the only tradition you'll see at Friday's kickoff celebration in Rio. The opening ceremony will likely also feature a dove release, which symbolizes the need for peace around the world.

The Opening Ceremony's dove release is one of the oldest Olympic traditions on the books. In ancient times, Olympic ceremonies supposedly released homing pigeons to let villagers in an athlete's hometown know that their athlete had won a competition. The pigeon release actually served a practical purpose, giving townspeople enough notice to prepare the welcome-home celebration of victorious athletes, according to NBC.

In recent history, the dove release has become much more symbolic, serving as a sign of peace. It's fitting, then, that the modern dove-release tradition became an official part of the Olympics' opening ceremony for the first time in 1920. The summer Olympics in Antwerp, Belgium that year were the first installment of the games since World War I had come to an end. In other words, it was a year when peace was a welcome change for the world. Since that time, the dove release has reminded athletes and viewers alike that the Olympics are a time to come together competitively, but peacefully, in celebration of unity and strength.

Over the years, the Olympics' call for peace has become even more symbolic. In London, for instance, no real doves were even released. Rather, performers in dove costumes cycled around the arena, creating an artistic representation of the tradition. In Sochi, the 2014 Winter Olympics opened with a dance interpretation of the dove release. Dancers performed a "Dove of Peace" dance with illuminated headdresses adding to the visual effects.

This year, the call for peace is as relevant as ever. For one thing, the Olympics' location has caused controversy, as Brazil struggles to navigate its way through a financial crisis, a suspended presidency, and the international health scare of the Zika virus. In the wake of recent terrorist attacks in France, Turkey, and the United States, the Olympics' peaceful symbolism resonates far beyond the borders of Brazil.

In another move to seemingly encourage peace and resilience on a global scale, this summer's Olympic competition will feature for the first time a team made up of refugees. Ten athletes from countries like Syria and South Sudan will come together to compete as one team, walking in the opening ceremony behind the Olympic flag.

Friday's opening ceremony will turn the world's spotlight officially on Brazil. But perhaps the real spotlight should be on the symbolic doves that are released, or on the ad hoc team of refugees who will walk together as one unit. Those are the peaceful messages that the world desperately needs to hear.