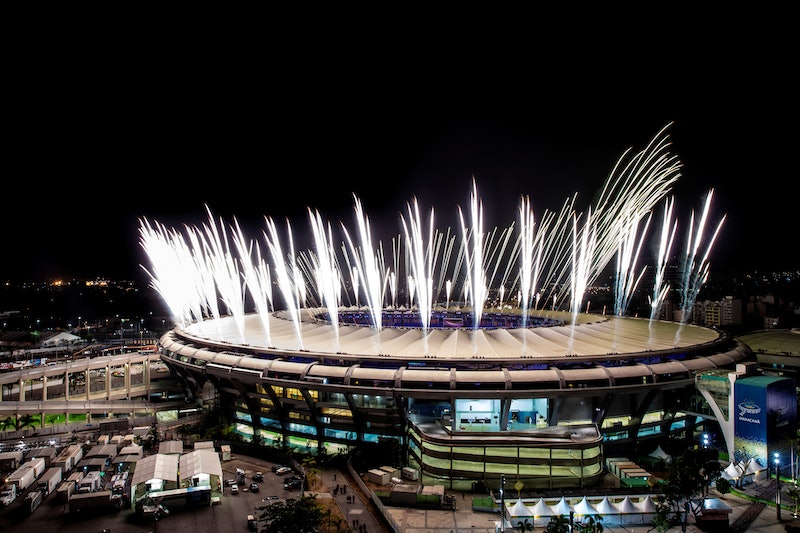 The 2016 Olympic Games will kick off in Rio on Friday; the opening ceremony, airing at 7 p.m. ET, introduces the participating countries, teams, and athletes. Rio de Janeiro hosting this year's games is significant for various reasons, one being that this will be the first year that the Olympics are taking place in South America, but also because many residents have suggested it would be a waste of money. With the Olympics kicking off on Friday, what does the Olympic opening ceremony represent?

Over the years, the opening ceremony has not only been about kicking off the Games but also about introducing the host city's culture. This year's ceremony in Rio will be at the Maracanã stadium — which first opened in June 1950 — where 6,000 dance volunteers will perform for the many viewers in the audience and those watching from home.

However, this year's opening ceremony will be different than past ceremonies, given the current economic situation in Brazil, which is one important factor driving protesters to question why Rio is hosting this year's Games. Rio's opening ceremony won't be quite as large-scale as prior events of this type as the country is currently experiencing its worst financial recession since the 1930s.

Due to the country's current financial struggles, organizers of this year's events had trouble finding the resources to finish the venues and necessary infrastructure to host the Olympics in Rio, prompting some to ask whether the country should be hosting at all, especially as low-income communities continue to grapple with the Zika virus and a lacking health care infrastructure to do so.

Of the opening ceremony, executive producer Marco Balich told Voice of America News, "It does not have the grandiosity of Beijing, the huge special effects of Athens, the eccentricity and technological skills of London. It is an analogue opening ceremony." Balich also noted that thematically, the event would focus on sustainability and "the ability to keep functioning with makeshift fixes."

Brazilian model Gisele Bündchen is set to make an appearance at the opening ceremony, though a controversial part of her role has reportedly been cut after Sunday's initial dress rehearsal. Bündchen had reportedly been supposed to act in a skit in which she would be robbed by a black boy from a Brazilian favela. However, since the rehearsal, Fernando Alvares Salis who is the head of the communications department at the Federal University told the Washington Post that such a scene would be a "reaffirmation of a racist stereotype." Salis also noted, "It’s totally unacceptable. It’s got to be dropped."

The opening ceremony, which will share a little of Rio's culture with the world, will air on Friday.