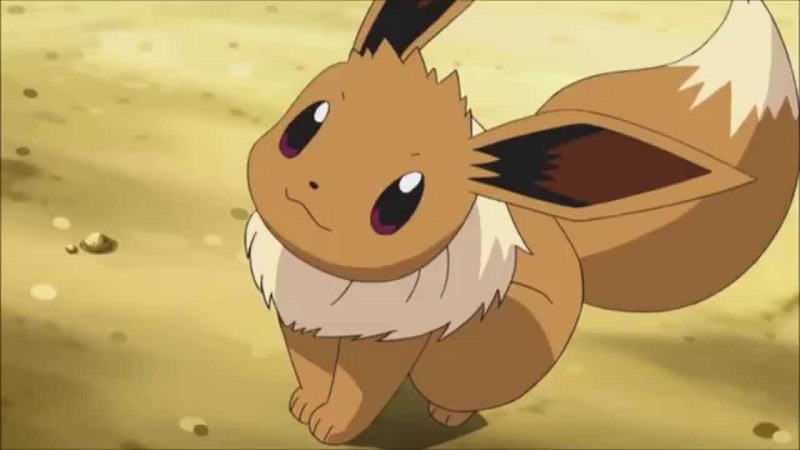 Whenever I'm playing "Pokemon Go" and I see an Eevee, I stop dead in my tracks so that I can catch it, even if that means neglecting other Pokemon that have also spawned. But Eevee isn't the strongest Pokemon, or the one with the best moves, or even a cool type — it's a Normal Pokemon — so why is Eevee so popular among "Pokemon Go" players?

In my humble opinion, there are two reasons. The first? Eevee is unique. There's no other Pokemon in the first generation that can evolve into three separate pocket monsters. What's even more interesting is that Eevee's three evolutions (Vaporeon, Jolteon, and Flareon) are all different types. Although we now know that there's a confirmed hack to getting the Eevee evolution you want, at least the first time around, there's still an element of surprise when evolving your Pokemon.

Whichever one you get, though, all three tend to be powerhouses at the Pokemon Gym. Vaporeon used to be the most popular, but the update has rebalanced many Pokemon moves, including Vaporeon's Water Gun attack. Now the three are more or less on the same level. Jolteon is technically the weakest of the three, but not by much, and it's still useful for defeating the many powerful Water-type Pokemon (like Starmie, Golduck, Blastoise, Gyarados, and of course, Vaporeon) in the game. Having any of the Eevee evolutions means you stand a good chance of winning a spot at your local Gym.

All the Eevee evolutions (including the ones that aren't in the game yet).

Second, Eevee ranks somewhere between Prince George and corgi puppies learning how to climb on the cuteness scale. When you tap an Eevee to catch it and it tries to attack you, it sort of leaps forward with an adorable little noise, like it's about to tumble into your lap.

Debate about what real-life creature Eevee resembles has been raging on the internet. Some say rabbit, some say fox, but I am holding fast to my opinion that Eevee looks like a corgi mix. (Seriously. Look up "corgi poodle mix" and you will see what I mean.)

Also, Eevee was into the flower crown Snapchat filter before any of us.

What a heavenly little trendsetter.