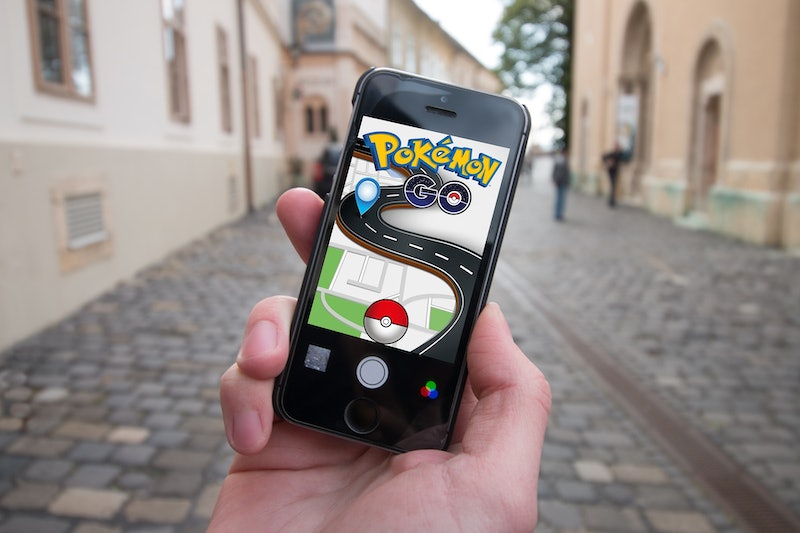 By now, you've probably been playing "Pokemon Go" for the past week and are feeling fairly confident in your ability to capture Weedles and Rattatas like a Pokemon master. But here's the thing — if you legitimately want to catch 'em all, you're going to have to evolve your Pokemon to make them stronger. Fortunately for you, I found a few "Pokemon Go" evolution hacks that will help take your Eevee to the next level so you have a real shot at beasting the competition.

You may be thinking, "But this little Eevee is so cute... can't I just power it up?" The short answer here is no. Well, technically you could, but it certainly wouldn't get you very far in the long run. The bottom line is evolving a Pokemon makes it more potent, which ensures more success in battles and defending your gyms. If you were simply to choose the "Power Up" option under your Pokemon in your Pokedex before a battle, you'd essentially just be upping its base stats — think Combat Power (CP) or Hit Points (HP). Should you choose the Evolve option, though, you'd be morphing your Pokemon completely, species and all, into a more powerful one. Of course, you want to power up your Pokemon, too — nothing beats an evolved and powered up pocket monster — but seriously, you guys. Evolution is where it's at.

Since there isn't really a straightforward guide to evolution within the game, here are some aforementioned hacks to help you out. If you get a little creative, you can find some added bonuses — and who doesn't like a good Easter egg?

An Eevee can evolve into one of three possible forms — and it turns out that you can control which one yours turns into if you give it a nickname. One of three very specific nicknames, in fact. Some hardcore "Pokemon-Go"-players on Reddit stumbled upon a secret way to control the evolution of Eevee which centers around a nod to the OG Pokemon anime.

Here's the secret: In a 1998 episode of the animated series titled "The Battling Eevee Brothers," Ash discovers an abandoned Eevee owned by a boy named Mikey. The Eevee has three brothers: Sparky, Rainer, and Pyro. So what Reddit users have since confirmed is that by nicknaming the Eevee you plan to evolve Sparky, Rainer, or Pyro, it forces the Eevee to evolve into a Jolteon, a Vaporeon, or a Flareon, respectively. So choose your nickname wisely.

In order to evolve your Pokemon, you've gotta get your hands on some candy. Depending on what type of Pokemon you're trying to evolve to, you will need different amounts of candy; additionally, each candy is breed-specific (so, you can't use a Squirtle candy to evolve a Bulbasaur). There are a few ways to earn candy — for example, catching a Pokemon gives you three, transferring a Pokemon to Professor Willow gives you one, and hatching eggs gives you between 10 to 30 (more on that in a minute).

If you stick to simply catching and transferring, it could take a hot minute to hoard enough candy to evolve. However, there is an easy trick that'll speed things up and that is placing a Lure Module. These only last 30 minutes, so you'll need to make the most of it, but they draw in a plethora of Pokemon so you can capture a ton in a small amount of time. At three Candies a pop? Yes, please.

All hail the "Pokemon Go" players of Reddit for sharing their vast knowledge of all things Pokemon with the rest of us! In this case, we can thank Redditor bchn, who spent the time while the "Pokemon Go" servers were down this past weekend creating a Pidgey Calculator. What the heck is a Pidgey Calculator, you ask? It just so happens to be an ingenious device that determines when a player should evolve their weaker Pokemon. All you have to do is "pop in the amount of Pidgeys and Pidgey candies you have and hit Calculate." Then voila — you learn whether or not using a rare and prized Lucky Egg is worth it at that moment.

4. Hatch More Eggs... Without Having to Walk a Million Miles

Remember back in hack No. 2 when we said hatching eggs will earn you between 10 to 30 candies? By now, you're undoubtedly dying to know how to hatch all the eggs. For starters, you have to hit up some PokeStops, because that's where you'll find eggs. When you do find an egg, you then have to place it into an Egg Incubator. Once that's done, the Incubator will spit out a number: the distance you have to walk in order to hatch said egg. Oof.

Hoofing it around the city isn't exactly a speedy process, which means it takes a sizable investment of time to glean a boatload of Candy by hatching eggs. UNLESS, that is, you take the lazy way out and adhere to a little hack players have discovered — streetcars. Or trollies. Or basically any form of public transportation that doesn't exceed 25mph, the apparent point at which "Pokemon Go" stops counting your movement toward your distance quota for egg-hatching. You could also try one of these methods for hatching eggs in "Pokemon Go" without walking... and if you get really desperate, you can always take a gamble on this guy's advice: