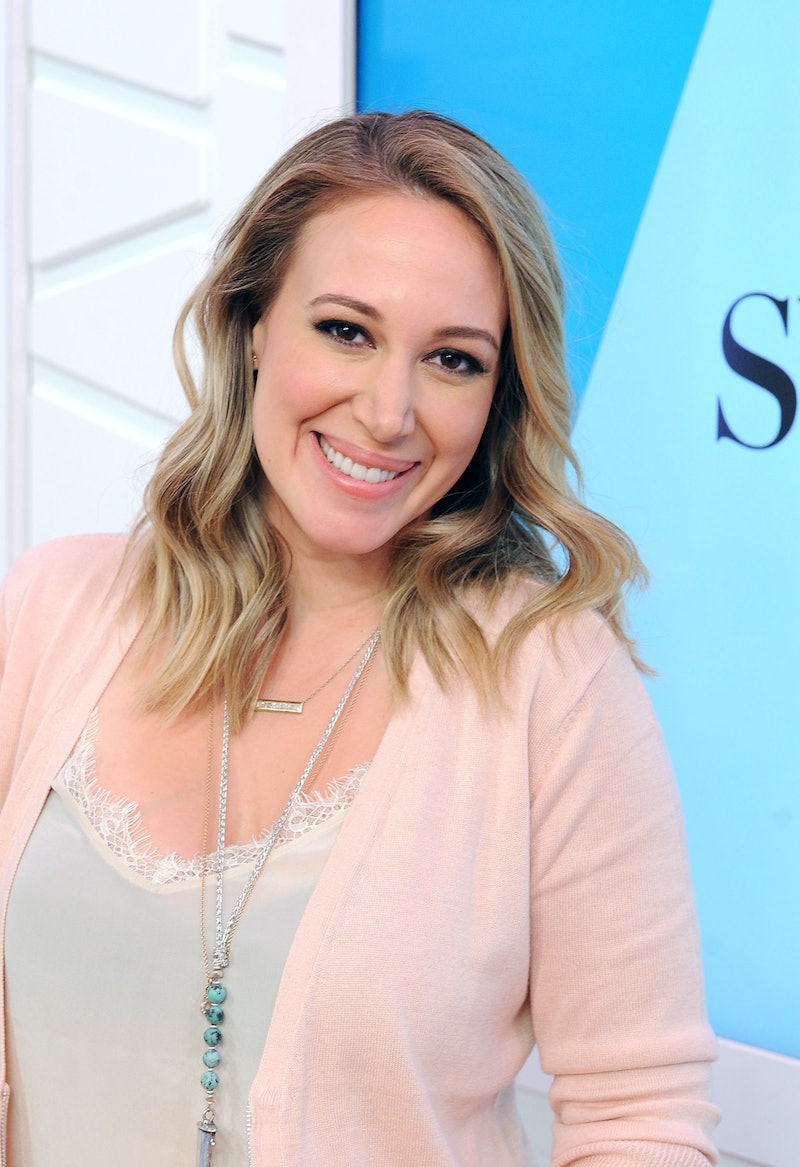 Yes, she is best friends with her sister Hilary Duff, but Haylie Duff is also great friends with Ali Fedotowsky. The soon-to-be star of Cooking Channel's Haylie's America and the former star of The Bachelorette are so close, in fact, that their families spend a lot of time together. While chatting with Bustle about her upcoming cooking show and her life as a foodie, Duff gushed about Fedotowsky as a new mom and whether or not she's shared advice with her friend about motherhood.

"First of all, I love Ali," Duff says. "She is such a fantastic new mom." Basically, Fedotowsky is so amazing as a mom that Duff hasn't given her any advice whatsoever. In July, the TV host and her fiancé, Kevin Manno, welcomed their first child together, a girl named Molly Sullivan Manno. Well, after seeing her in action as a mom, Duff feels like her friend is doing a wonderful job and even gets emotional thinking about it.

"Molly and Ali and Kevin were all just at our house this last weekend [at the end of July], and I could just cry at the thought of it," the 31-year-old Real Girl's Kitchen star says about Fedotowsky as a mom. "She is so, so good. She and Kevin have just taken to this so beautifully. I honestly haven't given her much advice."

Duff, who is a mom to her 1-year-old daughter, Ryan, with fiancé Matt Rosenberg knows a thing or two about motherhood, so obviously she and Fedotowsky can bond over that. Even though the swapping of mommy tips hasn't happened between them just yet, that doesn't mean it won't in the future.

Until then, Duff is happy to be there as a support system, good friend, and to, of course, swoon over baby Molly. "I've just been there to support her if she has a question about something, but I've just kind of been there to like squeeze on their new baby and to laugh with her about certain things," she says. "Yeah, I don't think she needs too much advice. I think she's been doing an amazing job."