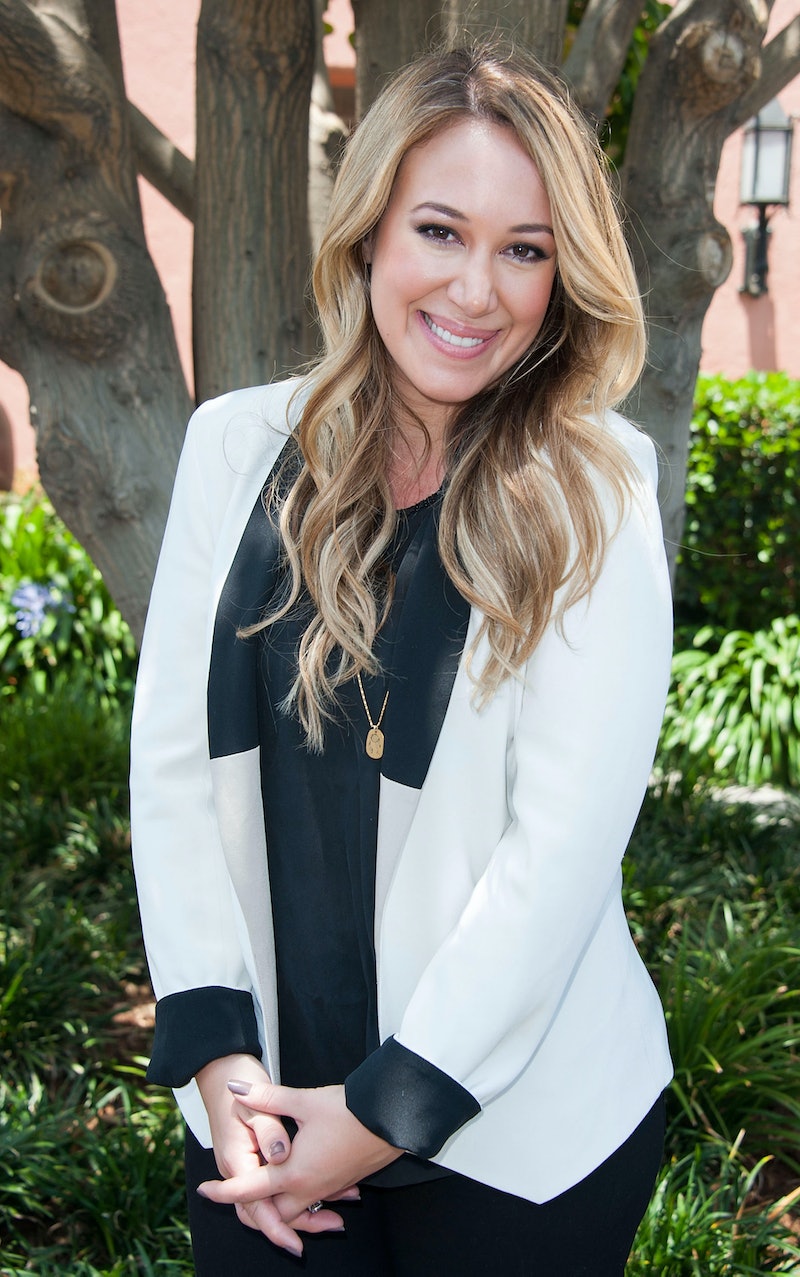 Get the balloon, cake, and champagne ready, because congratulations are in order for Hilary Duff's sister! Haylie Duff gave birth to a baby girl on Monday, according to E! News, and the outlet is reporting the beautiful baby has been named Ryan. Bustle's request for comment has not been returned as of Monday evening.

In December 2014, Haylie announced her pregnancy with fiancé Matt Rosenberg. Of course, the two shared their exciting news in the most adorable way possible (would we expect anything less?). Haylie shared a photo of tiny, pink Jordans with the following caption: "Happiest girl in the world! Finally can let everyone know that Matty @mr_sts and I are expecting! #BabysFirstJordans." I told you it was cute.

Ever since the sweet couple announced their news, fans of Haylie have been patiently waiting for her baby to arrive. Thankfully, her fans have been included in some of the celebrations, like Haylie's baby shower, thrown by her sister, which guests Instagrammed up a storm about. It was filled with famous faces, gorgeous flowers, lots of yummies, and, yes, a video recap provided accompanied by Justin Bieber's "Baby." Doesn't get better than that, right?

There's no doubt that she'll make a great mom, especially since Haylie's had so much practice with her nephew and Hilary's son, Luca.

Congrats to Haylie and Matt on their baby girl!