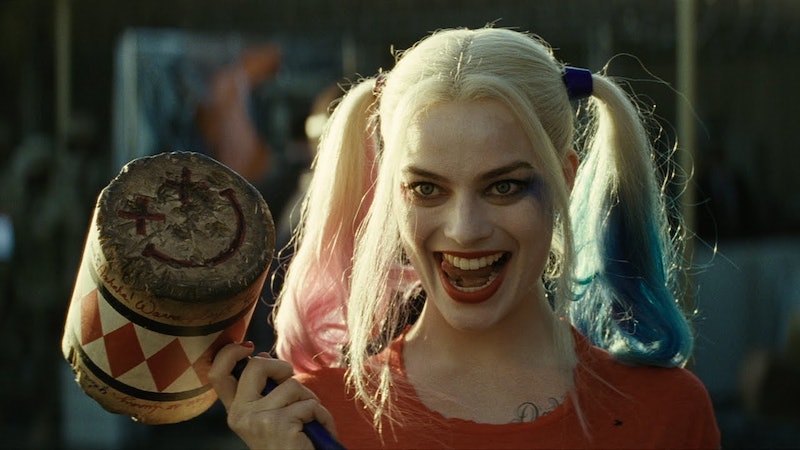 Now that Suicide Squad is finally hitting theaters, comics fans can start talking about everything and everyone they've been obsessing out for the last year, from Jared Leto's Joker to the mysterious villain to the first-time arrival of Harley Quinn on-screen. And they can all talk about the Suicide Squad ending, which not only brings the movie to a satisfying conclusion, but raises some big questions about where its characters will go in any follow-up films to come.

Read on only if you're ready to talk about some major Suicide Squad spoilers. All good? OK. So the Suicide Squad ending is truly set in motion when Amanda Waller is captured by Enchantress, and the team is told to go rescue her and defeat Enchantress once and for all. They head out to get her, reuniting with Harley (who the Joker rescued, but who ends up coming back to join her friends) and arriving at Enchantress' headquarters. The villain and her equally evil brother are already busy destroying the world, using Waller's classified knowledge to access and demolish major worldwide sites. Basically, it's not looking good.

So the squad gets to fighting, and for awhile, they can't seem to get in the lead, because of how powerful Enchantress and her army are. Diablo is the first one to make significant progress when he sacrifices himself in order to kill Enchantress' brother. It's a sad scene, but it helps the squad gain the upper hand. Yet they still aren't truly winning, and Enchantress tells them they should come on her side, as she thinks they have no chance of gaining back control. For a moment, it seems like Harley is taking her offer up, but she instead uses the opportunity to kill Enchantress, thus saving the team, the world, and the woman whose body the villain inhabits, Joan.

Afterwards, Waller thanks the group, and tells them that because of their actions, they can each have 10 years off their sentences. They agree to that, but ask for a few favors as well. The following scenes show Deadshot getting to visit with his daughter and Harley getting an expresso machine, among other perks. Yet the film doesn't end on that lighthearted note — there's a scene of the Joker breaking into jail and rescuing Harley. That's the end of the movie, but afterwards, the post-credits scene shows Waller meeting with Bruce Wayne, trading him information on metahumans (i.e. future Justice League members) for his company's protection.

And while that scene is a good set-up for Justice League, it's the Joker-rescuing-Harley scene that leaves audiences with the most questions. Will a Suicide Squad sequel or Harley Quinn spinoff feature her escapades with the Joker? Will we ever learn where they go, or what havoc they wreak? How will the rest of the squad deal with Harley's absence, especially Deadshot? Fans will have to wait a long time until we find out for sure what the plans are Harley, the Joker, and that crazy, cliffhanger ending.