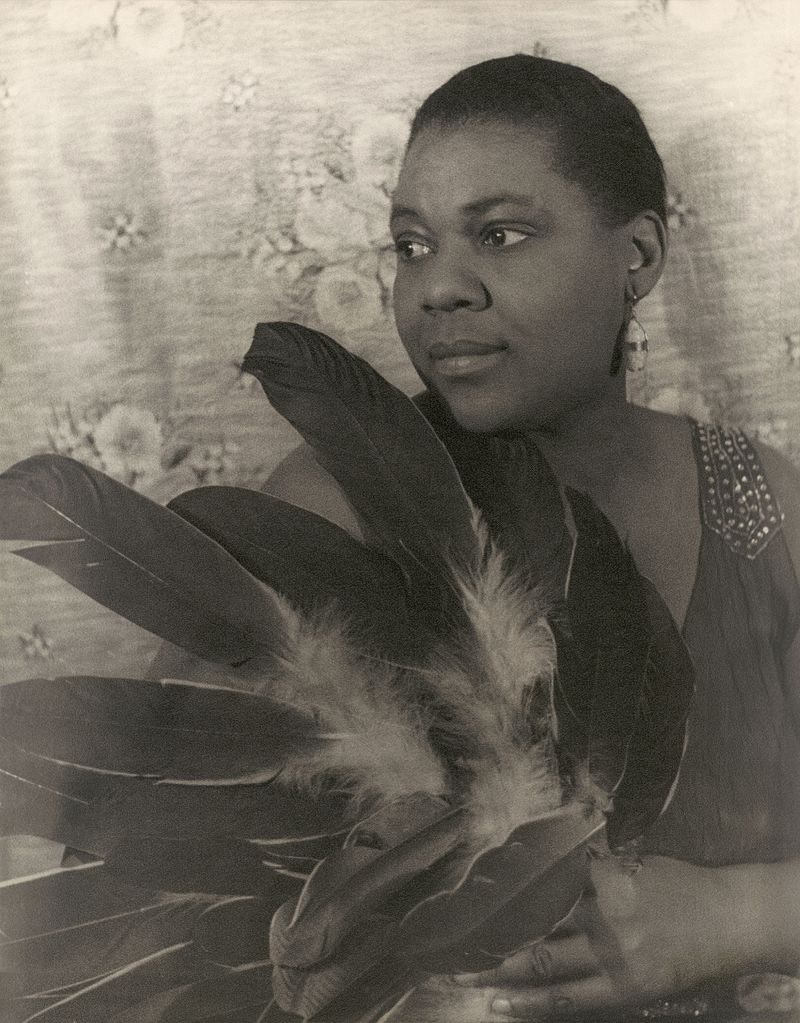 To be a woman in history is often a difficult enough task (ask Queen Theodora, the Byzantine empress painted to be a prostitute by a male historian); to be a woman and queer in the past often looks like it was fraught with unimaginable difficulties. But certain notable figures still managed — and managed in spectacular style. Some of the most influential, artistic and highly-awarded women in history have had a decent dose of queerness in their lives. But today, I'm not focusing on those who often have the limelight during discussions of important queer historical figures, like the poet Sappho. Instead, we're going on a journey through some of the lesser-known queer women of history.

From the out-and-proud Yorkshire noblewoman who kept an encrypted diary of her liaisons with women, to the Mexican singer who had an affair with Frida Kahlo and died a legend at 93, these are women whose primary noteworthiness in history isn't related to their choice of bedmate. But as much as they might have not personally prioritized that aspect of their identity, or viewed their orientation in vastly different ways to our own views of sexuality today, visibility is important. It's key to remember that queer women weren't an invention of modernity; they've been around forever.

Here are seven queer women in history whose scandals, innovations and contributions need to be on your radar.

If you've ever wondered at the origin of the coy term "sewing circle" as a euphemism for a gathering of queer women, it's alleged to have started with Alla Nazimova, a Russian actress and apparent seductress extraordinaire during the Golden Age of Hollywood. Her salons at her house in 1920s Los Angeles, known as the Garden of Alla, were famously Sapphic, and biographers have called her “the most notorious Hollywood lesbian actress of all.” But she was also an extremely talented actress and silent film star, though her career was damaged when it emerged in 1925 that her marriage to a gay actor, Charles Bryant, was a "lavender marriage" created to protect them both. She apparently had flings and relationships with virtually every other queer actress at the time, from Mercedes Acosta to Dorothy Azner.

Queer or not, you should know about Alice Dunbar-Nelson; the New Orleans native of mixed race became one of the leading lights of the literary movements called the Harlem Renaissance in the early 20th century, and was, in the words of the Poetry Foundation, "one of the few female African American diarists of the early 20th century." But her poetry, prose and memoirs also occasionally mention the fact of her bisexuality, alongside her activism for women's rights and racial equality. She was married three times to men, occasionally tumultuously, and reportedly had relationships with pioneering black journalist Fay Jackson Robinson and the prominent headmistress Edwina Kruse, at whose school she taught.

Speculation regarding the sexuality of Garbo, one of the most exquisite actresses in Hollywood history, has continued for decades, but it seems that there was a heavy dose of queerness in the screen legend's make-up. In letters to actress Mimi Pollak, she declares, "I dream of seeing you and discovering whether you still care as much about your old bachelor. I love you, little Mimosa," and "We cannot help our nature, as God has created it. But I have always thought you and I belonged together." Her most famous liaison, however, was likely with the actress Mercedes Acosta (yes, the one who also had a fling with Alla Nazimova), though it's been alleged she also had a fling with Marlene Dietrich (who then studiously pretended never to have met her afterwards), one of Acosta's exes. In her letters, Garbo described her romantic relationships with women as "exciting secrets."

Did you know that the second female winner of the Nobel Peace Prize was likely a lesbian? Bet you didn't. (Tragically, she died three days after the honor was awarded in 1931.) Jane Addams was a towering figure in 20th century philanthropy, first opening Hull House as a facility for community aid in Chicago in 1919, then gradually becoming one of the world's foremost peace activists, including engaging in a famous argument with President Woodrow Wilson during World War I. Meanwhile, she had long, committed romantic relationships with women over the entirety of her life, particularly with co-founder of Hull House Mary Rozet Smith (their 30-year relationship was referred to by Addams as a "marriage"). We're not sure whether their relationship was sexual (when the two travelled they requested a double bed), but it's clear that they were deeply emotionally devoted, even if they didn't regard themselves as "lesbians" in the modern sense of the word.

If there's anybody on this list who can claim a contribution to the history of LGBT identities and politics, it's Anne Lister, who is occasionally termed the "first modern lesbian". A wealthy English noblewoman of the early 1800s, she was unashamed of her lesbianism and managed to live, essentially, as a man in the straight-laced (pun intended) world of rural British gentry, including "marrying" a woman. Lister burst onto the world historical scene when her four million-word diaries were found and published in the late 1980s by a historian, including incredibly graphic sexual passages and her hilarious seduction attempts (she'd mention something in classical literature about homosexuality, then see what the reaction was). She tried to be coy; her euphemism for hitting the sheets was "going to Italy," and a portion of the diary was written in a code made of algebra and ancient Greek. A large part of Lister's freedom was down to her wealth, which allowed her to go off climbing mountains and seducing French maidens without the brutal consequences that women of her era with fewer financial resources may have faced.

You already know Smith if you're interested in the history of American blues; her gorgeous voice earned her the title "Empress of the Blues" and made her one of the highest-paid black artists of the 1920s. She's since been called "the greatest female blues singer who ever lived," even though her life was cut short by a car accident in 1937, when she was only around the age of 40 — an accident that was so controversial, Edward Albee wrote a play about it (it has been suggested that she may not have died from the accident if she had been white, because she would have been given medical attention sooner).

It's also been suggested that she may have had a romantic relationship with her mentor, blues singer Ma Rainey, and a recent biopic starring Queen Latifah, Bessie, tackled her bisexuality head-on, with the director explaining in an interview that Smith inhabited the experimental sexual culture of the 1920s with great charisma and charm. According to Smith's niece, who was on the road with her for a period, she had a chaotic romance with the chorus girl Lillian Simpson, but she also had a tumultuous marriage to musician Jack Gee, with whom she adopted a child.

When Chavela Vargas passed away in 2012, NPR lamented that "a legend of Latin American song has died," and the New Yorker wrote a tribute to "Mexico's Majestic Lesbian Chanteuse." This Costa Rican was one of the biggest influences on Mexican music of the 20th century, specializing in the particular art form of rancheras, the traditional folk Mexican music genre; she was one of the most famous musicians in Mexican history. She also publicly came out as a lesbian in her memoir, published when she was 81, in which she stated, ""Homosexuality doesn't hurt. What hurts is when you're treated like you have the plague because of it." She's reported to have had a long-lasting relationship with Frida Kahlo (though it's never been confirmed), and one of her most famous songs, “Macorina," is about a liaison with a woman with breasts like "fruit." And if that's not something for the history books, what is?

More like this
Are Gemini & Scorpio Compatible In A Relationship?
By Kristine Fellizar
15 Flirty "Thinking Of You" Texts That’ll Make Your Crush’s Day
By Lexi Inks
The “Rules For Dating” TikTok Trend, Explained
By Lexi Inks
The UK's First LGBTQ+ Museum Is Finally Opening
By Sam Ramsden
Get Even More From Bustle — Sign Up For The Newsletter