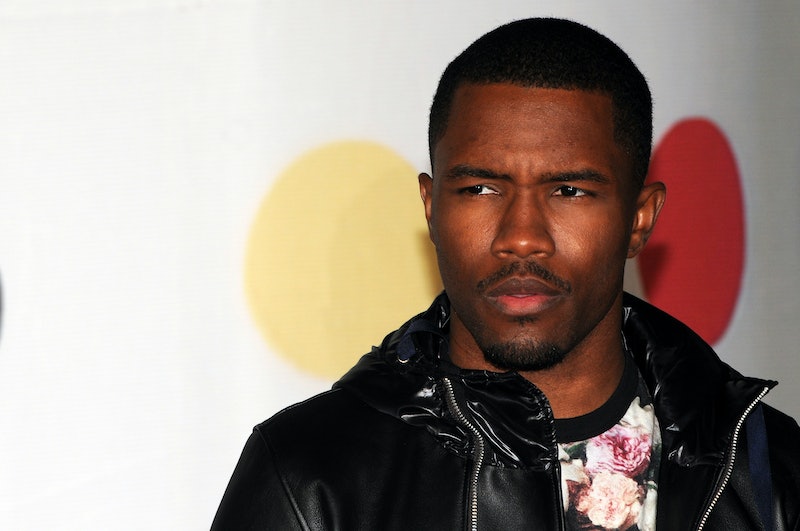 Hi, Frank Ocean. It's me, Alexis. You know, the girl you made watch literal hours of your live stream for no reason. And I know I'm not alone in this. Frank Ocean has taken so long to release anything that might reasonably be called an album that Snapchat has Boys Don't Cry filters poking fun at how long fans been waiting for this album. I'm a patient woman, and I know these things take time, but if Ocean does me dirty one more time, I swear I'll... probably do nothing and keep waiting for this piece of art. That's what I know it will be, and that's how badly I want it. And Snapchat understands the torture I'm being put through right now.

Ocean has been promising the highly-anticipated followup to his 2012 debut studio album channel ORANGE for months now, but the final date was rumored to be on Aug. 5., according to the New York Times. Granted, we only got that after keeping Safari open in the background on our work computers all day on Aug. 1, watching a man cut wood in hopes that a secret message would be revealed. After a while, we were all literally just watching an empty workbench, while even the man was off-screen, so, if I never hear another buzz saw or a chord of ambient music again, it'll be too soon. But while I'm trying to put that irritation behind me and focus on the future — can you tell that it's not working? — I'm not the only one whose patience is wearing thin.

Bright and early on Aug. 5, before we even had the album, Snapchat revealed two new filters in anticipation of Boys Don't Cry , and they perfectly reflect how we're all feeling about this four-year wait. The first one is a candid photo of you patiently waiting for the album to drop on Apple Music:

It's a skeleton with a cobweb forming on it, because that's what we're all becoming. I've given you four of the best years of my life, Frank Ocean. Don't you dare let me down on Friday.

The second filter is modeled after Frank Ocean's Tumblr notes, with the text "Dear Frank Ocean..." in an OSX TextEdit window.

Unfortunately, the Snapchat update containing these two filters is only available in some areas, so it's up to those of us who are in it to send Frank Ocean about a million Snaps begging for Boys Don't Cry to be released on time. Not to get all millennial on you about this, but I really can't take another delay.