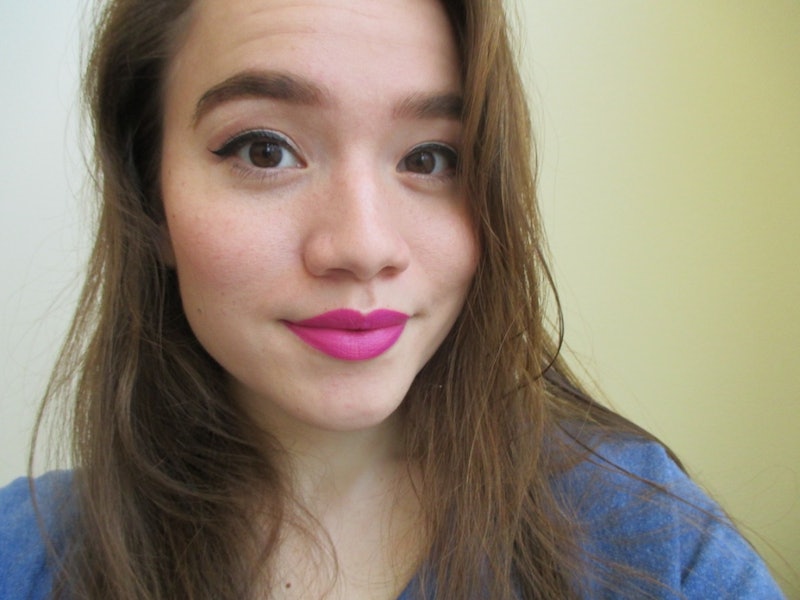 For over a decade now, I've struggled with oily, acne-prone skin. And if I'm being honest, the struggle isn't as real now as it was even a few years ago. While it's possible that part of the reason is just that I've gotten older and perhaps my skin has changed on its own, I do think something that has helped my oily skin is using skin care products marketed to those with normal and even dry skin types. I know it sounds crazy. Why would I ever think to use rich, heavy oils and lotions on my already-greasy mug? Well, part of it was because I had already spent a good eight-or-so years trying what felt like everything to help oily skin become even slightly more matte. The other part was because I finally learned about what could be causing my sebaceous glands to go into overdrive in the first place.

Don't get me wrong, I actually do like having a naturally dewy complexion. It just becomes a problem when you're going through mattifying primers, powders, and blotting papers in a matter of weeks. My tipping point was when I switched from using lightweight moisturizers to gel moisturizers. I thought it couldn't get much lighter than that without forgoing moisturizer (and I knew that wasn't an option because acne treatments are too drying to use without one).

Now if gel moisturizer or whatever your current skincare regimen is does help you keep control over your oily skin, more power to you. However, for me, this switch was a mistake. My skin had never before been as oily as it became during the time I tried gel moisturizer. The above photo is how shiny my skin becomes after about five hours on average now, and this is a serious improvement for me. When I was using gel, my shine would have been about three or four times worse. But if I had known then what I know now, I wouldn't have wasted so much time and money on products meant to suppress oil. Instead, I would have just moisturized better.

When I learned that one reason oily skin can become even oilier is because a lack of hydration can send oil production into overdrive to make up for it, I decided to try heavier formulas. I had listened to market descriptions for what would be best for my oily skin for so long that I had forgotten that just because two people have oily skin doesn't mean they can both be treated in the same way. There are so many factors that go into why your skin is the way it is. By pigeonholing your skin into a specific "type," you could actually be limiting your options for how to care for it.

So I made the switch. I started using cleansers, serums, moisturizers, and even oils that were advertised as being for normal, dry, and even very-dry skin types. I admit it felt a little weird at first. I thought maybe this plan would backfire because, surely, no oily-skinned person could actually get away with using thick-and-creamy skincare without her face melting off. But after just a couple of weeks switching from oil-free everything to even using some 100-percent oils in my skincare regimen, I started to notice a difference. No, my skin hadn't magically become matte, and my oiliness still eats away my makeup everyday. But I went from using three or four blotting sheets per day to only one or two (if I blotted at all).

And now that I understand a little better how my skin works, and what some of the factors are that make it oily, I can better craft and maintain my skin care regimen. I won't say that I'll never go back to products marketed for oily skin. Labels have led me astray before, but new products and ingredient combinations are developed everyday. So instead, I'll keep an eye on ingredients. I'll get to know what exactly it is about these moisturizers for dry skin that work well for my oily skin. That way, I can tell how well new products might work for me without having to blindly trust in their capabilities because they are "for oily skin" or even "for dry skin."

I don't believe there is a one-size-fits-all solution for oily skin. But if you're like me, and you feel like you've tried everything to keep the shine at bay yet nothing has quite worked, try going the other direction. Drink plenty of water and use more intense moisturizers to hydrate your skin from the inside and outside. Perhaps your excess oil is just a sign that you actually do have dry skin underneath, and the oil is only there to compensate for the moisture that is lacking in your skin care routine. It's worth a shot, right?