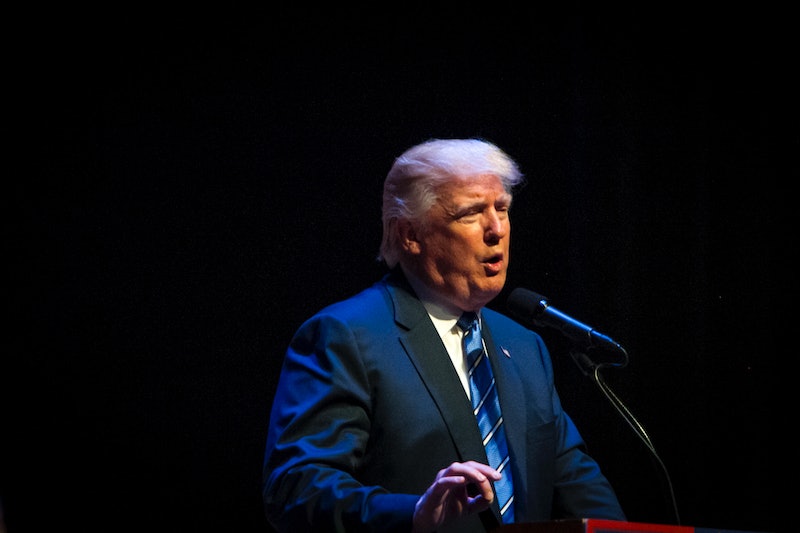 Well, the heat is finally turning up, and it's a shame nobody had the courage to do it sooner. According to a Politico report, Republican insiders are now urging GOP presidential nominee Donald J. Trump to drop out of the race, a pleading process that sounds about as doomed to failure as anything ― really, you think this guy is going to play nice? And yet, considering recent polls that suggest Trump could be headed for a devastating defeat, it's worth knowing the process: How does the GOP's vacancy rule work if Trump were to drop out?

First thing's first, #NeverTrump camp, don't get your hopes up just yet. There's still more than three months between now and election day, and as poorly as Trump has behaved, there's still more than enough time (and more than enough chaos and uncertainty in the world) for some unforeseen series of events to vault him back into contention. It doesn't help that Democratic nominee Hillary Clinton keeps repeating a false retelling of FBI director James Comey's comments about her email server scandal ― in simple terms, she's not so much carrying the day as Trump is blowing it, and that might not be sustainable.

Also, it really doesn't make a ton of sense that Trump would bow out in any fashion that allowed the Republican Party to regroup ― to this point, he's been plainly and openly hostile towards the establishment. But that said, if it somehow did happen, here's how it would work.

You might naturally assume that Trump dropping out would hand the nomination to his vice president, but you'd be wrong. Rather, as Politico's Steven Shepard expertly detailed on Friday morning, in the event of a presidential vacancy Pence would remain the VP, and a new top of the ticket would be picked by the party. Specifically, the GOP's Rule 9 dictates that the Republican National Committee would vote to determine who slides onto the ticket.

The rules could also allow for another Republican National Convention to be convened. But after how devastatingly poorly the last one went, and considering the fact that there's no venue picked out, no preparations made, and that Trump leaving the ticket would likely cause an irreparable split within the party, that could be a very bad idea.

Simply put, this is the last conceivable escape hatch that the party has, whether they get Trump off the ticket through pressuring him, or convincing him he's heading for a humiliating loss, or by invoking some arcane rule to force him off: It all comes down to the new nominee being picked by — you guessed it — party officials.

Needless to say, that's the exact opposite of the vision of politics that countless Trump supporters believed they were ensuring when they cast their votes for him. Imagine if Democratic grassroots darling Bernie Sanders had somehow won the nomination, sunk into the depths in the general election polls, and was thus pressured out of the race by the DNC? How do you think that would be received?

Simply put, overturning the collective will of the party's grassroots that way, even though it likely be the best possible decision for the country and party alike, could have devastating implications. Especially when you consider how unlikely it is that Trump would play ball, so to speak ― he's nothing if not a belligerent political personality, and it takes virtually no effort to imagine him deliberately turning his supporters against the party that spurned him. In other words, sure, the Republicans can try to muscle Trump off the ticket. But even if they somehow succeeded, they'd probably still be in for a world of hurt come November.