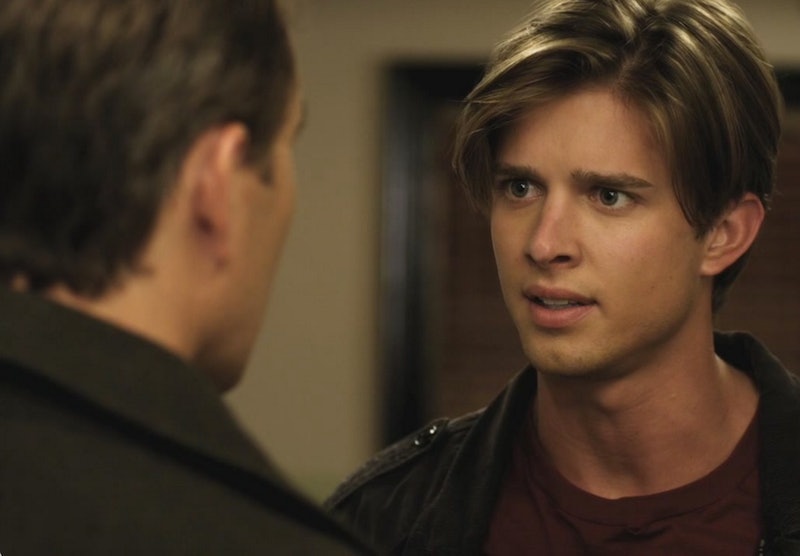 Jason DiLaurentis, who are you, you beautiful blonde boyband castoff? The man with the curtains is undeniably the most opaque of all of the DiLaurentis family members and the show has left a mountain of questions unanswered with regards to Ali's enigmatic half-brother. So now that Jason DiLaurentis will return in Pretty Little Liars Season 7, will the show finally give his storyline some much-needed closure? There are currently all the loose ends about this character, which leads me to two theories. Either this is the strongest example yet of dropped plots on Pretty Little Liars, or Pretty Little Liars is going to show off some crazy, long-stretching, Game of Thrones style plot to tie all of the many, many Jason DiLaurentis questions up in one neat bow by the end of the season.

Ali's brother is heading back to Rosewood for the episode that I'm giving the best episode name award to: "Original G'A'ngsters." (After seven seasons, it must be tricky to think of an A based pun each time. Somebody give this plucky Pretty Little Liars screenwriter a raise, stat.) According to the episode synopsis on IMDB, "Jason returns to town to stop Ali from getting too close to Mary." Finally. Can Jason really have been so busy running the shady Carissimi Group that he totally forgot to check in with the other sister who has been recently checked into an insane asylum? Especially given Alison's mom's absence, it seems unlikely that Jason would have gone AWOL on his sister in her time of need. Sure, they're not particularly close, but he's not a monster. Or is he?

First of all, if he's returning to town to stop Ali from getting too close to Mary, does that mean he knows who she is? And why would he, if he was dense enough about Mary's daughter CeCe to not figure out that he was dating his own sister? And how is he the only member of the creepy teen-girl surveillance club, the N.A.T club, who hasn't been murdered yet? And how exactly does Jason factor in now at the Carissimi Group now that the business has been taken over by Elliott and Mary?

To say there have been loose ends on Pretty Little Liars is, ooh, somewhat of an understatement. There were the PLL moms in the DiLaurentis basement... just left there, with no clarification of how they got out. We still have no idea if Wren was good or evil or just British. Remember that time Toby went missing and Emily went to a warehouse to look for him and some guy knew her name? Never explained. What happened to Hanna's evil stepsister? Or, for that matter, Hanna's Season 1 boyfriend, who she never broke up with? You get the point. There is no end to the show's dropped plots, and the questions surrounding Jason DiLaurentis have been piling up since he was first introduced.

With the end of the series rushing up so quickly, Jason's return could be a game changer. In fact, I believe it will be. I believe that all of the Jason chaos will be unravelled and tied up once and for all. And, when it is, that will prove that the writers knew what they were doing all along and, just like A, have been five steps ahead of us this whole time.