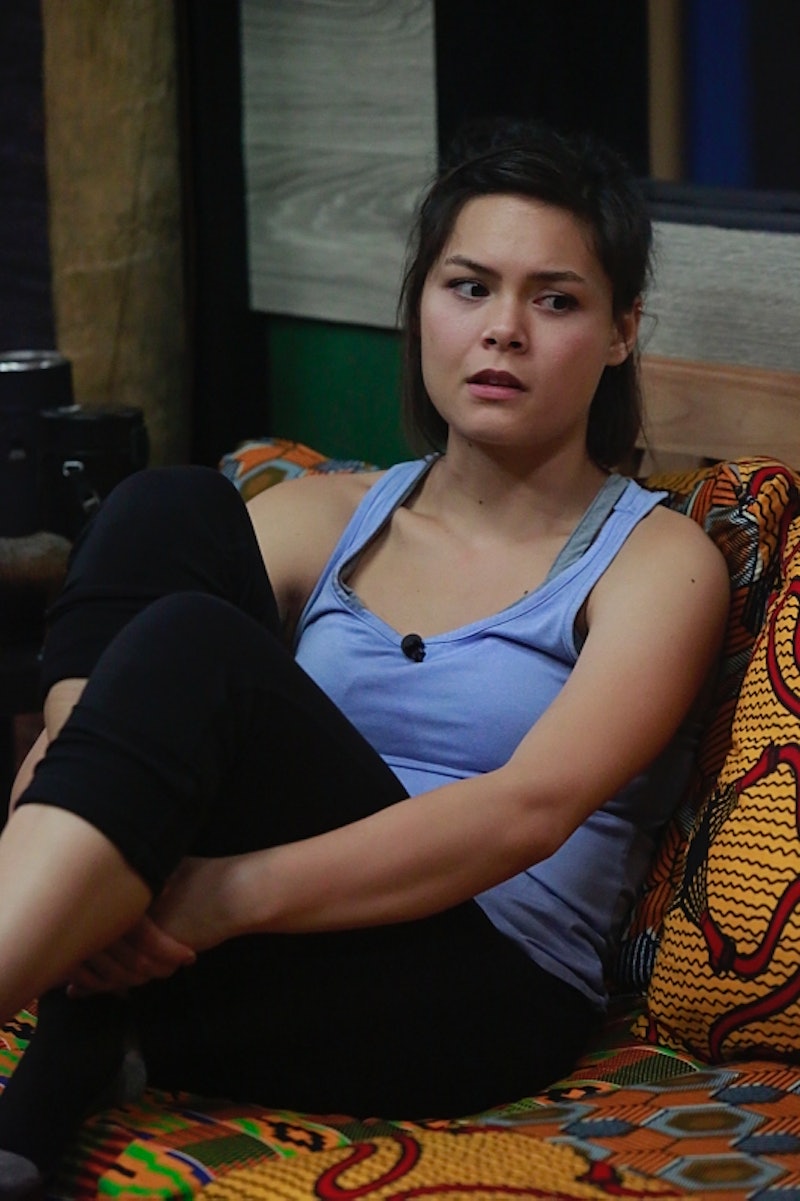 Everything about Big Brother requires strategy. Every interaction, every competition, every ceremony is all part of that larger game as the houseguests get closer to the $500,000 prize every week. A very common strategy in Big Brother is that when a houseguest knows how the house is going to vote, they vote with them to hide the fact that they don't agree. For example, if a houseguest wants to vote out Nominee A and the rest of the house is voting Nominee B, that houseguest will usually cut their losses and just vote for Nominees B. Voting against the house is a very easy way to put a target on one's back, which is exactly what happened when Michelle and Zakiyah voted to evict Bridgette on Big Brother 18 .

It's entirely possibly that Zakiyah and Michelle walked into that eviction meeting thinking that Bridgette would be going home on Thursday night, but the two of them voting against the house will absolutely be noticed by other houseguests. It's especially hard to believe that Zakiyah had no idea that Da'Vonne was the true target this week. Did Zakiyah just not want to vote Da'Vonne out due to their friendship, or do she and Michelle have beef with Bridgette?

Zakiyah and Michelle's history with Bridgette has appeared on the show in short bursts, but the feeds tell a much different story between the three. There has been evidence of other houseguests disliking Bridgette members and Reddit user katieorpenner compiled a detailed history of Bridgette's treatment in the Big Brother house. From these clips, it seems that the two houseguests who take the biggest issue with Bridgette happen to by Zakiyah and Michelle. They both have such disdain for Bridgette, they may have risked their entire game to ensure that Bridgette knew she wasn't liked.

Zakiyah and Michelle's feelings towards Bridgette and comments about her are harsh, to put it lightly. What's most damaging, however, is that their feelings about Bridgette seem to have blinded them to how their treatment of her and votes could affect the remainder of their Big Brother gameplay. The ship is beginning to sail on evicting Bridgette as people are realizing she poses no threat to their game. However, by being openly against Bridgette, despite the fact that the rest of the house doesn't see her as the largest target, Michelle and Zakiyah are showing the others that they are willing to go against the house in favor of getting out their personal enemies. This has left a sour impression on those in control of the house, which could come back to bite them next week.

After Da'Vonne's eviction, Victor became the new Head of Household, and within a few hours had people in his ear trying to push him to nominate Michelle and Zakiyah, including Zakiyah's (former?) showmance partner, Paulie. Trying to stick by Da'Vonne's side may be the very thing that sends Michelle or Zakiyah (or both, since there is likely a double eviction fast approaching) out the door and into the jury house. If Michelle and Zakiyah want to make it to the end, they'll need to start building bridges fast.