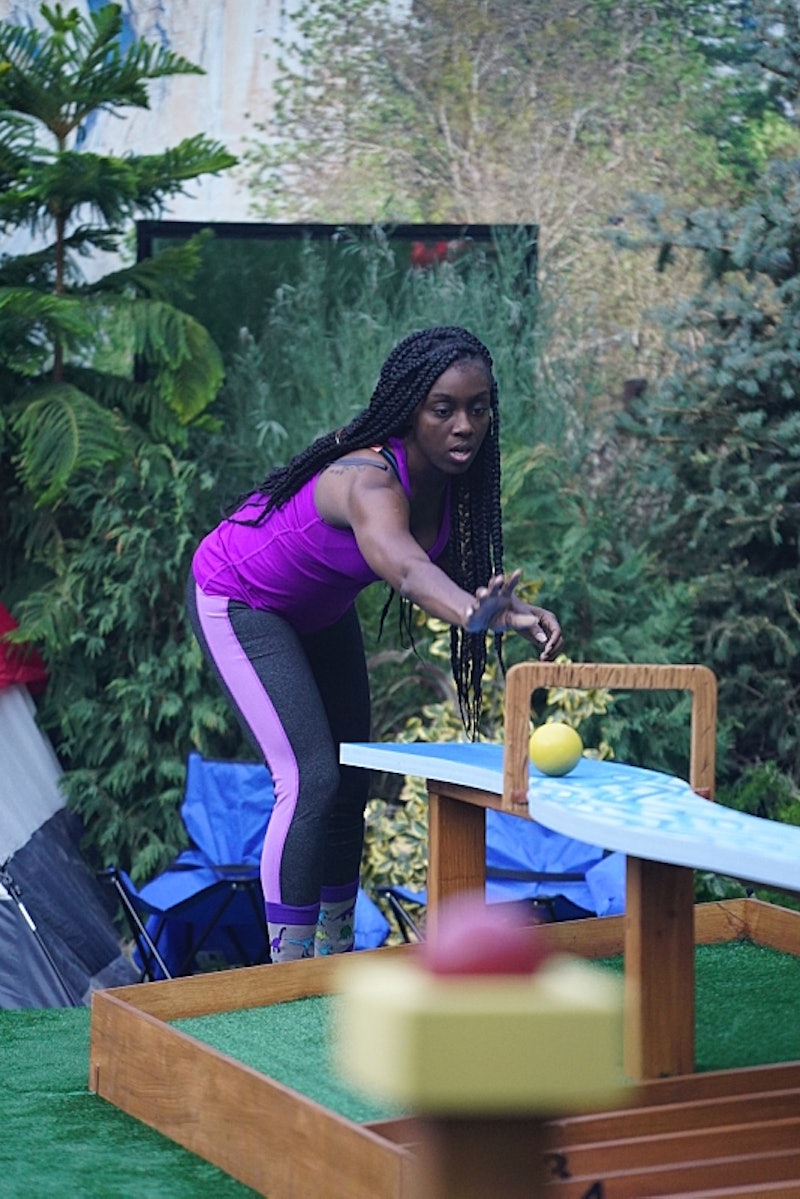 Everything on Big Brother seems to be going exactly as Paul and Paulie planned. After sacrificing himself as a pawn, Paulie got himself off the block by winning the Veto Competition, and Paul nominated Da'Vonne in an effort to backdoor her out of the Big Brother house. Paulie seems convinced that they have the votes to evict Da, telling Paul that they have all the men — Paulie, Victor, James, and Corey — and they can count on Nicole and Natalie. But, even though Paulie got Da'Vonne and Bridgette on the block on Big Brother , his plan could still blow up in his face.

Paulie is extremely confident that Da'Vonne will be going home this week, but I'm not so sure. Neither is Paul, who attempted to cover his bases by telling Da'Vonne that she was just a pawn to get Bridgette out of the house (which, coincidentally, is exactly the same thing he told Bridgette). It seems premature for Paulie to count on James' vote. After all, James has done a good job of keeping himself out of any house drama, and that means he's friends with everyone, including Da'Vonne. And, there's no doubt that Da'Vonne could be a useful ally in the house going forward, so if a swing vote like James helps keep her in the house, it could be good for his long game.

If James votes to keep Da'Vonne in the house, he could potentially convince Natalie to turn on Bridgette. And, Michelle and Zakiyah are close with Da'Vonne, which means that the votes could be close — extremely close. If Da'Vonne is evicted, then Paulie will likely continue running the house and evicting the girls one by one. However, if Da'Vonne gets to stay and Bridgette is evicted, it's anybody's game.

More like this
Stormi Just Walked A Red Carpet With Mommy Kylie Jenner & Daddy Travis Scott
By Hugh McIntyre
Everything We Know About Chèrie & Jessey’s Abrupt Exit From Bling Empire
By Alyssa Lapid
Kourtney & Travis Crashed His Daughter’s TikTok Live In Their 2nd Wedding Outfits
By Grace Wehniainen
When Was 'Bling Empire' Season 2 Filmed?
By Alyssa Lapid
Get Even More From Bustle — Sign Up For The Newsletter