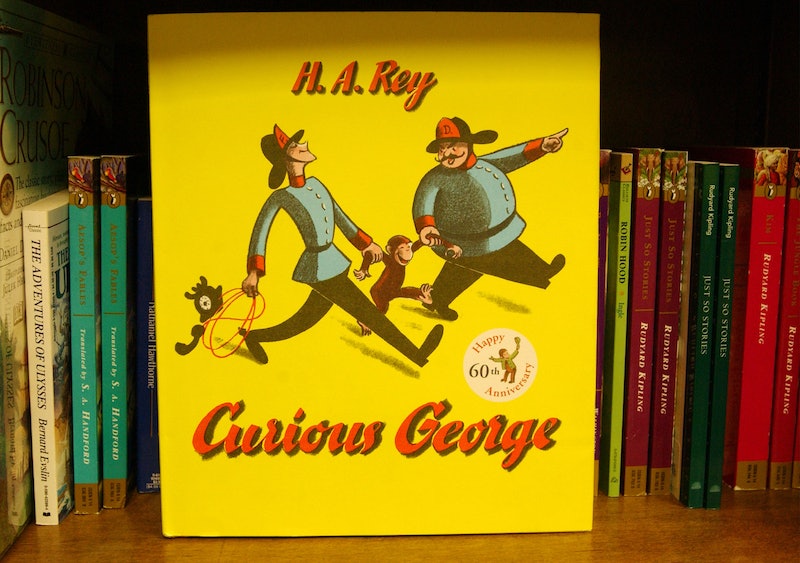 What makes Curious George's creators so fascinating? Before writing and illustrating their massively popular children's book series, German-born Jews H.A. and Margret Rey fled Paris in June 1940, the same month the Nazi occupation of France began. The Reys made their escape on homemade bicycles, and carried the original Curious George manuscript with them.

The couple had created their most famous character before leaving Europe for the U.S. In 1939, H.A. Rey published Cecily G. and the 9 Monkeys: a picture book about a lonely giraffe who makes friends with a mother monkey and her eight children, including Curious George.

Although he has a knack for getting himself into trouble, Curious George is ultimately a great problem solver, not unlike his creators. Yamazaki told the Associated Press:

I love how Margret describes the monkey as someone that finds himself in trouble and through his own ingenuity gets himself out of trouble. That's her words and it might have as well been them, describing them, especially in their escape. They literally found themselves, the night before, it was too late to leave, with no cars, no trains to be had, not even a bicycle. All they had was a tandem bike. It was Margaret who had no patience basically to ride a tandem bike to flee the Nazis. And she said, "Hans, my husband, do something about this." And he cobbled together two separate bicycles out of spare parts.

Stay up-to-date on Ema Ryan Yamazaki's work by checking out her website and following her on Twitter.