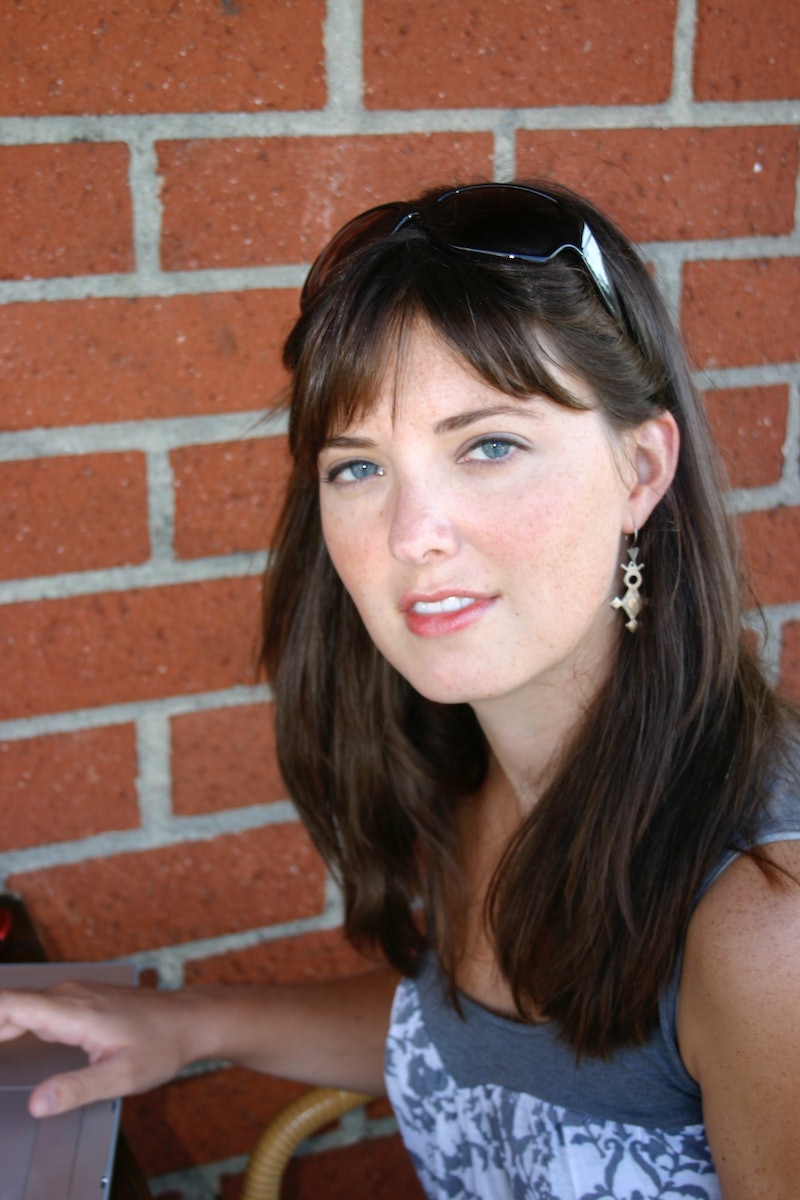 Jenn Marie Thorne didn't intend to write a novel that explored the nuances of allyship. In fact, when she began writing what would become The Inside Of Out , she conceptualized a story about teenage friends whose relationship is complicated by the arrival of a love interest.

"When I was brainstorming that idea, I thought, 'What if the protagonist was gay?" Jenn Marie Thorne tells Bustle. "But then I thought, 'Am I the right person to tell that story?'"

The question lingered, and her inner debate eventually led to a new story altogether — one with a straight main character who, despite the best of intentions, becomes a poster girl for how NOT to be an ally.

"When I was brainstorming that idea, I thought, 'What if the protagonist was gay?," Jenn Marie Thorne tells Bustle. "But then I thought, "Am I the right person to tell that story?"

Daisy and Hannah have been best friends forever, and when Hannah comes out, Daisy is ready and willing to be the best ally ever. But then Hannah starts dating their high school's #1 mean girl and Daisy's arch-nemesis, Natalie Beck. And Daisy, who doesn't have many friends, starts searching for new ways to connect with her bestie. She joins their Charleston high school's gay student alliance as the first (and only) straight member. But Daisy can't help but take things a little too far. Suddenly, she's spearheading the movement to lift the ban on gay couples at their school's homecoming dance. A cute college reporter, Adam, picks up the story.

Then it hits the national news.

Before she has time to step off her soapbox, Daisy is the nation's most recognizable gay activist. And everyone thinks she's gay.

Daisy, for all her faults and missteps, is a good person who honestly and earnestly wants to help Hannah and the other LGBTQ students at her school. But that just isn't enough, and her actions have serious consequences for Hannah, Natalie, and the members of the gay student alliance. Over the course of the novel, she learns that being an ally is about more than good intentions; it's a lifelong endeavor built on trust and dependability and support. Daisy learns that being an ally is about amplifying the voices of the community you're supporting, not turning up the volume on your own mic.

She learns that allyship isn't about her at all.

In the end, Thorne did write the story she intended — the one about two girl friends whose relationship is tested when they start dating. Daisy and Hannah's wonderful, weird relationship gets pushed to its limits when Natalie enters the picture. Their dynamic changes forever, but that's not necessarily a bad thing.

"Daisy is terrified that she's going to lose Hannah," Thorne says. "But one of the nice side effects of everything is Daisy is starting to meet new people and make new friendships, even as she's pushing Hannah away."

While the evolution and maturation of Daisy and Hannah's friendship is certainly one of the highlights of the novel, The Inside Of Out is much more than the author's original idea. With humor and heart, Jenn Marie Thorne has written a novel that challenges readers to look inside, examine their own privilege, and determine how they can be good allies — and good friends — without losing sight of the goal.

More like this
16 Novels That Paint A Realistic Portrait Of Abortion
By K.W. Colyard
30 Books To Read This AAPI Heritage Month
By K.W. Colyard
10 Must-Read New Books Out This Week
By K.W. Colyard
'Bridgerton' Star Nicola Coughlan Confirms Season 3 Will Focus On Colin & Penelope
By Grace Wehniainen and Alyssa Lapid
Get Even More From Bustle — Sign Up For The Newsletter