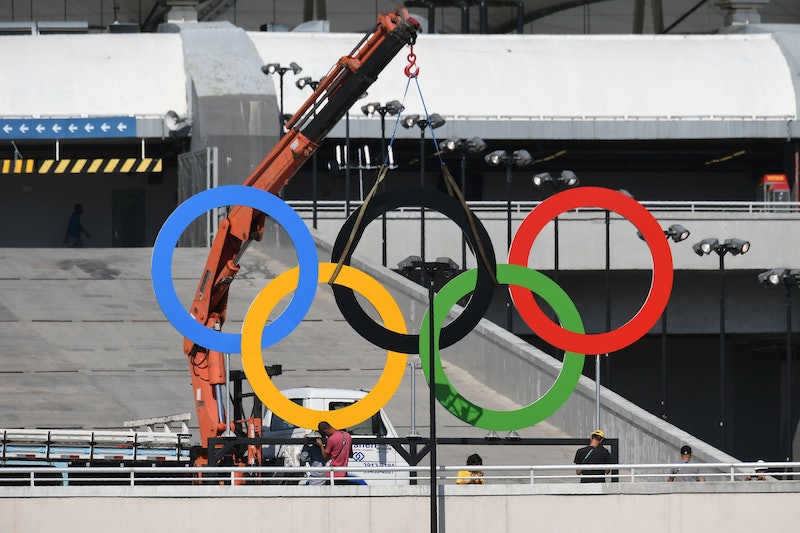 As the 2016 Rio Olympics opening ceremony dazzled the world with its tales of slavery and colonialism and philanthropic award, many stars and up-and-coming athletes were in attendance. As people kept their eyes peeled for athletes like Laurie Hernandez and Hope Solo some are wondering: Which athletes were not at the opening ceremony?

Earlier on Friday, it was reported that Brazilian soccer star Pele wouldn't be attending the opening ceremony due to poor health. Pele was supposed to light the Olympic flame, and in his absence, Brazilian tennis star Gustavo Kuerten will light the cauldron. Jamaican runner Usain Bolt didn't attend the opening ceremony, and said on Twitter that he didn't do so because he was feeling "lazy." His lack of attendance seemed to anger some Twitter users.

In addition to these two missing mega-stars, the entire Australian swim team was not at the ceremony, reportedly because their coach wants them to keep practicing.

There were reports that famed swimmer and U.S. flag-bearer Michael Phelps would leave the opening ceremony early, making him the first U.S. flag-bearer to do so. Indeed, Phelps left soon after carrying the American flag, only to be whisked away back to the Olympic village.

One team almost joined those not in attendance: the entire Australian team, who were held up for 30 minutes by protesters outside Maracanã Stadium. They did, however, make it in, and joined the rest of the countries for the Parade of Nations while their flag-bearer, cyclist Anna Meares, led the procession.

There were two other notable, but non-athletic, luminaries missing from the opening ceremony: President Barack Obama and Russian President Vladimir Putin. In Obama's stead, Secretary of State John Kerry led the presidential delegation. According to ThinkProgress, this was an astute political move: "Countries who choose not to attend, or who send lower-level officials, are oftentimes hoping to convey at best a message of disapproval to host nations, and, at worst, outright condemnation of their governments."

Given the issues of corruption sweeping Brazil, Obama might have hoped to tell the Brazilians that they won't be let off easy on the world's political stage. Putin's reasons for not attending were different than Obama's, but still political. Last month, his office announced that he wouldn't attend the opening ceremony following the International Olympic Committee's ban on Russian athletes. He does, however, plan on attending the rest of the Olympic Games.

The reasons behind those who aren't attending the opening ceremony may vary, but one thing is for sure: They definitely missed a heck of a show.