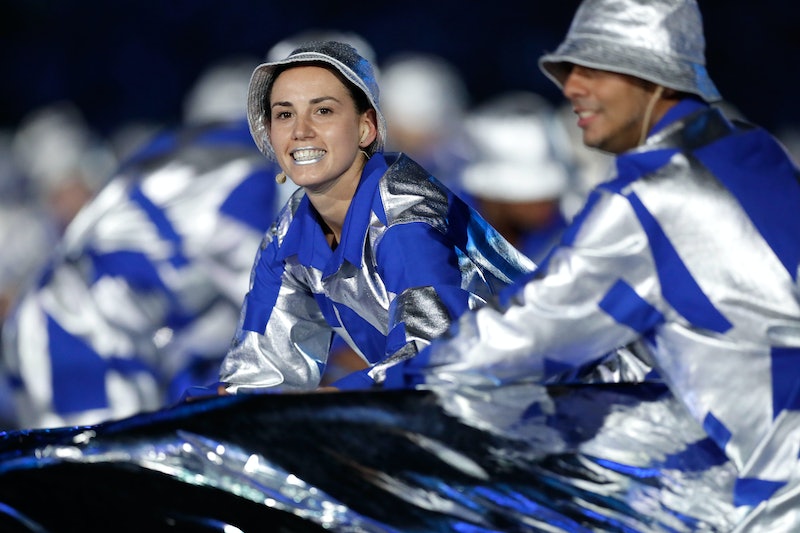 Maracana Stadium, where the ceremony is taking place, is a football stadium in Rio de Janeiro owned by the state government. It has been this stadium where so many sporting events have taken place over the years, but nothing quite as significant as the 2016 Olympic opening ceremony. Since the max capacity of the stadium is 78,838 people, rough estimates given by BBC are that over 75,000 people are attending the ceremony. I'd think that they would pack the place as much as they could, so I'm going to make an educated guess that there are closer to 78,000 people in attendance, give or take however many people it takes the run the show and perform all of those spectacular dances.

The stadium, which is named after a river in the area, first opened in 1950. But the Olympic opening ceremony isn't the only international event that Brazil has hosted within its walls. The stadium was initially built to host the FIFA World Cup in 1950. Brazil lost in that competition, but, since then, the stadium has been used to host a number of sporting events, including plenty of football matches between the country's biggest clubs: Flamengo, Fluminense, Botafogo and Vasco da Gama. The stadium has also been the spot where a number of concerts and musical events have taken place, but certainly nothing quite as big as the Olympics has ever come to Maracana.

With over 75,000 people in attendance for the opening ceremony, this Rio stadium is seeing its most exciting night yet.