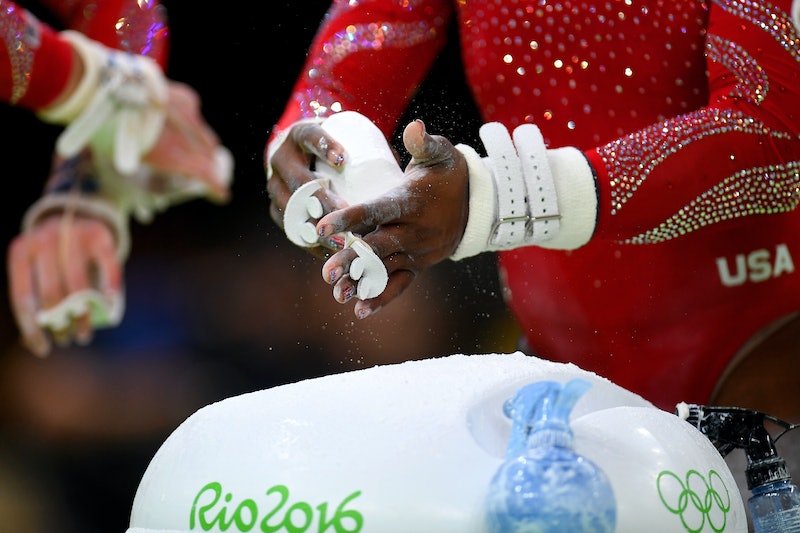 For most of us who grew up watching the Olympic Games, a perfect 10 was the dream score; a phrase used to suggest that something was right on the money. But that phrase is a bit outdated now that a new scoring system for gymnastics has been implemented at the 2016 Olympics. It was something Slate's Rebecca Schuman pointed out in a piece published last month in which she said viewers would aptly ask, "What the hell happened to the perfect 10?"

Well, it sort of got converted. According to The End of the Perfect 10, a new book, the scoring system was erected in part because of an alleged bias from judges regarding the scores Soviet gymnasts were receiving based on favoritism. A Canadian judge named Hardy Fink started devising a new way to measure performance, and the new Code of Points, incorporated one set of scores out of 10, but also created another system that took into account the difficulty taken to perform the routine. It took a while to catch on, but now it is regarded as a good solution to a few scoring problems.

Used for the first time in 2006, the International Gymnastics Federation implemented the new code as a way to solve some of the problems inherent with judging expert athletes out of just a scale from one to 10.

An example of this dual scoring system being used was during the famous vault executed by McKayla Maroney, the 2012 world champion. She was poised to win the gold medal for the vault competition during the 2012 London Summer Olympics, but after what judges considered a less-than perfect landing in one of her event finals, she received the silver. Even though she did not receive the score she had sought, she received a difficulty score of 6.5, which took into account the difficulty of the rigorous jumps she was attempting to do.

So while you may not have been aware of it, the new scoring system has definitely been used for quite some time and will be used as an evaluation system in the Rio Olympics. And if you hear Simone Biles receive a score higher than 10 during the vault competition, it's not because she somehow managed to eclipse the maximum score — it's because of the new scoring system.