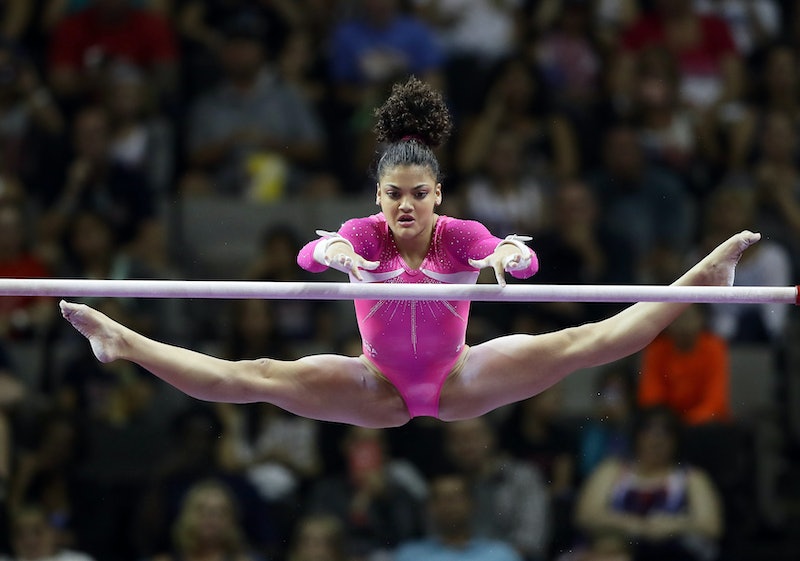 There will be shiny leotards, sparkles, and hairspray aplenty during the women’s gymnastics competition at the 2016 Summer Olympics in Rio de Janeiro, but the sport offers much more flash than its outfits alone do. In The End of the Perfect 10: The Making and Breaking of Gymnastics’ Top Score—from Nadia to Now, writer Dvora Meyers explores the fascinating evolution of gymnastics, from the Perfect 10 era to the present. She brings readers through the sport’s captivating history — both the good and the bad — and examines how key players and events have impacted its trajectory.

Throughout The End of the Perfect 10, Meyers delves into various aspects that have made the sport so appealing to so many over the years. An engaging storyteller, her depiction of iconic moments will hook you, even if you already know the tales. It is clear that she is more gymnastics-obsessed (in a good way) than the average person, but her book isn’t just for those who grew up in gyms and at meets. In fact, Meyers lays the groundwork needed to better understand and enjoy the popular sport.

Below are 10 important things you should know about gymnastics, as explained in The End of the Perfect 10, heading into the Rio Games.

If you haven’t kept close tabs on gymnastics since 2006, you might have missed that the scoring system has changed. Gone are the days of Olympic gymnasts scoring Perfect 10s; instead, they’re awarded a start value based on their degree of difficult, and judges deduct — or don’t — based on their performance to determine their final score.

2. The Sport Has Become More About Athleticism Than Artistry

When the Perfect 10 went by the wayside in favor of the Code of Points, the change encouraged gymnasts to try increasingly difficult skills. As a result, Meyers explains, the sport’s competitors have become stronger and more powerful, with artistry and flexibility becoming less important than they once were.

Young teens became more common in Olympic gymnastics in the 1960s and ’70s, and the athletes had special appeal to young girls, which remains the case today. “Fans … didn’t have to project themselves more than a few years in the future to imagine competing at the Olympics,” writes Meyers. My eight-year-old self can vouch for that.

4. Gender Roles Have Impacted The Sport

Many gymnasts today are muscled powerhouses, but they once embodied a more stereotypically “feminine” ideal. Meyers highlights the sport’s tradition of focusing on grace and artistry and how you can still see it in the way female gymnasts’ floor exercise routines include dance elements where those of the men do not.

Gymnastics judging at the Olympics usually doesn’t come into the spotlight for positive reasons. Even with the Code of Points, the system is still flawed. As Meyers points out, the judges are only human, so it is impossible for them to pick up on every single mistake. The Code does aim to make scoring more objective, though.

6. … But That Doesn’t Mean Scores Are Always Fair

Let’s face it: Gymnastics has had more than its fair share of scoring controversies over the years. Meyers interviewed judges who discussed feeling pressure not only to score like fellow panel members but also to appease the audience. In fact, a particularly incensed reaction from spectators at the 2004 Athens Olympics led to the implementation of the Code of Points.

With gymnastics having moved beyond the Perfect 10, competitors don’t necessarily have to be as flawless to win. As mentioned above, the newer scoring system emphasizes difficulty, so challenging elements, even when performed imperfectly, can bump up a gymnast’s score. The boost can be enough to finish ahead of a rival whose execution of easier skills was better.

8. Favorites To Win Are Clearer Under The Code Of Points

The fact that gymnasts go into a competition with predetermined start values, based on difficulty, means that there are arguably fewer questions marks come game time. If an athlete comes in with a high enough start value compared to her competition, it is clear that she’ll win unless she makes a big mistake. In the Perfect 10 era, however, the universal max score made upsets more likely, Meyers points out.

There was a time when some gymnastics coaches came under fire for working their young athletes too hard, forcing them to eat too little, and more. Meyers recounts some of the horror stories and how the situation has improved over the years. She quotes one gymnast-turned-coach who assured her that “it’s just a different time now.”

10. Not All Countries Have An Equal Shot

U.S. women’s gymnastics has become a dominant force at the Olympics, taking a position once held by Eastern European countries. We do have some distinct advantages to keep in mind, though. As Meyers explains, our country’s population increases our odds of churning gold medal-worthy gymnasts, and it helps, too, that we have the resources to help them reach their potential.