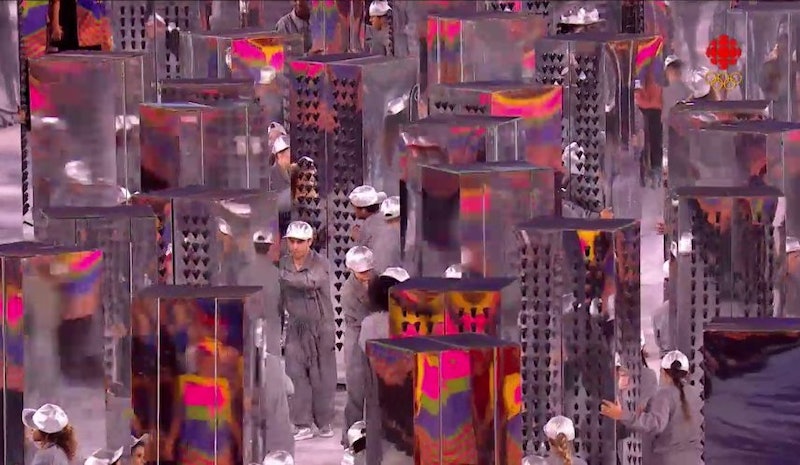 Here's what I love about The Olympics, you never know what you might see. For example in Rio, the 2016 Olympics opening ceremony featured large cheese graters. OK, they weren't actually cheese graters, they were metal boxes that the athletes put seeds in, as part of the theme of growth and supporting the environment. They were really very cool. But, they also looked like cheese graters, so many memes were made by viewers watching. I mean, what can you expect from the Internet besides jokes, y'know?

People from all over the world tuned into the opening ceremony, ensuring that literally everyone saw the cheese graters to have an opinion about them and to meme-ify them. Most of the Twitter jokes seemed to stem (get it? That's a plant joke) from curiosity as to what the boxes even were to why they were happening. Then there was a cheese grater dance, so people really loved that one judging by the number of tweets about the boxes.

I'm not one to knock gardening attempts, and I think the idea behind the contraptions was really cool. They also just looked kinda silly and the internet loves silly things, as evidenced by these hilarious cheese grater memes.

According to Culture magazine, the inventor of the grater was actually François Boullier from France.

Who You Gonna Call?

Gotta hand it to Rio, they know how to get the people talking.