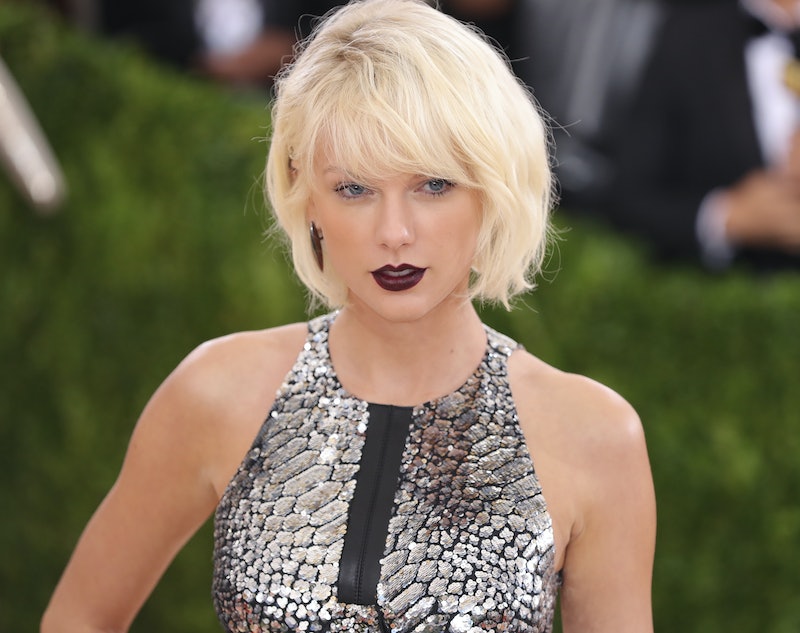 The dream you didn't even know you had came true on the night of Saturday, Aug. 6. People reports that Taylor Swift joined Nelly on stage for an amazing duet at best bud Karlie Kloss' 24th birthday in the Hamptons. It seems Swift was simply a member of the party before Nelly called her up on stage to perform his hit featuring Kelly Rowland, "Dilemna," which she did flawlessly (of course). It's not the first time Nelly and Swift have performed together; in St. Louis, Missouri on Taylor's 1989 tour, the duo collaborated with Haim on Nelly's "Hot in Herre." Yet this newest performance is so good that you'll be dying to get Nelly and T.Swift to collaborate on an actual album ASAP.

Nelly has not released an album since M.O. in 2013 s,o how great would it be if his next one had Swift on a few tracks? These two artists both have the ability to create hits that get everyone in the club dancing, so can you even imagine the magnitude of a song that they would create together? No one would ever leave the dance floor, clubbers would stay out forever, and the world as we know it would cease to exist. A song like that would have power.

Even if the two don't end up creating an album, though we'll always have their duet at Kloss' birthday. The model turned 24 on Wednesday, Aug. 3, and Swift has definitely done her best friend celebratory duty by performing with Nelly. It's good to see the singer having so much fun, as Swift has stayed out of the public eye for a few weeks now, ever since Kim Kardashian shared video of a phone call between Swift and Kanye West discussing the lyrics behind "Famous." It's nice that she's able to let loose for a friend's big day.

Swift started the best friend birthday train on Kloss' actual big day, by sharing a photo of she and the supermodel on Instagram with the super sweet caption, "You're such an exquisite person, always trying to make things better for others. Every day I'm inspired by how giving, loving, and thoughtful you are."

Swift also made it a point to spend some time with her bestie on the day of, even though the two were "halfway around the world." Kloss shared a photo on Twitter of Swift's smiling face on her iPad, alongside a beautiful sunset and a bouquet of flowers. How sweet is that?

It's almost difficult to decide which friendship I 'ship more — Swift and Kloss or Swift and Nelly. I think the ultimate compromise would be a Swift/Nelly collaboration with Kloss starring in the music video. I'm giddy just thinking about it.