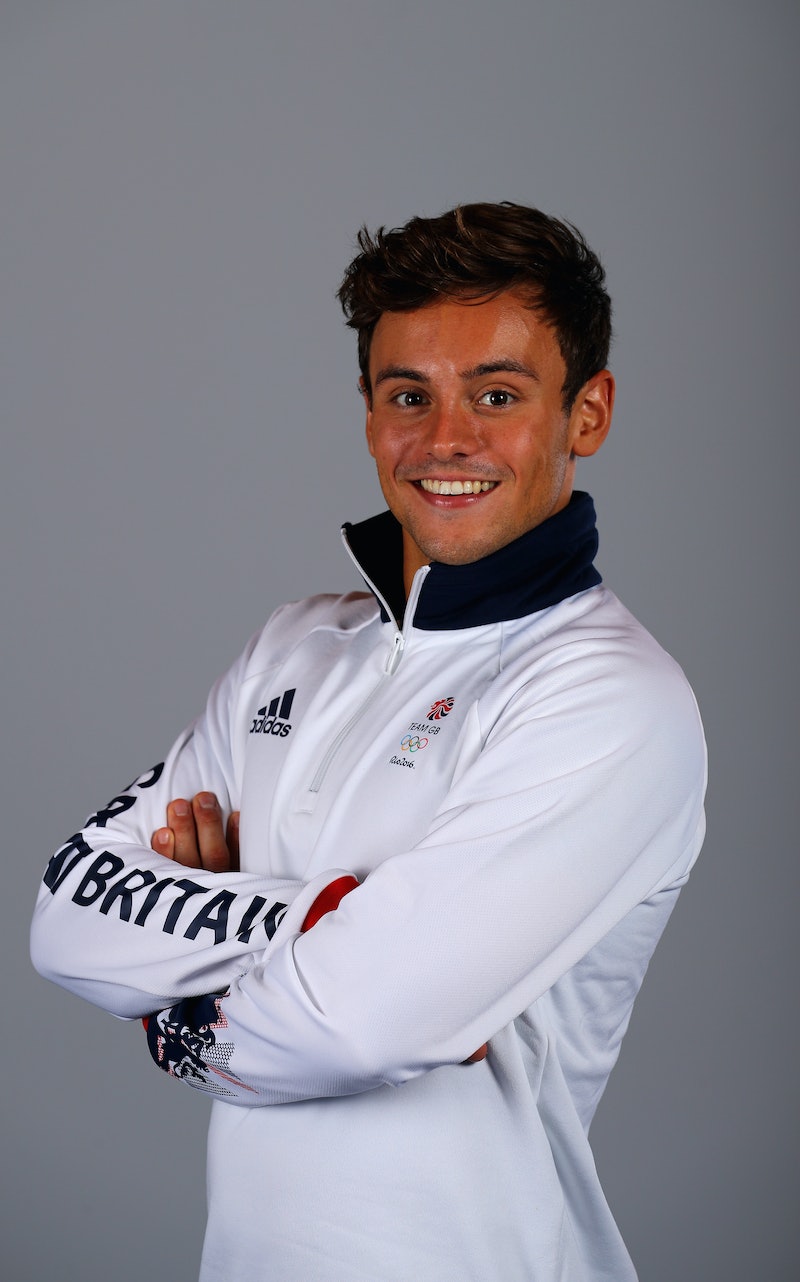 British diver Tom Daley is only 22, but he's already done so much: He won a medal at the Olympics, earned millions of views on YouTube, and has fallen in love with now-fiancé Dustin Lance Black, an Oscar-winning screenwriter and LGBT rights activist. So perfect, right? Sigh. Tom Daley's wedding is coming up soon, so get ready to watch these nuptials take place with a mix of admiration and envy. According to The Plymouth Herald in the UK, Daley's mother Debbie told his hometown paper that the happy couple will wait to tie the knot until after this year's Olympics, letting him focus on training and competing for that elusive gold medal in Rio de Janeiro.

Last year, Daley and Black adorably announced their engagement the old-fashioned way: with an small ad in the "Births, Deaths, Marriages" section of The Times newspaper in the UK, according to The Guardian. But Daley first announced his love for Black in a more modern way, posting a confessional YouTube video in 2013, during which he publicly came out as gay and proclaimed: "In spring this year, my life changed massively when I met someone, and they make me feel so happy, so safe and everything just feels great." Aww.

Together and alone, Daley and Black have accomplished so much. At age 18, Daley won bronze in the 10-meter dive during the 2012 Olympics in London. Black, meanwhile, won the Best Adapted Screenplay Oscar in 2008 for his script for the film Milk, based on the life of Harvey Milk, one of the first openly gay officials to be elected to public office in the United States. So wait. How exactly did the young Olympic diver and the now-42-year-old Hollywood screenwriter meet? In an interview with OUT magazine, Daley and Black recalled first meeting at a dinner organized by a mutual friend. The night included many coy glances at each other and Daley Googling Black, the duo recalled. Ultimately, Daley grabbed Black's phone before he left and entered his number with a winky face. And so their story began.

It's so nice to see that when the Olympics ends on Aug. 21, Daley will dive right into another exciting big event: His upcoming wedding to a man he truly loves.