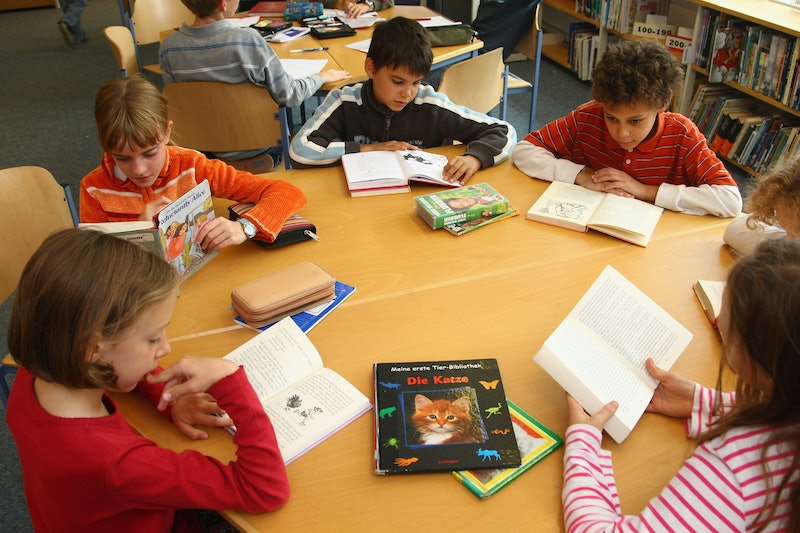 A parent group in the UK is making headway with its "Let Books Be Books" campaign, which is aimed at changing the way books are marketed to children. Essentially, the group wants publishers to market books in a more inclusive fashion, not labeling some books "For Boys" and others "For Girls." Because while we all know that gender based marketing strategies and the stigma of "chick lit" are very much a thing for adult and young adult books, with kids' books the gender divide is often right there in the title.

And it's great that someone is raising objections, because this stuff gets real infuriating, real fast. Take the Big Book of Boy Stuff versus the much lamer Big Book of Girl Stuff, for example. Boys get to learn about magic tricks and fireworks and science experiments, while girls get friendship bracelets, shopping, and how to calm a crying baby. I kid you not. And these books are far from the exception. Just look at the Boy's Book of Survival versus the Girl's Book of Glamour. Or the Boy's Book of How To Be The Best At Everything versus the Girl's Book of How To Be The Best At Everything . I mean, you'd think "everything" would be a bit more inclusive, but apparently not. And this is still the tip of the iceberg.

Which is why it's awesome that the "Let Books Be Books" campaign wants to put an end to all this nonsense. As part of its petition to several children's book publishers, the campaign says, "A good book should be open to anyone, and children should feel free to choose books that interest them. It's time to Let Books Be Books." And we couldn't agree more.

Even better, they're already seeing results! The petition has been up less than a week and only received about half their desired signature count, but publishing house Usborne has already said that they take these sorts of complaints "very seriously" and as such have "no plans to produce any titles labelled 'for girls' or 'for boys' in the future." Victory!

Now for the rest of the publishing industry. And the sooner the better because the fact this is still going on in 2014 is ridiculous. If I actually have to explain to you why giving kids the impression that science experiments are for boys, then you're doing something wrong.