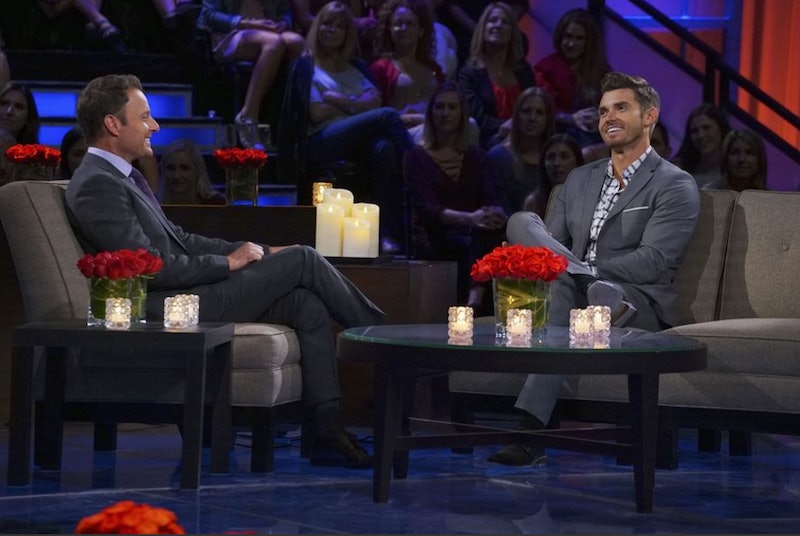 The most recent Bachelorette season ended with an emotional beach-side proposal from last-man-standing Jordan Rodgers to JoJo Fletcher. That love story is wrapped up until the inevitable spin-off, so it's time to start looking ahead to next recurring phase in the reality dating juggernaut franchise: The Bachelor. Suitor Luke Pell was dismissed by JoJo before the final rose ceremony — the finale came down to Jordan and Robby Hayes — but the show's "war veteran" was no slouch in the competition. It's pretty much a lock that the new Bachelor will be plucked from JoJo's Bachelorette journey. (It's the Bachelor circle of life, and it moves us all.) Luke charmed JoJo and the audience for most of the season, and he's definitely got the face to decorate those Bachelor billboards. He's a frontrunner, as far as I'm concerned. But what would Luke's Bachelor season be like? The time has come to get those imaginations working.

First of all, Luke has the personality to carry his own show. There's an ease about him that some of his fellow Bachelorette contestants didn't have this year. The Texas boy has got that all-American appeal thanks to his service to the country. And I'm sure I don't have to remind you that his physical chemistry with JoJo was off the charts. Was that a special case, or does Luke jive with every lady he meets? I wouldn't mind finding out. Here's what else I'd be expecting to see if Luke becomes the next Bachelor.

The show's producers dubbed Luke the "war veteran" but they could have also chosen "the singer-songwriter" as his calling card. Luke is a musician, with legit recordings and live performances under his belt. That talent ought to translate into some musical wooing. Who can resist a handsome guy with a guitar?

Luke is a big family guy. And I mean that like he's really big into hanging out with that family; and also like his family is gigantic. I foresee his relatives planning a major role in his season. A good chunk of Burnet, Texas will have a personal stake in who Luke chooses.

At least one golf date; I'm calling it now.

Luke is a huge proponent of adopting shelter dogs, which automatically sends him 15 notches up in my book. Wouldn't it be adorable and responsible if The Bachelor featured adoptable rescue dogs to draw more attention to their plight and find them forever families?

So much plaid. All the cowboy boots. And the heaviest belt buckles you've ever seen, because everything is bigger in Texas.

Luke speaks at schools about his experience at West Point and in the military. I can envision a solo date where one of the contestants accompanies him to meet a rowdy group of sixth graders. Adorableness ensues.

It's all just speculation for now, but Luke's Bachelor season could be the most fun (and sexy) ever.