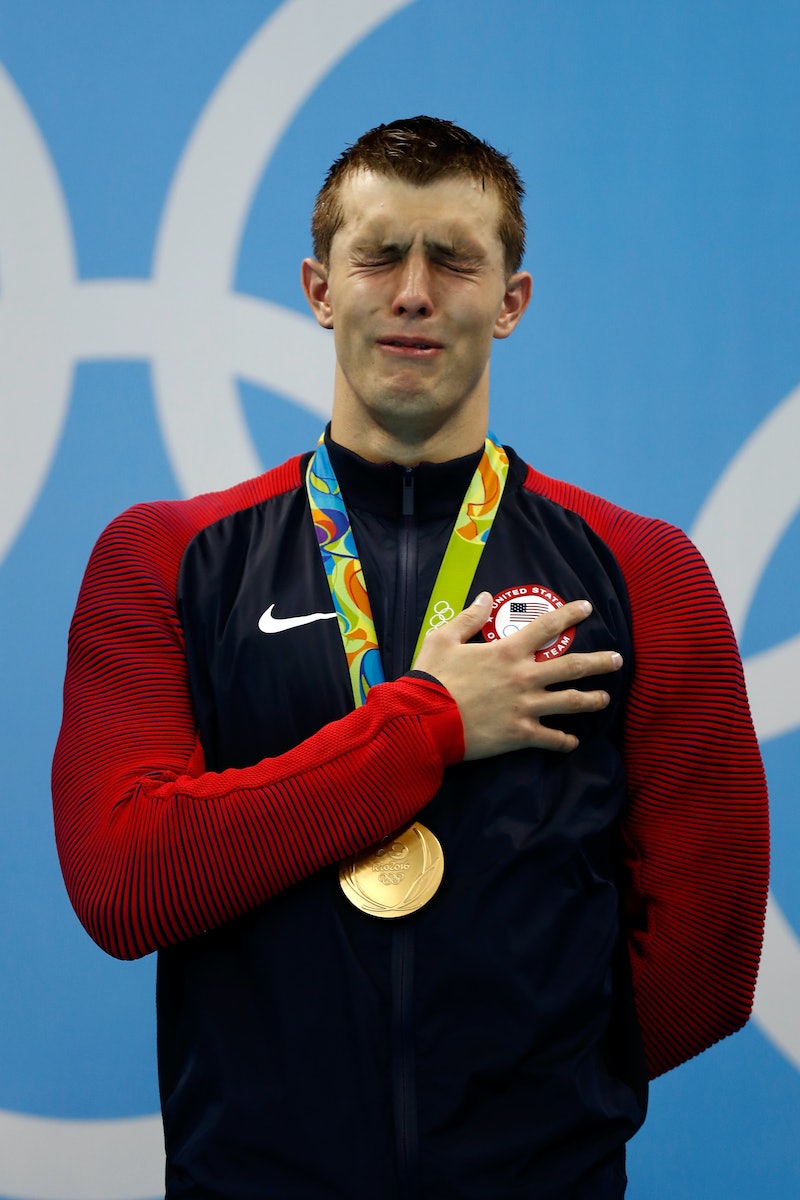 The 2016 Summer Olympics may have just began, but they've already been an emotional rollercoaster for everyone both competing in the games and watching from home. When 21-year-old swimmer, Ryan Held, won the Gold for the 4x100 meter freestyle relay alongside fellow members of the U.S. swim team, Michael Phelps, Nathan Adrian, and Caeleb Dressel, there was no holding back his major feels. Now that he's won the hearts of the American public, the American public might want to win his heart as well. Is U.S. swimmer Held single?

The swimmer was overcome with emotion when they played the National Anthem and, therefore, so was the internet. Fans took to Twitter to express their love and support for the tearful man, and even Held himself didn't hold back when describing the emotional moment. "I didn't think I was going to cry. I was too tired to cry, I didn't think I could cry," he said. "I've heard the national anthem hundreds of times, but as soon as that played it was just something different. The tears just started rolling down my face."

Well, start whipping away your own tears ladies. Held is, in fact, off the market. According to his official Instagram account, @heldilox, his relationship with his girlfriend Caroline Estep is going strong. In fact, the North Carolina State student and fellow swimmer has been dating Held for nine months. In addition, she's been nothing but supportive towards Held during the games. In fact, he posted a photo with Estep just last week, when she traveled to Atlanta to visit him while he was finishing up training for the Olympics.

During that unforgettable Gold medal moment, Estep took to Twitter and Instagram to support her man and share in our emotions. Seriously, her excitement and love for him couldn't be cuter.

Their relationship deserves a Gold medal all on its own. But we can, by all means, continue to wallow in our own love for Held from a distance. His tearful moment was definitely one worth remembering.

Excuse me while I spend the rest of my day watching this medal ceremony on repeat.