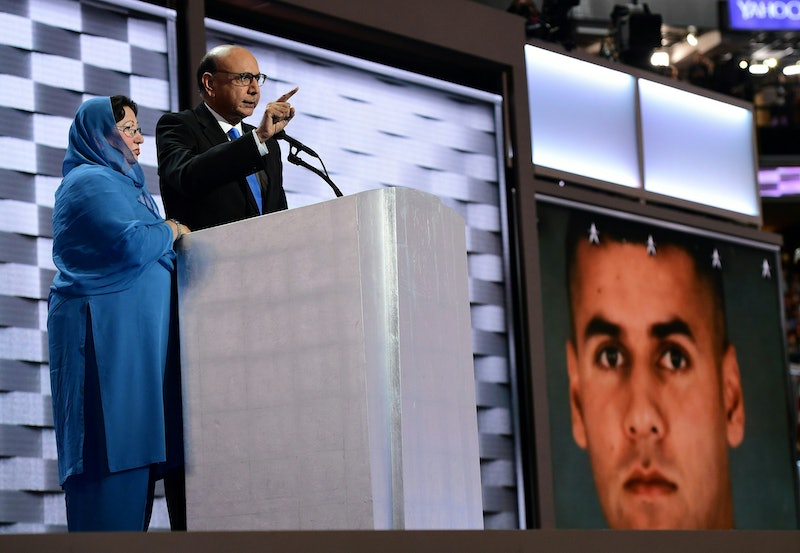 On Monday, America received news of yet another third-party electoral option. Evan McMullin is expected to announce his presidential bid as an independent conservative candidate. With the reported support of influential GOP Never-Trumpers, people have been trying to figure out who McMullin, the former chief policy director of the House Republican Conference, is (he was relatively anonymous 12 hours ago), and what his positions are on the key issues in the 2016 race. Given that religion has taken center stage in this race in some unexpected ways — specifically, with GOP nominee Donald Trump’s variations on calls for Muslim travel and immigration bans — what are McMullin’s views on Muslims?

While not yet having established an immediate position on Trump’s proposed ban on Muslims coming to the United States, McMullin came out forcefully against Trump’s attitude toward Muslims in the past week on Facebook. “As Donald Trump continues attacking Muslims and as a former CIA officer, I'd like all Americans to know the truth: American and other Muslims have played a central role in virtually every counterterrorism win we've had since 9/11,” McMullin posted earlier this week. “They are an indispensable asset in this fight. Attacking them as a group makes America weaker, not stronger.”

McMullin’s comments came after a week Trump spent in a media battle with the parents of Humayun Khan, a U.S. Army captain who was killed in Iraq in 2004.

For those Republicans who have found Trump’s treatment of the gold star parents untenable, McMullin could provide them another option at the voting booth in November.