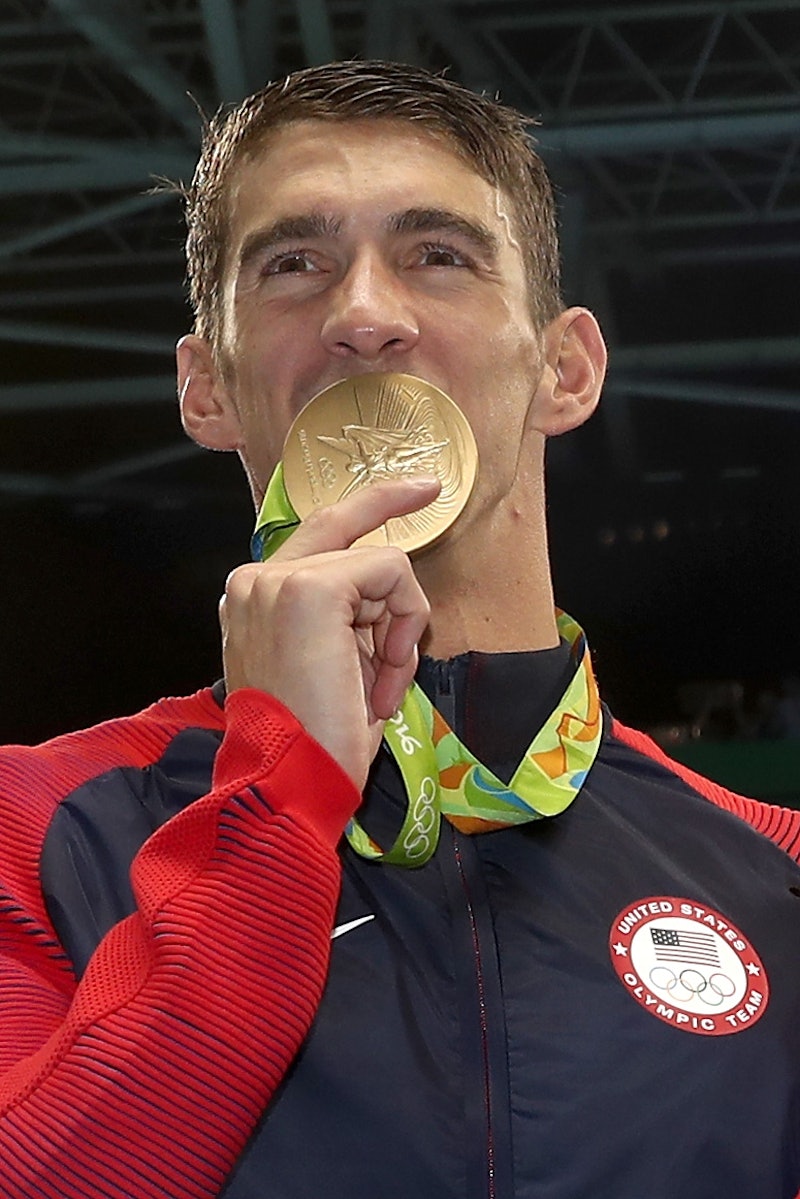 Despite having no athletic ability, as a child I fantasized (while standing on a box) that someone was looping a gold medal around my neck as imaginary crowds of fans chanted "USA, USA." Olympic medals are surely priceless to the athletes who work so incredibly hard for their place on podium, but I have to wonder: how much do Olympic medals go for... and can I afford one?

Gold medals from the London 2012 Summer games, which are comprised of six grams of 24-carat gold and the remainder sterling silver, have an approximate scrap value of $501 according to Money.com. CNN reports that Rio's gold medals have a current market price of $587 for the material alone. These prices are well within my Olympic collector's budget, but I am not looking for a DIY metal work — I want the real thing, and that's a bit more expensive.

Olympic medals are collector's items, and are frequently sold at auction. The desirability of the medal depends on varying factors from the year of the event to the athlete who won it. To get a sense of the price range, Money.com points to a recent Olympic memorabilia auction which took place in January of 2016, where prices for gold medals started around $10,000 (too rich for my bank account).

A gold medal from Chamonix 1924 sold for $47,746.83 (the year of the first Winter Games), while another from 1956 went for only $10,114.83. These lofty prices are peanuts compared to the nearly $1.47 million a bidder paid in 2013 to own one of track and field legend Jesse Owens' four gold medals from the 1936 Berlin games. This medal is drenched in historical significance, and ranks as the most expensive piece of Olympic memorabilia to date.

While I certainly can't afford a gold Olympic medal (I'll take a new car instead), perhaps second or third place would be more affordable? While silver and bronze are not as coveted as gold, these medals are still valuable to collectors. A silver medal from the 1908 London Summer Olympics sold for $9,781.63 at the January auction, and another from the 1924 Olympics sold for just over $8,000. If you believe bronze might fit in your budget, these medals still priced in the thousands.

To get your hands on one of these special prizes celebrating supreme athletic ability, start saving. The 306 events taking place in Rio means quite a few more medals are being manufactured by the Brazilian mint, and may soon rank as hot collector's items (this year has certainly been a memorable one).

Surely, if Michael Phelps continues to win events, he will sell me one of his 23 Olympic medals (preferably one of the 19 gold ones) at a discounted rate? Please??