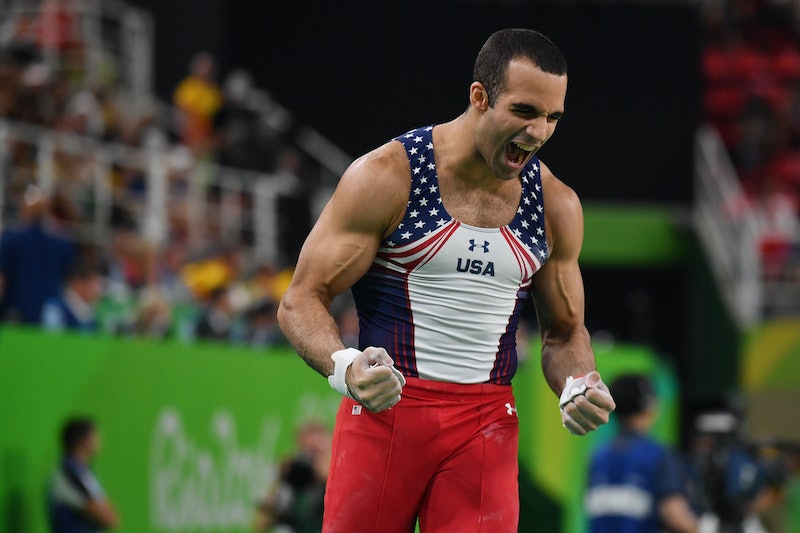 The 2016 Olympic Games have officially started, and the competitions are in full swing. This year, the games welcomed 10,000 athletes from around the world to face off in the many summer sports from swimming to tennis to gymnastics, and Team USA is definitely off to a strong start. As the men's gymnastics events unfold, we want to know, who is Danell Leyva? The Team USA athlete is the only U.S. male who won a medal for the gymnastics team in the 2012 London Olympics.

Leyva is a 24-year-old from Miami, Florida, and was born in Cuba. Leyva was excited to be in Rio not only for the competition but also because of how much it reminded him of home, Miami Herald reported. "I love the culture and the atmosphere here because it feels so much like Miami; Brazilians are like Cubans, it's beautiful," Leyva told the Miami Herald.

Since arriving in Rio, Leyva has helped his team advance to the Aug. 8 team finals thanks to his impressive performance on the parallel bars and horizontal high bar. Leyva didn't initially make the team after the trials, but he was ultimately chosen as an alternate to compete in the games after teammate John Orozco injured his ACL. And choosing Leyva as an alternate was definitely a smart choice, given that his performance on Saturday night helped put the U.S. in second place behind China.

Leyva has had an impressive career in the sport. While competing in London, he took home the bronze medal in the all-around event and has won a total of five world championship medals since 2011 — three individual, two team. That makes him "the most decorated U.S. man since Paul Hamm," according to USA Today.

In an interview with NBC, Leyva shared when and how his passion for gymnastics first started: "I was 3 years old when I first saw a video of gymnastics and I was immediately hooked. I didn't even know what gymnastics was exactly but I saw people 'flying' and flipping and I fell in love with it." Since that first glimpse of the sport, he started training, first in a gymnastics class and then with a friend of the family, former Cuban gymnast Yin Alvarez.

Leyva became only the fourth American male gymnast to ever win an Olympic all-around medal when he took the bronze in 2012; the previous medalists were Paul Hamm (gold, 2004), Peter Vidmar (silver, 1984), and Julius Lenhart (gold, 1904).

Make sure to keep an eye out for some more broken records from this young gymnastics star.

More like this
Chelsea Woody On Shattering Stereotypes In Surfing
By Leah Groth
What Is Jeanie Buss' Net Worth? The Lakers President Is Uber Rich
By Hugh McIntyre
The 10 Best Waterproof Watches For Swimming
By Lauren Moison
7 Exercises That'll Level Up Your Tennis Game
By Carolyn Steber
Get Even More From Bustle — Sign Up For The Newsletter