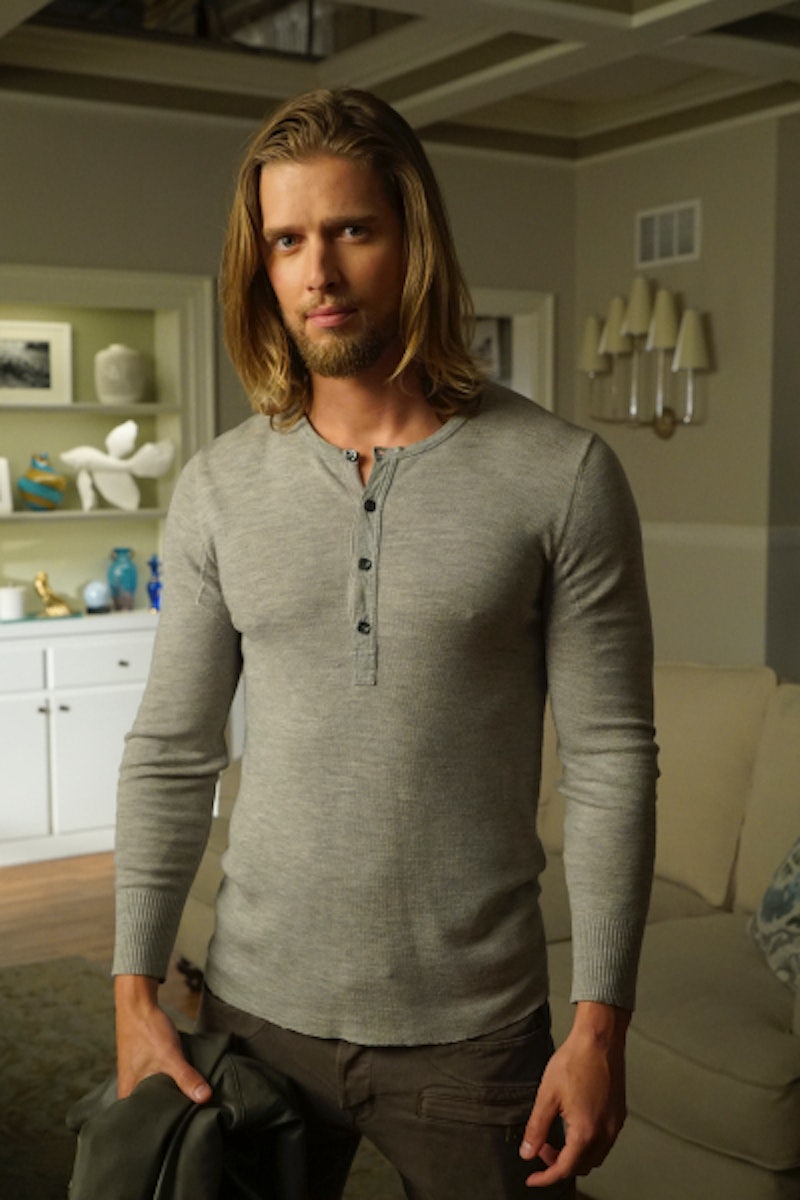 As I'm sure most of you are already aware of by now, Jason is returning to Pretty Little Liars during Tuesday's episode "Original G'A'ngsters" and from the look of things, he's going to have some choice words to say to his aunt, Mary Drake. In fact, the promo shows him flat out telling her to "get the hell off my property" within seconds of meeting her. However, that isn't the only intriguing aspect surrounding his return. The 30-second clip also shows him talking with Aria, who seems very anxious to see him back in town. "You haven't told anyone, have you?," she asks him, to which he responds: "Let's keep it our secret." What exactly are they talking about? What happened between Aria and Jason that neither of them wants to get out? In my mind, there are a few different ways this could play out.

Initially, my instinct was to completely write this interaction off, given how these promos tend to be very misleading. But there's no denying that these two are definitely hiding some sort of secret together. One possibility is that the two of them hooked up at some point during those five years she was apart from Ezra. I highly doubt Liam was her only love interest in all of that time and the two of them certainly have had chemistry in the past.

If that's the case, then I can definitely understand why Aria is trying to keep their little affair under wraps, especially now that she only just got engaged to Ezra. It's not as if being with Jason was wrong by any means. She was single at that point, after all. (Plus, he's a gorgeous male specimen, so who can blame her?) But I can totally see Aria convincing herself that Ezra just doesn't need to know about something that happened so long ago. So naturally, that means it's bound to come out at some point and stir up trouble for the newly engaged couple.

But what if it's not as simple as a secret hook-up? What if it involves something much more sinister than that? There's always a chance this could have something to do with Charlotte or the N.A.T. Club or one of the other big mysteries PLL has yet to answer. Aria could've seen Jason in town on the night of Charlotte's death or maybe she reached out to him when Alison checked herself into the psychiatric ward and the two of them have been corresponding ever since.

Or maybe this is yet another red herring and I've been tricked once again. Any outcome is possible at this point. My main concern is just giving Jason a good enough reason to stick around because if this just turns into a one or two-episode visit, I'm going to have to make like A.D. and unleash some serious vengeance.