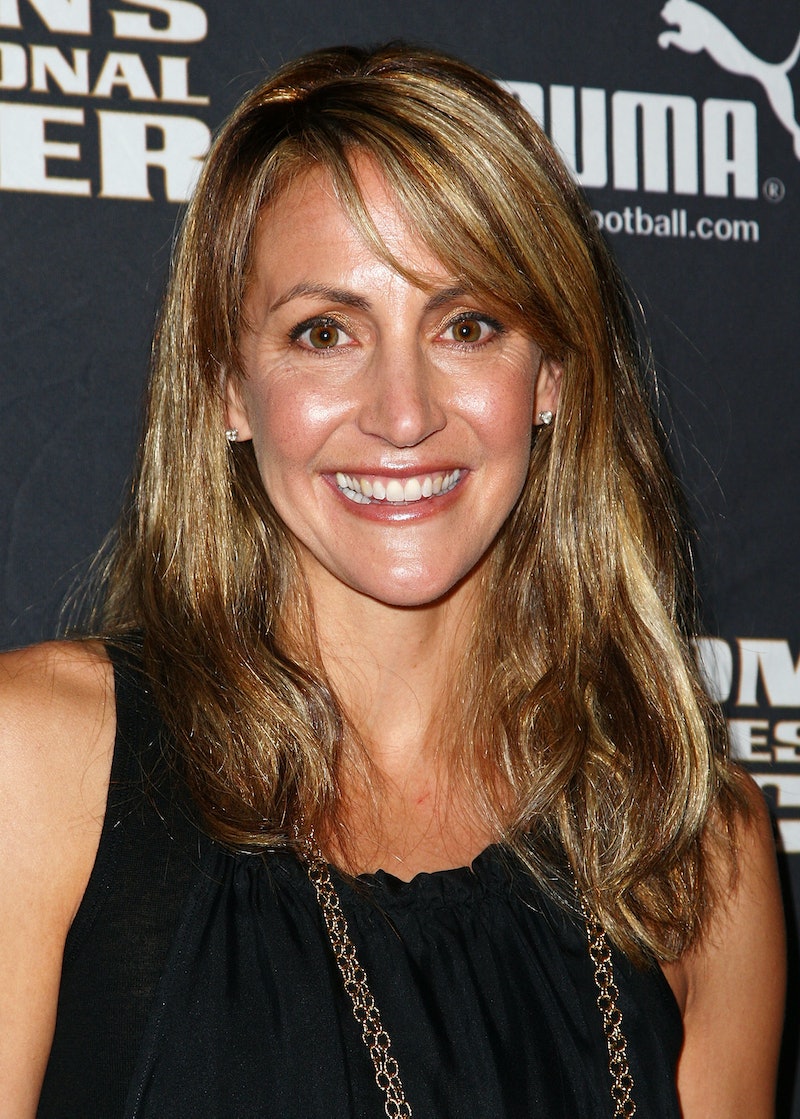 To me, nothing was ever purer or more entertaining than '90s television shows. I know I am biased because the '90s were the height of my childhood years and were a wonderful time when after-school snacks, television, and playing outside were the only things that mattered. I was a very curious and adventurous child raised in Florida (the head of Nickelodeon, of course), so '90s game shows were kind of my favorite thing in the world. While the game shows captured my imagination with various challenges and trivia, the hosts really brought the action to life, so I thought it'd be fun to round up the eight best '90s TV game show hosts who us '90s kids miss to this day.

I grew up visiting Universal Studios, were they filmed many of the Nickelodeon shows I loved, and I felt like I was walking on holy ground. Hey, I was a kid and times were simple back then! Thinking back, '90s TV game show hosts had to have a lot of patience and personality to keep the attention of flighty and often hyper child contestants. But still, they had a pretty sweet gig then and probably have some cool stories and memories to share forever.

This man was synonymous with Nickelodeon game shows, and I saw him more than I saw some of my family members during that time. He is the OG of kids game shows, hosting Double Dare and What Would You Do?, and continued his career by hosting Unwrapped in the '00s. He is an icon of Nickelodeon shows and to celebrate Double Dare 's 30th anniversary, Summers hosted a special live stream edition of the show at San Diego Comic-Con in July. He told Entertainment Weekly, "Thirty years later, people still stop me on the street every day and tell me playing Double Dare is the one thing they wish they could have done growing up.”

Without question, Legends Of The Hidden Temple was my favorite game show, and I desperately wanted a chance to go to Olmec's temple. It never happened, but host Kirk Fogg and his super '90s denim-on-denim uniform will forever be a part of my childhood. Earlier this year, Variety reported that Nickelodeon was rebooting Legends Of The Hidden Temple into a TV movie, and Fogg would be a "key figure" in the film. I will probably watch this.

Summer Sanders was an inextricable part of my summer days when she hosted Figure It Out. The show was awesome in that they invited kids with awesome and/or weird talents and had your favorite Nickelodeon stars on a panel to figure out what the talent was. It was just a win/win for everyone involved. Plus, Sanders is a 1992 Olympics swimming gold medalist, so she was a great role model, as well.

Sometimes I forget that Mike O'Malley had an acting career after Nickelodeon, because I will always remember him from GUTS. As the host of GUTS, he always made everything seem way cooler with his over-the-top personality, and the kids loved his enthusiasm. Bonus points go to Moira "Mo" Quirk, GUTS' referee who kept things in cool and in control, but always fun.

Color me shocked when I found out that the host of Wild & Crazy Kids , Omar Gooding, is Cuba Gooding, Jr.'s brother! Gooding was one of three hosts who originally appeared on the show in 1990, the others being Donnie Jeffcoat and Annette Chavez. Gooding lasted the longest on the show, which pitted large teams of children against each other in games that were a kids' dream come true, like three-legged races and home run derby.

PBS' Where In The World Is Carmen San Diego? was created to teach kids about geography in a fun and exciting way. Host Greg Lee served as the "Senior Agent," and Lynne Thigpen as "The Chief," as characters that took contestants on a ride through the globe. Lee and Thigpen kept things exciting with their dancing, raps, and silly banter, with intermissions of the Rockapella singing group. The '90s were an interesting time.

Before J.D. Roth was co-creator of The Biggest Loser and tons of other shows, he was a TV game show host who hosted '90s gems like Fox's Fun House and Animal Planet Zooventure. While I was too young for Fun House, I do remember how cool it would be compete in challenges to be a zookeeper for a day in Zooventure . Roth made Fun House fun enough for a young Leonardo DiCaprio, so I think he knew what he was doing.

Nick Arcade was one of the coolest shows on Nickelodeon because they made an entire show centered around gaming, at a time when gaming was just developing. The show wasn't just about gaming, though, contestants actually got to go inside a video game, which was a lot for my '90s mind to behold. The show was made great by host Phil Moore, whose personality won the creators over when their original (kind of boring) host didn't cut it. All things happen for a reason and the rest is history.

Can we go back to the '90s now? Nothing really compares to these shows and hosts nowadays.