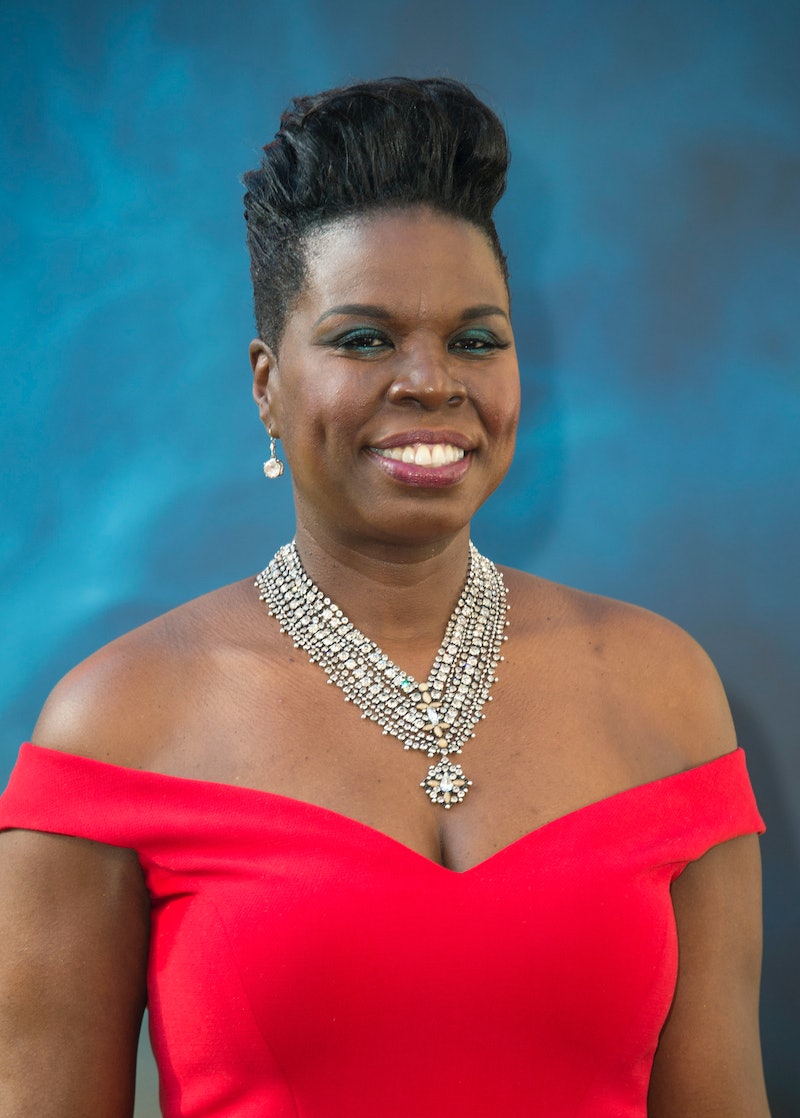 She may not be competing in Rio, but Leslie Jones is certainly winning the 2016 Summer Olympics thanks to her amazing commentary. If you haven't been following her tweets, then you need to change that immediately. The Ghostbusters actor has been covering the games since day one and sharing her thoughts via social media. Basically, she is the commentator you never knew you needed. And guess what? The comedian is so brilliant at it that Jones is actually going to Rio because of it. That's right, NBC Olympics executive producer Jim Bell invited her to Brazil and on Monday, she officially accepted the invite.

How did she announce her upcoming travels to Rio? Through Twitter, of course. In one of her announcement tweets, she is wearing her Rio Olympics hat and waving the American flag. She then sings loudly, "Guess who's going to Rio?" The Saturday Night Live comedian shared a second tweet and declares proudly in the video, "All right, so, you know, I'm going to Rio, 'cause we slay all day." She then chants, "Slay all day! Slay all day! USA!"

At this moment in time, I don't know if anyone else has as much spirit and love for America as Jones. Not only does her support for the games shine through on Twitter, but so does her patriotism. As she tweeted on Monday," We gonna win everything I'm telling you!! I AM AMERICAN SPIRIT!! USA!! USA!!" Need I say more?

Before taking up NBC on its offer, Bell extended an invite over Twitter, but Jones had to think about it. They exchanged several tweets back and forth. First, Bell took notice of Jones thanks to producer Mike Shoemaker (Late Night with Seth Meyers and SNL) pointing out how great of an addition she would be in Rio. Bell responded by tweeting, "OK @Lesdoggg you're officially invited to Rio. Want to come?" She perfectly responded by writing, "hmmmm don't play cause y'all need me! I would have the whole Olympics pumped!!" Obviously, you know how the rest goes, because she will soon be in Rio. It really is a beautiful thing.

Thank goodness she decided to go, because now the Rio Olympics are going to be even more entertaining. As for whether or not she'll actually be commentating, based on this segment from Headline News, it does seem she is joining NBC's coverage as a commentator. Why else would Bell invite her to Rio? She definitely needs to be on camera giving her thoughts and opinions, all while wearing her red, white, and blue gear. Who else can't wait to see her in action? It truly is going to be glorious.