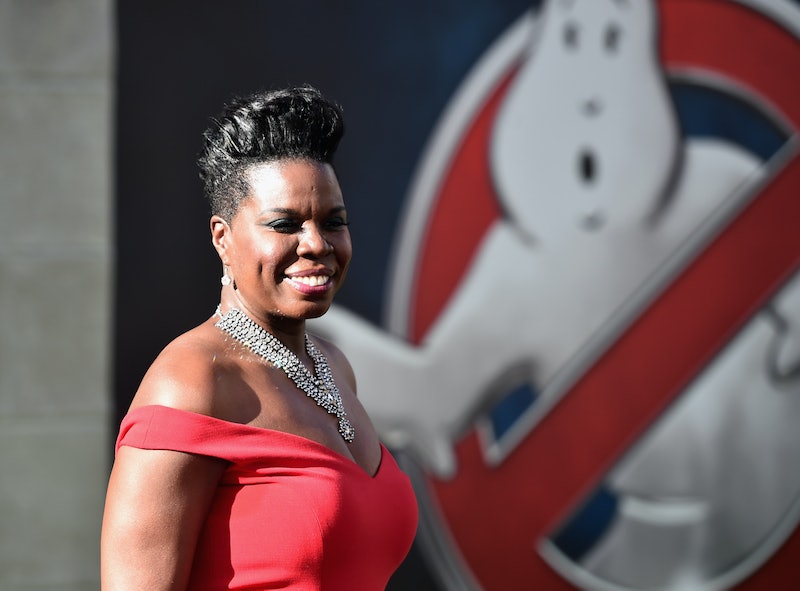 Whether you are obsessed with all things Olympics 2016 or are steadfastly ignoring the deluge of tweets about swimming, jumping, and kicking things on your Twitter feed you need to be following Leslie Jones' Rio Olympics commentary. Remember how great the Ghostbusters and Saturday Night Live superstar's Game of Thrones tweets were during Season 6? Her Olympics material is somehow even better.

Jones is not just being funny, she appears to be genuinely obsessed with all of the Olympics action — proving she is just like you and me, only cooler. Her Twitter feed is officially a shrine to all things Summer Olympics including some serious love for Ginny Thrasher, the first American Olympian to bring home the gold so far this year, and some impressive "USA! USA! USA!" chanting. No one is going to accuse Jones of not representing the home team.

The real reason you need Jones' commentary in your life is because it is way more entertaining than the actual Olympics commentary. No offense to the guys in charge of recapping the action, but Jones adds real excitement and flare to the action whereas the actual commentators just... well, commentate. It's honestly not their fault, living up to Jones' awesomeness is next to impossible. I mean look at her enthusiasm:

I don't think the professional commentators are allowed to show that kind of excitement. Jones is even giving personal shout outs to the USA Olympians as they compete. She gave Thrasher a special cheer for nabbing a medal, but she also posted special tweets for swimmers Elizabeth Beisel and Conor Dwyer. Jones has been watching all of the events, and she is just as passionate about cycling as she is about volleyball.

She is also totally rocking the most patriotic commentator outfit ever. Jones level of commitment from her living room is topping the commitment of people who are watching in Rio at this point. This ensemble is the ensemble of a woman who knows how to do the Olympics.

If you still need convincing — which, seriously, are you not seeing Jones' genius somehow? — then her series of tweets devoted to play by plays of the cycling event will do the trick. Jones had lots to say on the subject of people running in front of the cyclists, the crash that caused a major wipe out, and, best of all, the cyclists fortuitous turn by the Copacabana.

In conclusion, you only need one Olympic commentary in your life and it needs to be the one happening on Jones' flawless, USA-chants filled Twitter feed. If you are watching the games without Jones you are doing it wrong, guys.